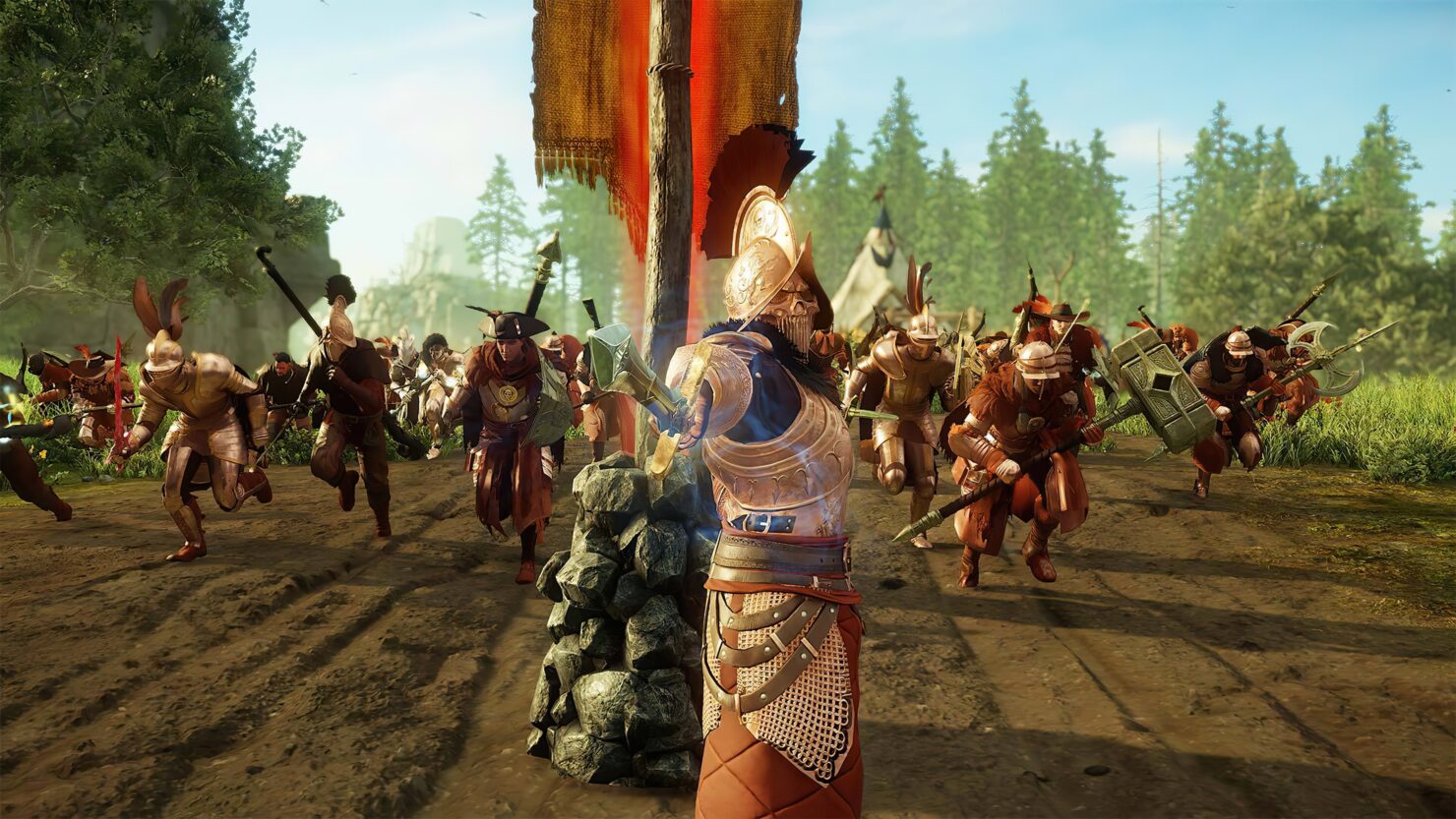 The Open Beta will take place between September 9 at 7:00AM PT (2:00PM UTC) and continue until September 12 at 11:59PM PT (6:59AM UTC). It will be the last chance to try New World ahead of the scheduled launch set for September 28th; if you're interested, you just have to request access via the Steam page.

There's also a new trailer, which you can watch below.

WHAT LANGUAGES IS THE OPEN BETA AVAILABLE IN?

Yes, during the Open Beta test you are allowed to share, record, or broadcast Beta content or gameplay. However, aspects of New World may change between Open Beta and launch, which may cause captured footage to become outdated. Check out our Content Usage Policy to learn more.

Open Beta is an important test for our server infrastructure and will feature a higher server capacity than the Closed Beta, but will not represent the full server capacity available at launch. Players may experience queue times during the Open Beta test.

WILL MY OPEN BETA PROGRESS BE CARRIED OVER TO LAUNCH?

No, there will be a progress wipe between Open Beta and launch.

WHAT HAS CHANGED IN NEW WORLD BETWEEN CLOSED BETA AND OPEN BETA?

Patch notes will be available on our official forums.

WILL I NEED TO DOWNLOAD A NEW VERSION OF NEW WORLD?

Yes, you will need to request access to the Open Beta client through the Steam Playtest tool, on the New World Steam page.