Screenshots of a restyled interface for the new Playstation Store (PS Store) have appeared online. 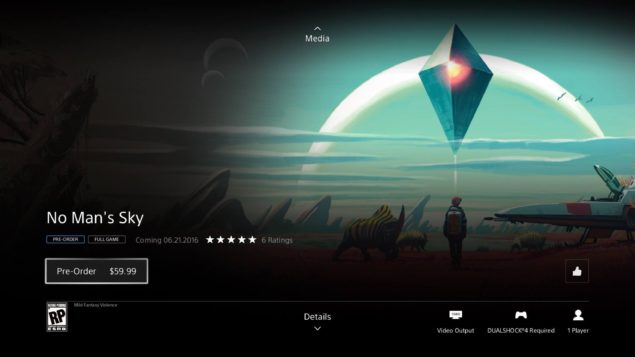 Earlier this month, Sony seemingly ‘leaked’ their revamped Playstation Store. Following the  leak, the Store was later reverted to its original state, indicating that the update was pushed through a bit too early.

Today some screenshots have been published online by Reddit user SuperJoho, who claims to be on the latest PS4 system software beta. At the moment of writing, the European PS Store hasn’t been updated yet, but several Reddit users are reporting that the revamped Store is live.

From the looks of it, each game ‘hub’ will have several pages that include expansions, bundles, media, additional details, themes, and more. In the new interface, game trailer’s will be automatically played in the game’s hub.

Overall, the design appears much cleaner, but performance seems to be lacking. According to Superjoho, “there's a 2 second black screen transition from PS Store to individual game pages”. Navigating trough the interface can be pretty sluggish.

Sony will probably be rolling out the updated PS Store globally anytime soon. We'll update when we learn more about the revamp of the PS Store.