Sony is apparently planning to update the PlayStation Store soon by giving it a full overhaul. The update was reportedly revealed recently by Sony Computer Entertainment when the pages dedicated to games on PlayStation Store were noticed by PlayStation 4 players to have received a complete revamp. However, the new design was shortly replaced with the old one, suggesting that the update was not meant to roll out at that point in time and was accidentally set live earlier than intended release schedule. 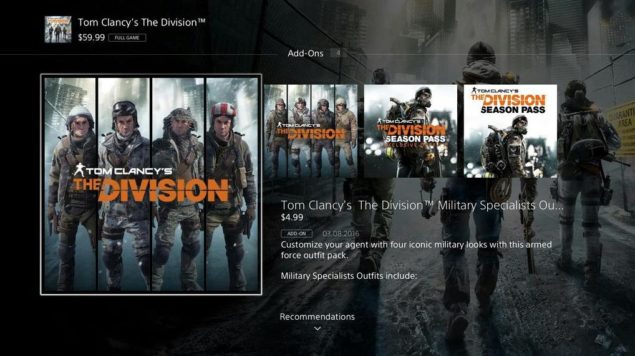 The new design was noticed by many PlayStation 4 players shortly after PlayStation Store started giving different error codes, with Error CE-38706-4 being the most notable one. One player took pictures and shared them on Twitter. The images feature a whole new look than what players usually get to see when they open game pages on PlayStation Store.

According to GameZone, the update allowed game pages to automatically play high resolution trailers in the background and each dedicated game page had its own multiple sub pages - including “Media, Details, Add-ons, Bundles, Avatars, Themes and Recommendations” – that provide more detailed information. Of course, games that don’t come with avatars or themes didn’t have those pages.

The update was taken down and this new design was replaced with old one after not too long by Sony. A number of noticeable mistakes in the listing also suggested that the update was made live before its actual release schedule. PlayStation 4 is set to receive Firmware 3.50 update soon. Whether this PlayStation Store overhaul will be part of the 3.50 update is currently unknown.

PSN Promotion ‘Big games, big discounts’ Lets You Save Up to 60% on Major Titles