When it comes to finding aliens, everyone loses their minds and we become excited like kids in a toy store. But the question is, will we ever be able to find aliens despite all our efforts? The renowned physicist Stephen Hawking thinks that we should stop looking for aliens and stop the continual broadcasting of our location to the Universe. According to him we are putting ourselves at great risk by trying to reach out to advanced civilizations.

The Warning about aliens

This warning is seen in a new online film, ‘Stephen Hawking’s Favorite Places’ and it shows the scientist exploring his favorite places in the Universe in a CGI spacecraft, the ‘SS Hawking’. While exploring Gliese 832c, a planet that lies 16 light years away, Hawking says in the film, “As I grow older I am more convinced than ever that we are not alone. After a lifetime of wondering, I am helping to lead a new global effort to find out.” He further adds, “The Breakthrough Listen project will scan the nearest million stars for signs of life, but I know just the place to start looking. One day we might receive a signal from a planet like Gliese 832c, but we should be wary of answering back." The Breakthrough Listen project is funded by the Russian billionaire Yuri Milner. This project is an attempt to find life in the Universe using radio signals. US$100 million were funded to this cause by Milner to keep this project going. Only recently it was announced that the project is turning its attention towards the hypothetical ‘alien mega structure’ that seems to be dimming the light of the star, KIC 8462852. This dimming could be the result of interstellar junk or a comet swarm but no one knows for sure.

Despite the fact that Hawking has worked to find alien life in the Universe, he is totally against the idea of communicating with them. He thinks that advanced life will view us as inferior and insignificant and this may put us at risk of getting conquered or invaded. He said in the film, "If so, they will be vastly more powerful and may not see us as any more valuable than we see bacteria." He used the example of Columbus’ expedition to America where an ‘advanced’ civilization met with a less advanced society. The initial outcome was very pleasant and "didn’t turn out so well". It actually does make sense that a civilization that is billion of years more advanced than us will definitely consider us as useless. We remove that habitat of birds and so many other animals, not because we are evil but because we never really give any thought to them. We consider them as insignificant and we destroy forests to facilitate ourselves. What is going to stop the advanced aliens from doing the same? 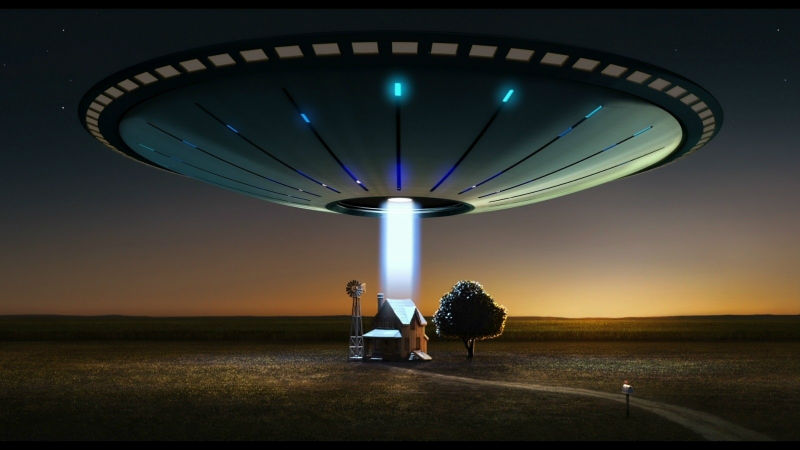 Is this being paranoid or is it legit?

Hawking’s list of risks doesn’t end here. A few weeks ago at a lecture at University of Cambridge, Hawking said that Artificial Intelligence may be "either the best, or the worst thing, ever to happen to humanity". This idea has been shared by other experts too including Elon Musk. This fear arises from the fact that AI has the ability to learn for itself and it does not have the emotional or human aspect to it. We humans rely on biological evolution for advancement, AI does not rely on it and it may become more advanced than humans. "[Artificial intelligence] would take off on its own, and re-design itself at an ever increasing rate," Hawking told Rory Cellan-Jones at the BBC. "Humans, who are limited by slow biological evolution, couldn't compete, and would be superseded."

This may seem a bit paranoid on Hawking’s end but it makes total sense if you consider world dominating aliens and AI robots. Besides this warning the 25 minute film shows Hawking explore some incredible spots in the Universe including Sagittarius A* (a super massive black hole) and Saturn. For more details you can check out the film at CuriosityStream.