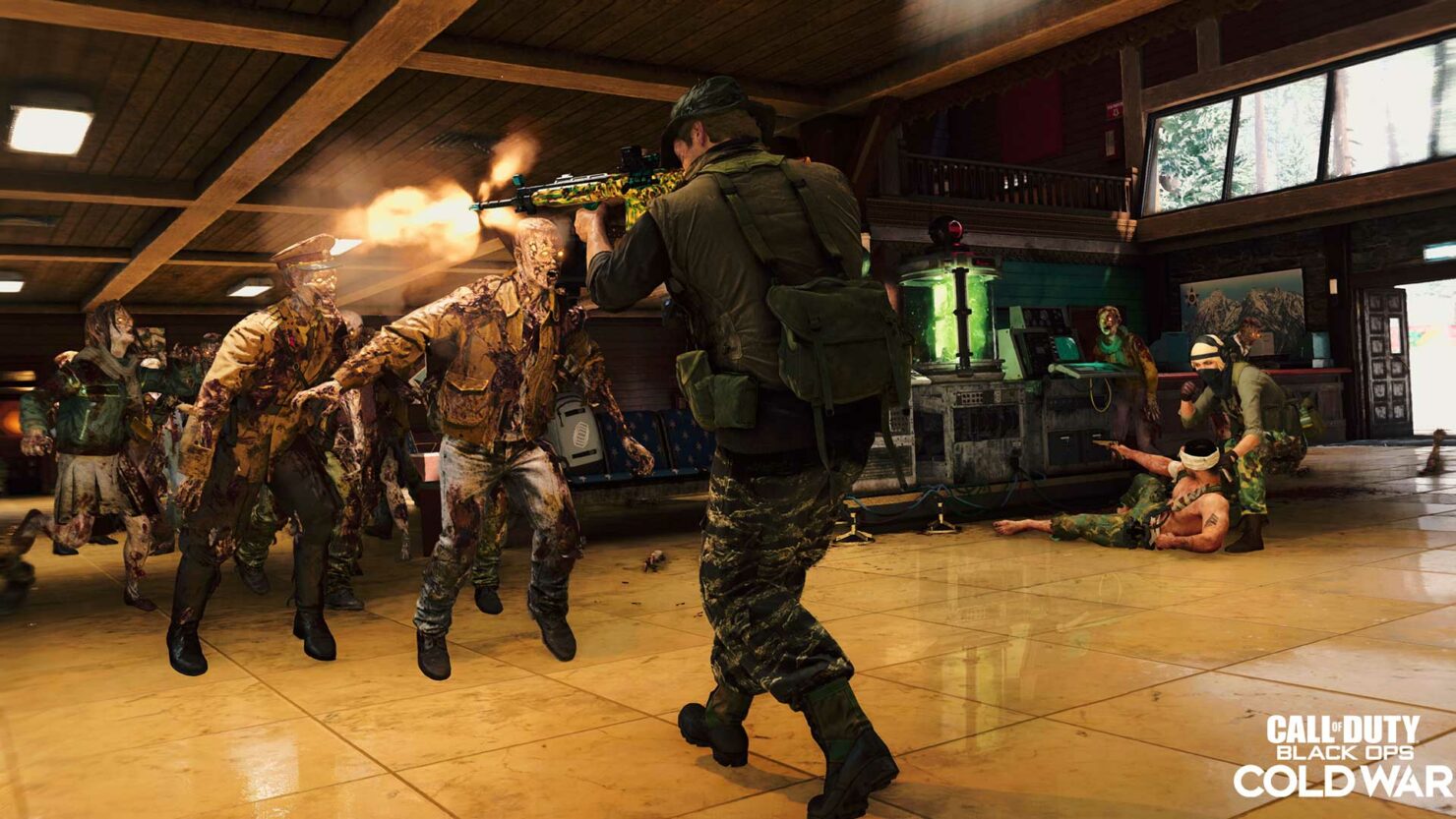 This expansive new option for Zombies fans is an objective-based experience that takes four Operators and tasks them with coming to Requiem's aid during a major undertaking called Operation Threshold, set in the Ural Mountains of Russia.

As the newest trailer shows, you'll have to work with three other Operators to explore specific areas in the Outbreak zone. After the completion of each experiment, you'll need to exfiltrate or continue to enter Dark Aether rifts to complete new objectives.

The new Call of Duty Zombies mode Outbreak will be comprised of missions with major parts to them: defending, escorting, retrieving, and eliminating. For example, you need to claim a fully intact sample about the zombies' genetic code for Requiem, place it in a device to be studied, and then defend the machine as it uploads data.

You'll also need to help escort rovers from Requiem to detect dimensional Dark Aether portals and then travel through them intact. At some point you'll need to gather Aetherium Canisters from the Aether harvesting units and get them to a set of rockets for extraction.

In terms of exterminating, you'll need to find "elite" enemies or high value targets (HVTs) that need to be taken out, or at least dealt enough damage to phase out until the next wave of fighting commences. All of this culminates in a lengthy experience during which you take the fight to the zombie threat. That's part of why you play Call of Duty after all, right?

There's much more to learn as you make your way through Outbreak. In turn, you'll receive "large XP rewards" as well as three types of Aetherium Crystals: Raw, Refined, and Flawless. Raw crystals are used to upgrade Skills for Perks, Ammo Mods, and Field Upgrades through their first three power tiers. Refined crystals can be used to upgrade Skills to Tier IV. You'll use Flawless crystals to upgrade to Tier V.

You can read all about the additional details on what's to come with Outbreak via the official Call of Duty blog.