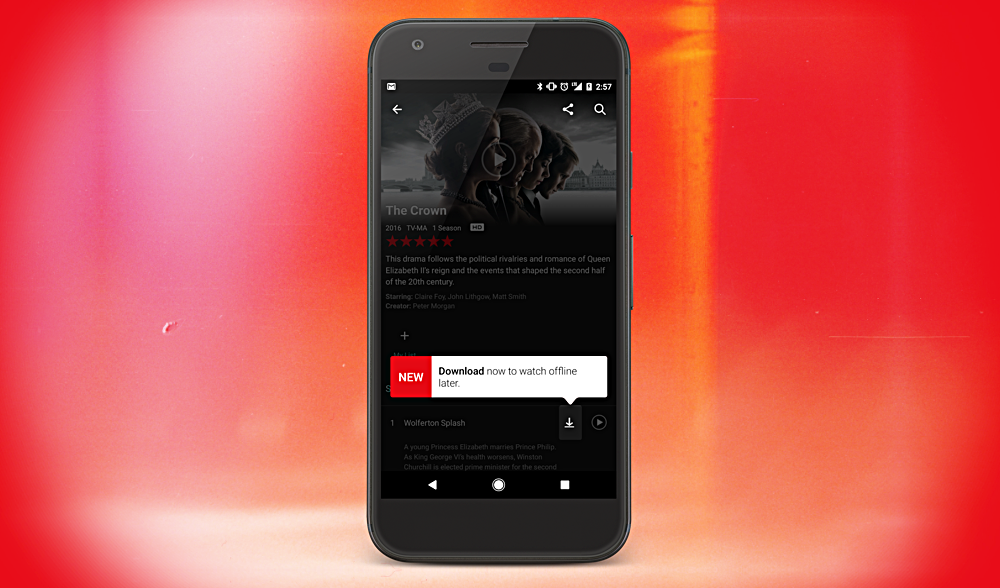 Netflix's "watch offline" feature was rolled out last year, but it came with the condition that allowed download only on device's internal storage. The users with limited internal storage suffered a great deal as they could not use the feature as widely as they wanted. The latest announcement by Netflix could make the day for many binge watchers, as Netflix for Android finally supports SD card.

For every Android user who has an SD card lying around somewhere, or inserted into Android device then it's time to put all that free storage to better use. Of course, Android Marshmallow users were blessed with adaptable storage feature that allowed the merger of external and internal storage on their device, which could have been a saviour until today when Netflix itself sorted the issue. The merge feature on Marshmallow made both the internal and external storage look like one that allowed it to store Netflix videos on SD card.

Netflix for Android users can use the new SD card option from now, all they need to do is to have the latest version of the Netflix app. Once you check that, head to the settings section of the app and then search for download location option - you will see two options for storage "Internal Storage or SD card." Select your preferred storage option, and the app will remember it and save the downloaded media likewise.

It is worth stating that Netflix has clarified that the content that you have already downloaded and is on your internal storage, then you can't really do anything about shifting it to external storage. However, you can download that media again and save it on the preferred storage. Also, the shows or movies that you download are sensitive to the expiration time, which means that you won't have them at your disposal all the time.

Even though it is not a tremendous addition to Netflix for Android app, but we do think that it will bring a lot more ease for the ones who love watching offline videos as they can now save up as many movies or shows as they want. Although the mix of shows and movies that are eligible for download is limited but it can still help you while away the time.