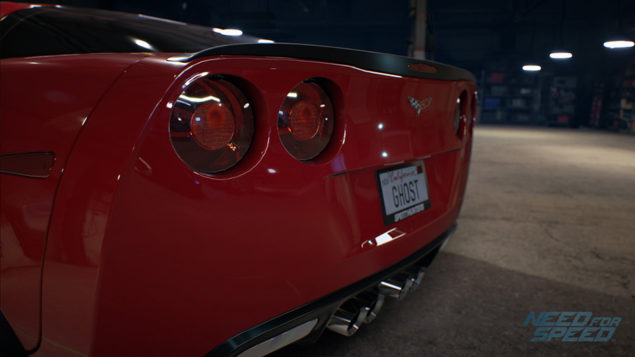 Need for Speed PC received a new trailer and some new information today, thanks to Electronic Arts.

First of all, it has been confirmed that Need for Speed PC will have fully unlocked frame rate and 4K resolution support. This version will also enjoy steering wheel support for a selection of wheels manufactured by Logitech, Thrustmaster and Fanatec; this specific addition was strongly pushed by the community.

Manual transmission is also being added to all versions of the game. Need for Speed PC will be available on March 15 (North America) and March 17 (Europe), but if you are an Origin Access subscriber you'll be able to play a week earlier, on March 10.

We’re incredibly proud of how good Need for Speed looks visually, a sentiment we know many of you share, and we’re excited to show you the game running at a higher frame rate. Seeing is believing so we’re hoping when you see and play Need for Speed running with an unlocked framerate and at a 4k resolution you’ll be just as excited as we are.

The extra development time has allowed us to create the definitive NFS PC experience. One of the burning topics of discussion amongst our Community has been the inclusion of Manual Transmission - we can now confirm this will be in the game when Need for Speed launches on PC.

With the release on PC we're also adding steering wheel support for a selection of wheels from Logitech, Thrustmaster and Fanatec. As with Manual Transmission this is a decision taken based purely on Community feedback. We’re dedicated to bringing you the best Need for Speed experience possible and your feedback has been playing a huge role in that.

When Need for Speed launches on PC it will also contain all the improvements and tweaks we’ve made up to now, including both the Icons and Legends updates from day one. The Showcase update is currently scheduled to arrive on PC shortly after launch.

The PC version of Need For Speed will be releasing on March 15th. If you’re an Origin Access member, you can play the game early for a limited time, starting March 10. Not a member? Join today.

For those players on console we can also confirm that Manual Transmission will be making its way to both PlayStation 4 and Xbox One. Keep an eye on official channels for future updates.

We look forward to welcoming our PC fans to Ventura Bay, we’ll see you on the streets.