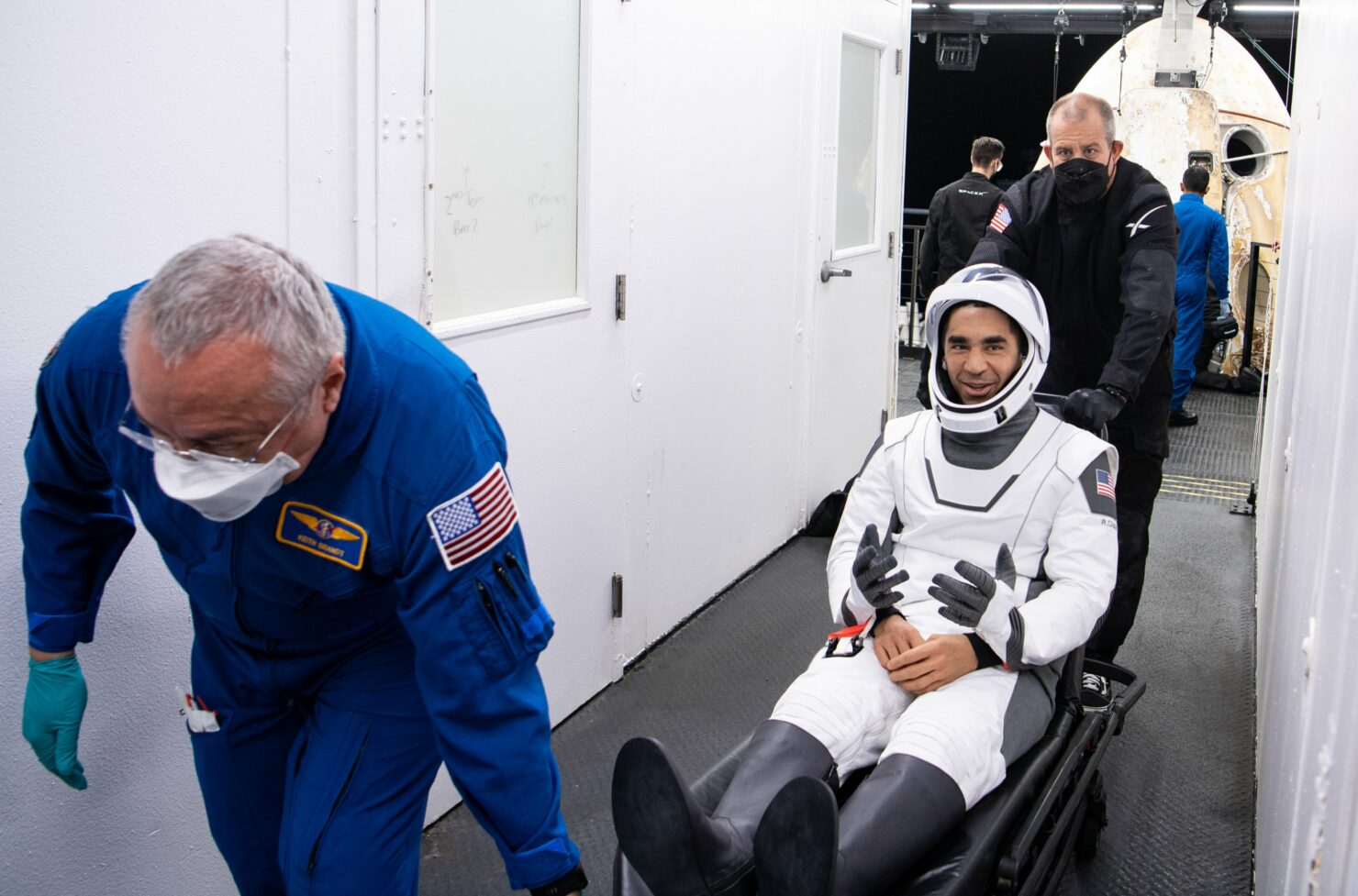 Astronaut Raja Chari was all smiles as he exited the SpaceX Crew Dragon after returning from space earlier this month. Image: Aubrey Gemignan/NASA

After spending six months in space, the National Aeronautics and Space Administration (NASA) astronaut Raja Chari provided an update about his physical condition yesterday evening. Chari was part of the NASA-SpaceX Crew-3 mission that took to the skies on board SpaceX's Falcon 9 rocket in November last year and returned to Earth earlier this month. Crew-3 was Chari's maiden spaceflight and the astronaut was a fighter pilot serving with the United States Air Force when he was selected by NASA for astronaut training in 2017.

Along with his other crewmates, which included two NASA astronauts and a European Space Agency (ESA) astronaut, Chari splashed down on Earth in a SpaceX Crew Dragon spacecraft during the first week of May. The event saw spectacular footage due to a nighttime return, with visuals showing the Crew Dragon visible as a bright streak in the night sky as it entered the Earth's atmosphere.

Soon after returning, the Crew-3 astronauts interacted with members of the press and explained their experiences of living on the International Space Station (ISS) and returning to Earth in the SpaceX spacecraft. Their interaction, particularly Chari's, provided new details about what it's like to travel with SpaceX from space to Earth, as previous astronauts that had flown on the Dragon had only shared details of their journey from Earth to the ISS.

Now, a little over two weeks after returning from space, the astronaut provided updates about his medical condition through posts on social media. He also shared photographs of his physical examinations and their result, focusing particularly on his spine.

Chari revealed that post-splashdown, his brain and balancing systems have almost returned to their pre-flight levels. However, his spine went out of shape during the time he spent in space, and his bones and muscles will take some time to recover.

For next 6 months, #Crew3 will continue to gather data for human research experiments to compare to pre and in-flight data. Although our brain and vestibular system are almost back to normal, it’ll take months to get our muscles and bones back to normal. I’m no doctor, but even I could see the difference in this bone scan of how my spine got bent more after returning from space. Fortunately teams at NASA's Johnson Space Center are the best on the planet at understanding and mitigating the effects of long term space flight, which is key for #Artemis sustained presence on the Moon. Looking forward to watching the NASA Commercial Crew Program flight test of The Boeing Company Starliner during rehab time tomorrow AM. You can see it live on NASA - National Aeronautics and Space Administration TV

Astronauts lose both brain and muscle mass during the time they spend in space since microgravity has different requirements for the body than regular gravity on Earth. The human body adapts to these changes as it spends more time in space, and then reverses them after the astronauts have made their return journey.

NASA astronaut Victor Glover described the changes human bones go through while in space in an interview given to actor Tom Cruise in January. Glover was part of the NASA-SpaceX Crew 1 mission which returned to Earth in April last year, and the astronaut explained that:

. . . .And also, your bone density, we have this condition called osteopenia. It's like space-induced osteoporosis. The enzymes that encourage bone growth, you know, our bones are constantly being reclaimed or eaten and then reconstituted. And in space, for some reason, the process that eats the bone or takes away bone, continues, but the part that reforms new bone slows down. And so we try to mitigate that with our strength training and also with medication. And so, the effects there can be, it can have a huge effect on you. But the workouts that we do are one of the biggest mitigators. And so, I actually started working out before the mission, and then when I got into space I continued to work out. We get two and a half hours every day to do exercise.

Chari and his crew were followed by Crew-4 who made the journey to the ISS soon after Crew-3's return, in the fourth operational and fifth overall crewed mission for the SpaceX Crew Dragon.

To learn what it feels like to travel to and from space, do check out: