Dark Souls, just like the name describes this game is meant for punishment. This is one of THE hardest RPG's ever on the consoles right now in terms of difficulty. The game will constantly punish you, kill you and if not the game then another player can invade YOUR WORLD, kill you and take all your souls. This game is the true test of skill, nerves, endurance and patience for any RPG fan willing to prove themselves.

While the game has been a big success on the consoles Namco Bandai the publishers of the game have hinted that if the game is shown positive feedback then a PC version MIGHT be a possibility, A petition has been started for this with 900 signatures right now, with enough signatures the PC community will be able to enjoy this fantastic game on the PC without having to buy a console or wait for a XBOX 360 / PlayStation 3 emulator. 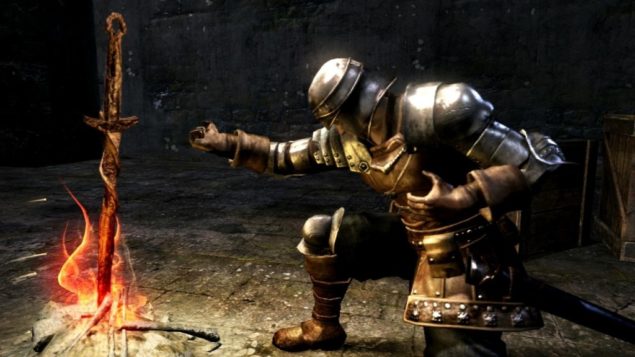 Dark Souls is just the right for such a game, this game is the very definition of soul crushing and punishment any human can endure, the game is ruthless, unforgiving and will kick you with spiked shoes when you are down but it seems that the PC community wants in on some of that action and one forum poster who made a very good argument of how RPG's sell better on PC than on console MAY have found a possibility of Dark Souls making its way to the PC.

Dark Souls COULD come to the PC if there is a demand for it, the forum administrator for Namco Bandai Forums going by the name "shoupinou" stated: (The original post can be viewed HERE

There is always possibilities to have games adapted on PC and the good news is that Dark Souls is not a 100% typical Console game so the adaptation is possible.

Now to make things happen, let's say the demand has to be properly done. someone to make a successful petition?

He asked for a petition and the petition has been delivered HERE, if you are a supporter of the game coming to the PC then don't hesitate to sign the petition and try to get as many signatures as possible, Namco won't go around coding a port if there are only 900 signatures for it.

I would love to see Dark Souls getting adapted to the PC and I hope the PC community can work together and get the signatures to prove to Namco Bandai that the PC gamers are really serious about this game on the PC.