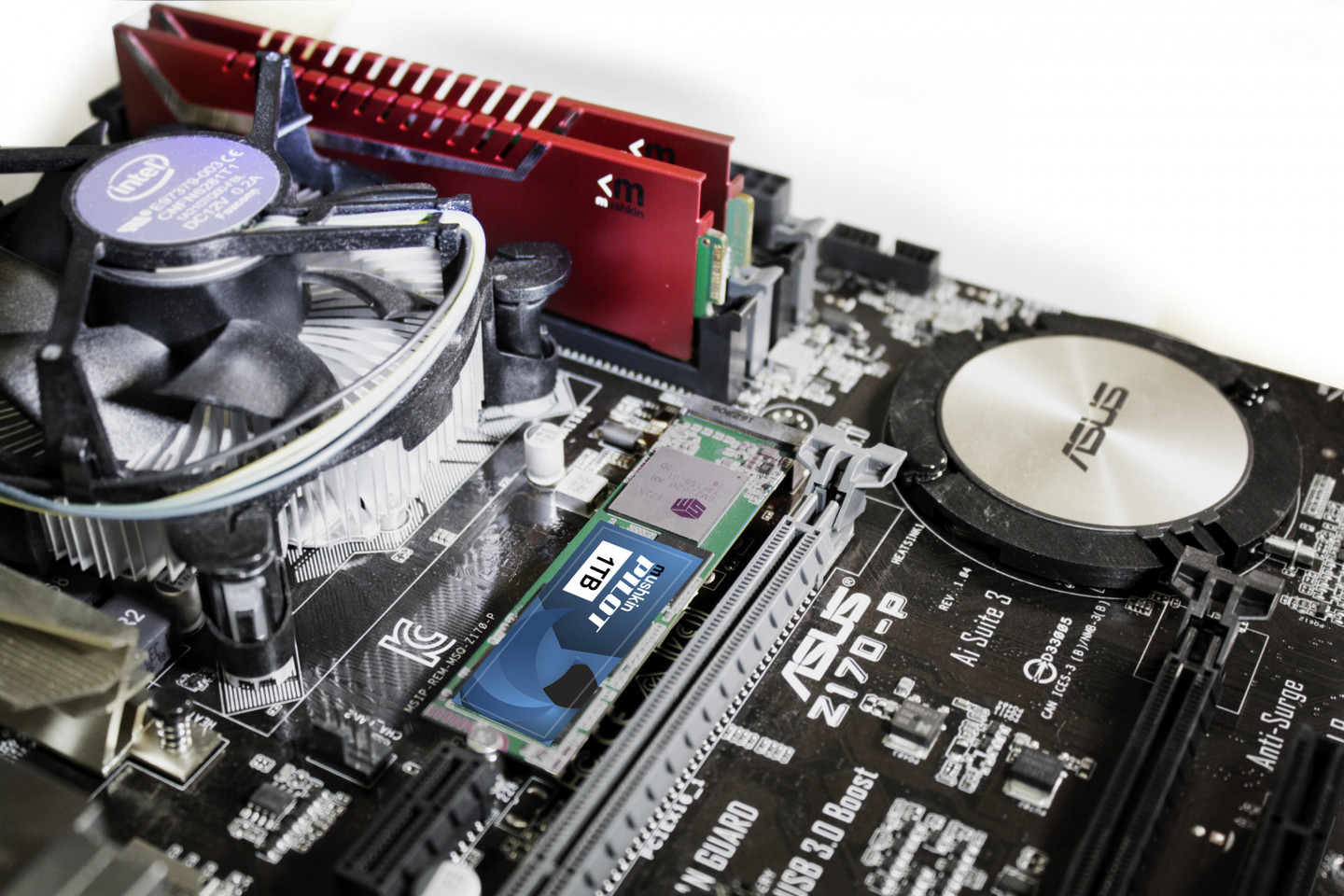 Mushkin a well known brand in memory and storage has launched it's Pilot line of M.2 NVMe SSDs, which were debuted in 2018 at CES. The drives combine Silicon Motion SM2262 controller with 3D TLC NAND flash memory. Built in the M.2-2280 form-factor, the drives feature PCI-Express 3.0 x4 interface, and take advantage of the NVMe 1.3 protocol. The drive comes in four capacities - 120 GB, 250 GB, 500 GB, and 1 TB, which differ in performance.

Pricing was not announced

In other news Kingmax expanded its Zeus Dragon line of DDR4 memory kits, with it's new Zeus Dragon RGB. The new module is styled rather differently from the original Zeus Dragon, with a polygonal heatspreader shape with RGB LED diffusers, these are strikingly reminiscent of the design from G.Skill Trident-Z RGB. You have RGB diffusers on the top of the module,and also through cutouts on the sides, illuminating the Kingmax logos. The modules support ASUS Aura Sync RGB software control, no word on other light control software.

The Kingmax Zeus Dragon has four speed varieties it comes in - 2667MHz, 3000MHz, 3200MHz and finally 3466MHz, they come in module densities of 8GB and 16GB per single stick. Oddly enough the 2667MHz kit has a CAS Latency of 17T while all others come in at a still somewhat loose 16T. The modules have XMP Support, no word on pricing as well. I also couldn't find specifics when it comes to who is producing the memory.