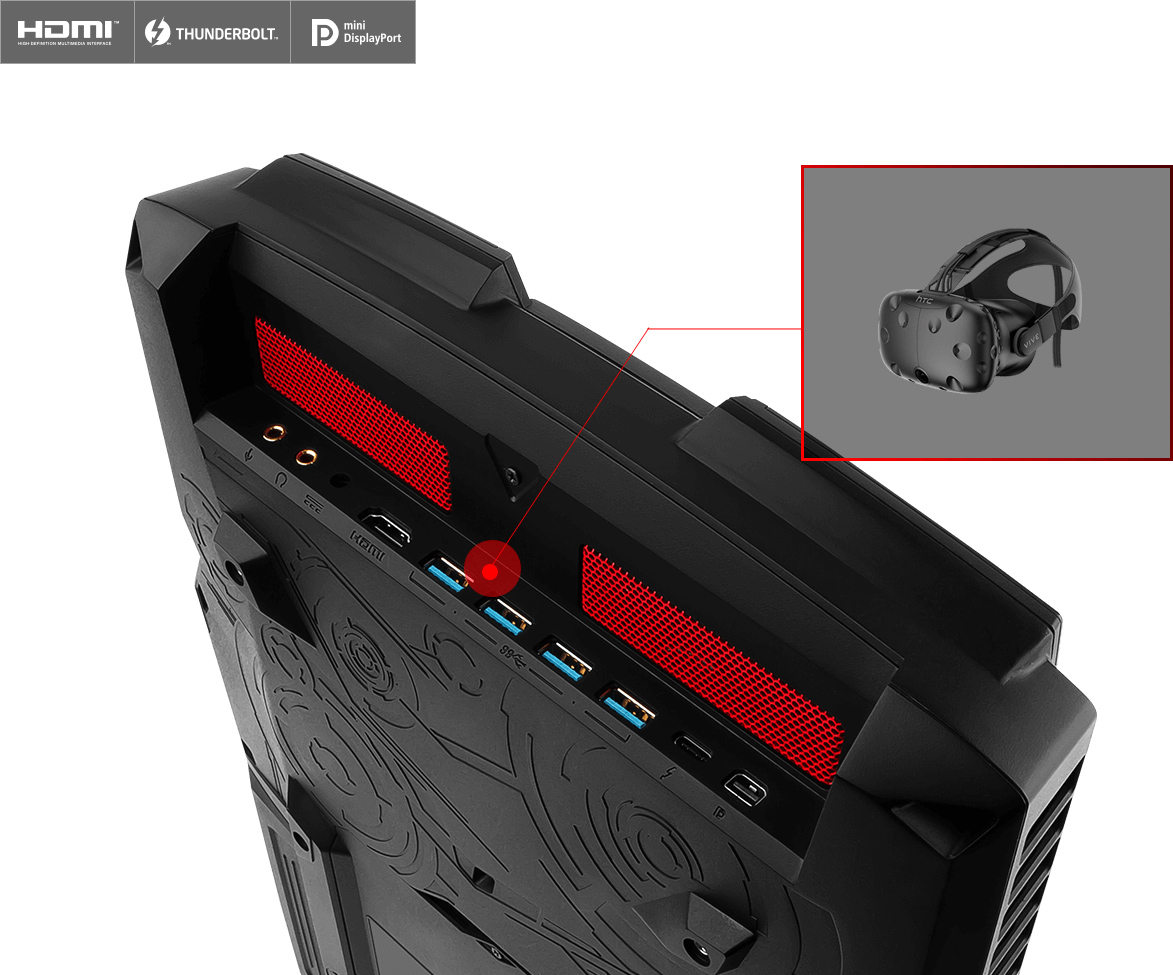 MSI VR One is a gaming backpack that is compatible with the likes of HTC Vive as well as Oculus Rift and has the hardware necessary to render smooth frames for VR content. According to the company, its VR One brings many improvements of what appears to be the next platform for gaming: virtual reality.

MSI’s claims that its backpack is extremely lightweight are quite believable because according to the manufacturer, it weighs in at just 7.9lbs (3.58kg). The MSI VR One is also compatible with both HTC Vive and Oculus Rift and includes all the necessary cables and boxes for the ultimate VR experience. MSI stated that in addition to sporting a GTX 1070, the VR One also features an overclocked Intel Core i7 processor that has been factory overclocked. MSI didn’t go into too much depth regarding which processor was present inside, we we’ll take an educated guess and say that it is the i7-6700K. 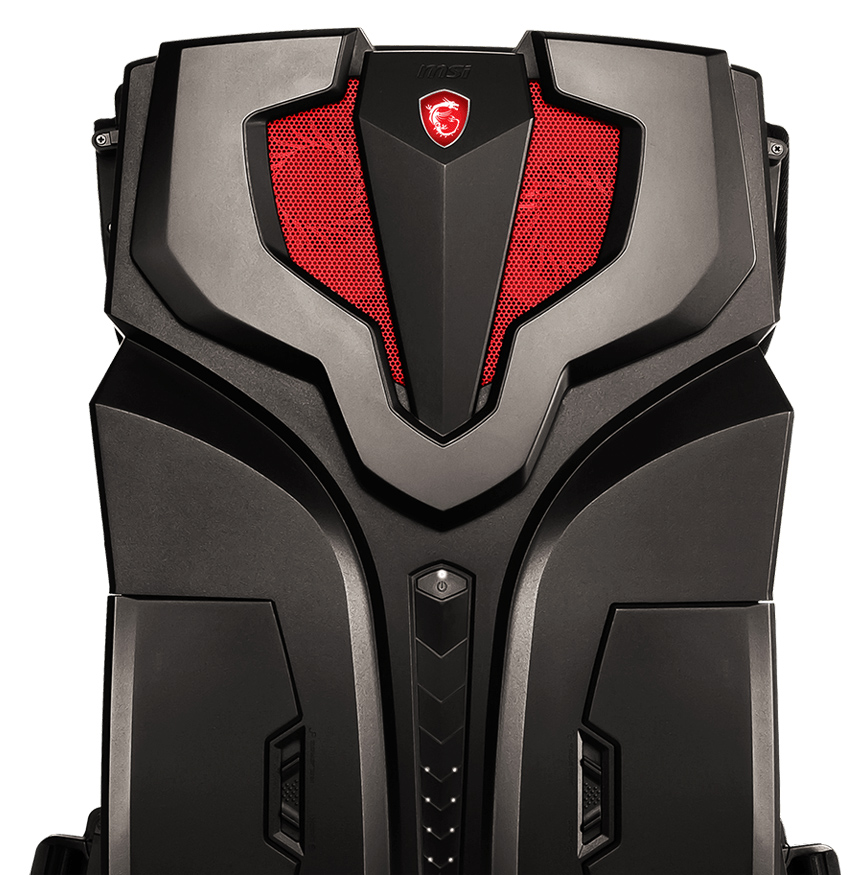 The unlocked multiplier will easily allow the chip to achieve high overclocking speeds without putting too much stress on the voltage and the processor itself, though this will have detrimental effects on the overall battery life. We are also assuming that there aren’t any mechanical hard drives running inside that thing. This is because if the contraption has been intended for the person to strap on his/her back, then you’ll occasionally be moving around in that thing, and you cannot have movable parts like the disk of a mechanical hard drive running. 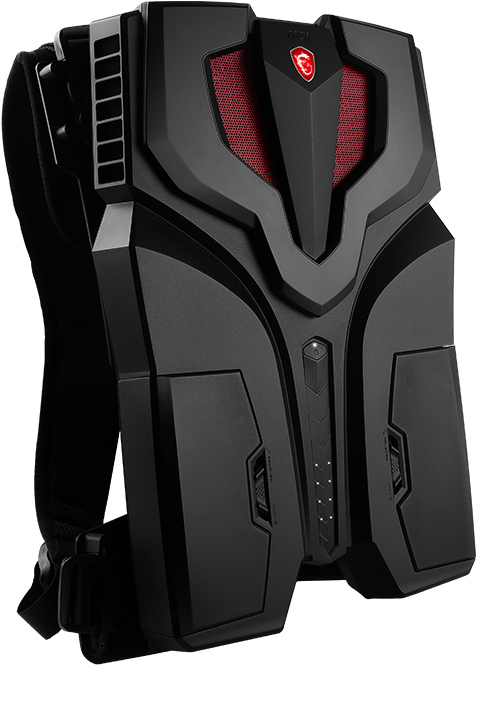 No RAM or storage details were provided, but we did get information regarding to the connectivity ports, which have been listed below: 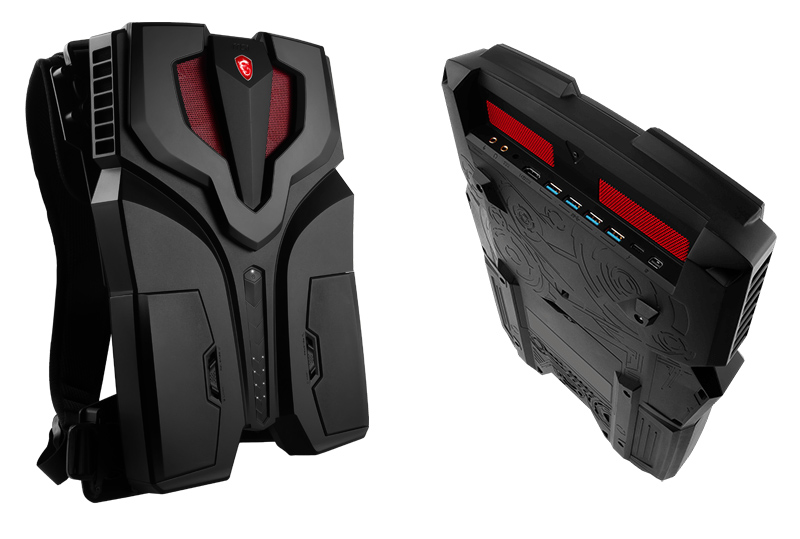 To keep the temperatures under a safe thermal limit, there is a custom cooler incorporated, running two 9cm fans and nine heat pipes. As for the battery life, which I think is terrible, MSI states that its VR One backpack will last for around 1.5 hours, since there are two battery packs snapped onto the left and right of the unit. However, I have to add that despite the terrible battery life, you can still hot swap these cells so that your immersive gaming session does not come to an abrupt end, so there is still a silver lining in all of this.

There are no pricing details available for the MSI VR One backpack, but it will definitely not be coming cheap, and the manufacturer is not about to sell you a ‘VR ready’ product for such a small amount of cash.