MSI has announced the world's first NVIDIA Ampere series gaming desktop: MEG Aegis Ti5. With its futuristic design and the most up to date specifications in the industry, it is a must for players that want to enjoy 3A masterpiece games. 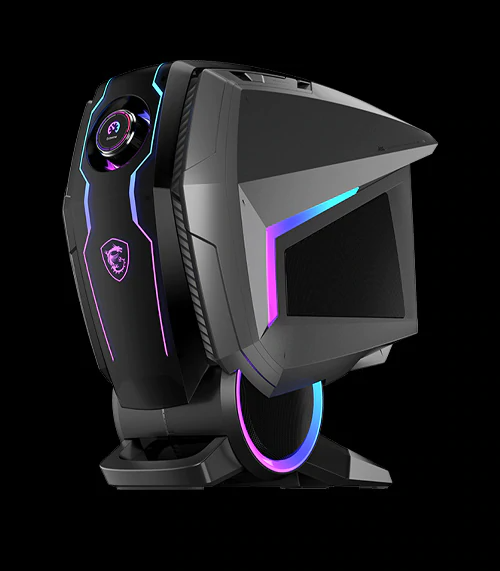 MEG Aegis Ti5 has the world's first gaming knob design. Through the LED knob on the front of the machine, players can quickly switch between different system performance settings and display system status. The gaming knob also functions as the start button of the game and defines an exclusive profile for the game. You can even set your desired performance, sound, lighting, and other functions through the MSI Dragon Center.

Then you can easily start the game through the gaming knob, and link the exclusive configuration file. The gaming knob also has artificial intelligence technology that helps the system will detect its current location, then display local weather and temperature information accordingly on the gaming knob's LED panel. 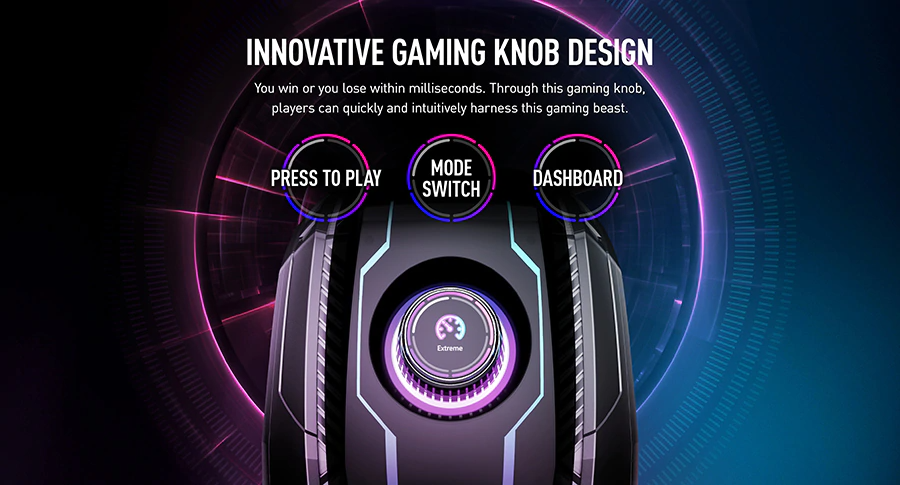 Silent Storm Cooling is a heat dissipation technology developed exclusively by MSI. The MEG Aegis Ti5 not only retains the original separation of the CPU and GPU PSU but also changed the layout of the motherboard to an upside-down design, giving the RTX 3080 a powerful performance. On top of having better airflow conduction, the VRM chamber design is added to the back panel, and an MSI exclusive Propeller FAN is added to the back of the motherboard to cool the VRM (Voltage Regulator Module) on the motherboard. All of these pragmatic features help the MEG Aegis Ti5 achieve the best system performance.

MEG Aegis Ti5 has Thunderbolt 3 transmission technology. Thanks to the transmission of up to 40Gb/s that is 8 times faster than USB 3.2 Gen 1, users can quickly store 40~50GB of 4K high-definition video. The network part of the MEG Aegis Ti5 uses the latest 2.5G solution and together with the 1G LAN, players can enjoy an excellent network experience without delay. The MEG Aegis Ti5 is also equipped with a WiFi 6 wireless network module with a transmission rate of up to 2.4G, matching the current Gigabits wired network so that players no longer need to worry about the configuration of the network cable. 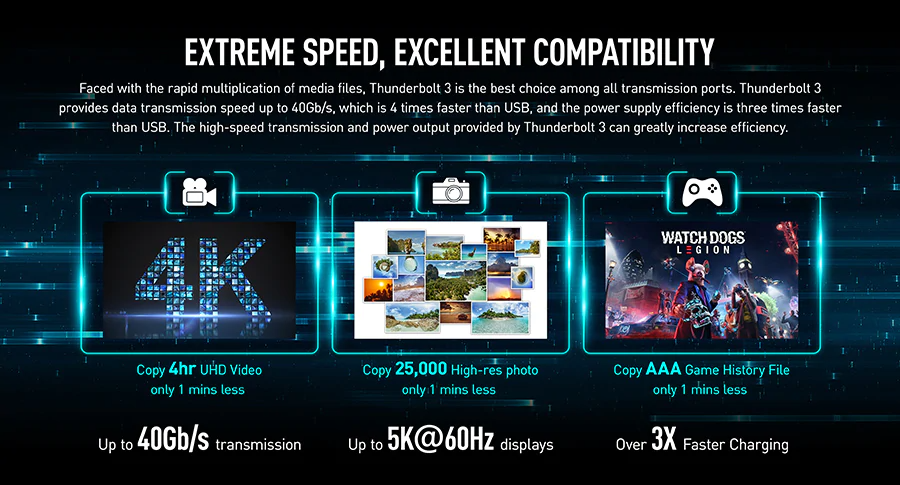 Faced with the current nature of online games, players often communicate with each other through voice devices. When noise interference occurs in the environment, it will greatly affect the communication between players. The MEG Aegis Ti5 aims to tackle this issue with the industry's first MSI Sound Tune technology. Through AI learning technology behind the program, the MEG Aegis Ti5 helps players filter the background noise of the environment, reduces the noise of the other players' background, and provides players with clearer communication messages to win the game.