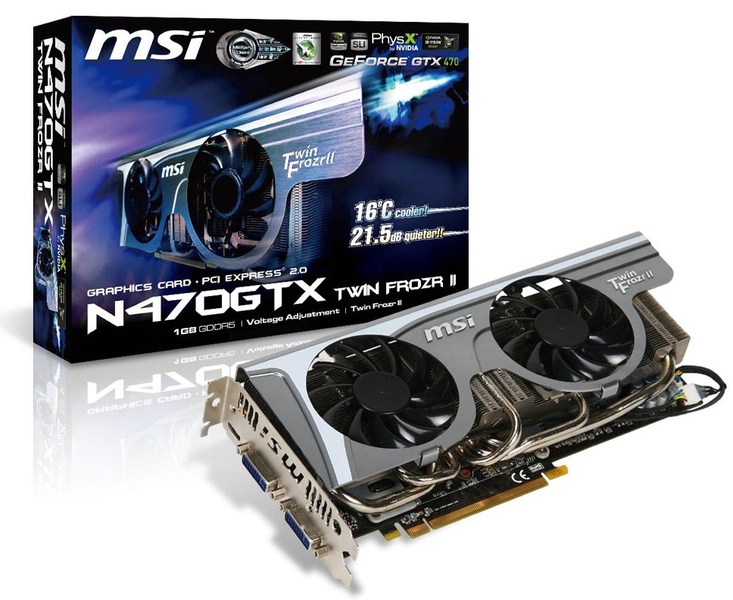 The Twin Frozr II PCB features a large aluminum fin array with five huge heat pipes which transfer heat from the GPU to the Fins. From there the Hot air is thrown away by two fans on the PCB which adjusts quickly to decrease temperatures and supports the "SuperPipe" technology. All of this helps keeping the temps low and the fans being quite reduce noise.

The card's also come with High c-Cap solid capacitors which can run 8 times longer than the normal capacitors. These will increase the overall stability of the card, improving the performance of the GPU. The card comes with Overvoltage and MSI's Unique overclocking software "Afterburner". These with improved cooling sure will give much better overclocks than reference design's. 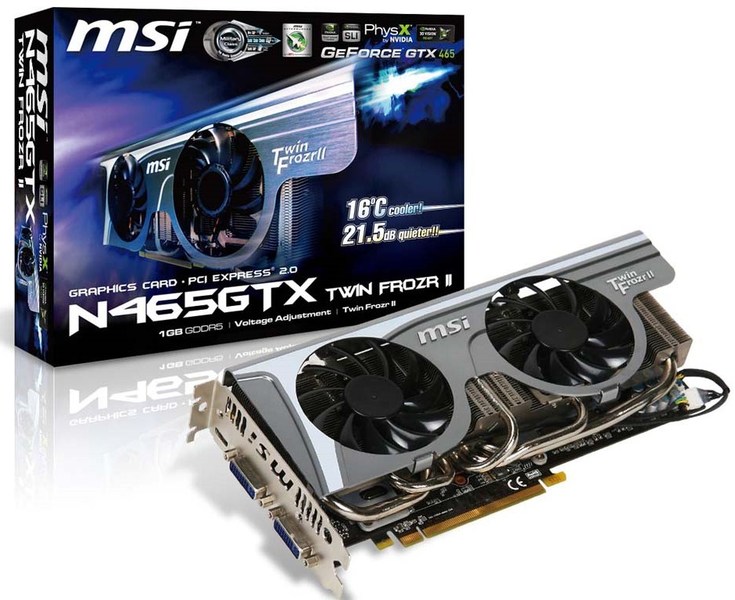 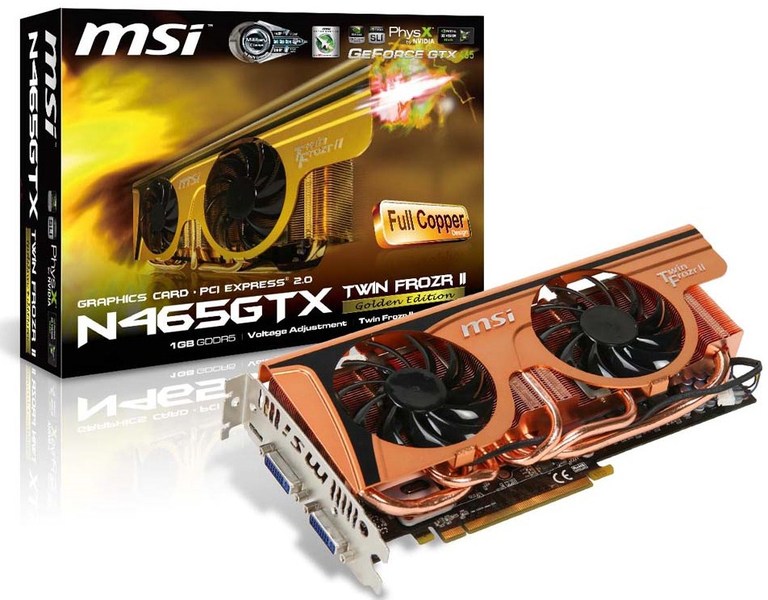