Intel is just a month away from launching their latest Haswell Refresh platform which would be compatible with the next generation 9-Series chipset compatible H97 and Z97 Motherboards. Recently, HardwareLuxx managed to get a first look at MSI's upcoming Z97 motherboards prototypes which were displayed at an NDA briefing by the hardware manufacturer. 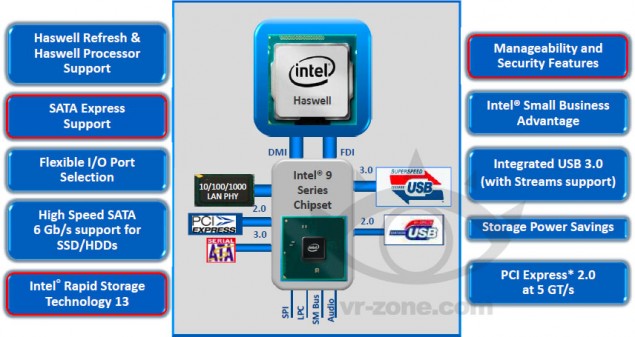 The Z97 motherboards showcased by MSI are bare prototypes and lack the heatsinks which will be featured on the final retail models. The two boards we are looking at include the Z97 Gaming 7 and Z97 Gaming 3 so its not hard to assume that these will be part of MSI's next generation Z97 Gaming motherboard lineup. MSI will also offer Z97 motherboards under their XPower and Legacy brand but we don't have any information on those at the current moment. 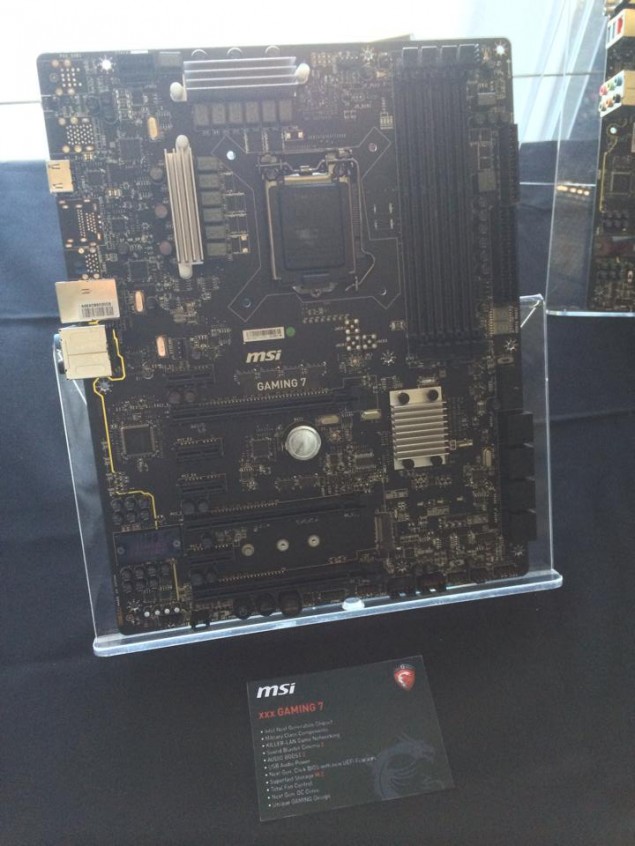 The Z97 Gaming 7 looks like a feature packed board with a 12 20 Phase DigitALL Power Design and the latest LGA1150 socket which will support the Haswell and Haswell Refresh processors. Power to the socket is pumped through a 8-PIN power connector while the regular 24-PIN ATX connector is used to power the board itself. There are four Dual Channel DDR3 DIMM slots which will support overclocked memory upto 2666 MHz+ (O.C) frequencies. Expansion slots include three PCI-E 3.0 x16, four PCI-E 3.0 x1 and the M.2 interface to support Intel's NGFF (Next Generation Form Factor) 530 Series SSDs. Storage slots include 8 SATA 6 GB/s ports and a USB 3.0 header right next to them.

The Z97 chipset is hidden beneath a small metallic heatsink which is definitely not the design we will be looking at on the final retail models. Expect MSI to use their original Dragoon theme on the Z97 Gaming motherboards.  For overclockers, MSI has added voltage check points and power On/Off, OC Genie and Reset switches. We can also spot MSI's Audio Boost 2.0 and KillerLAN technologies on the board along with the addition of Military Class IV components. 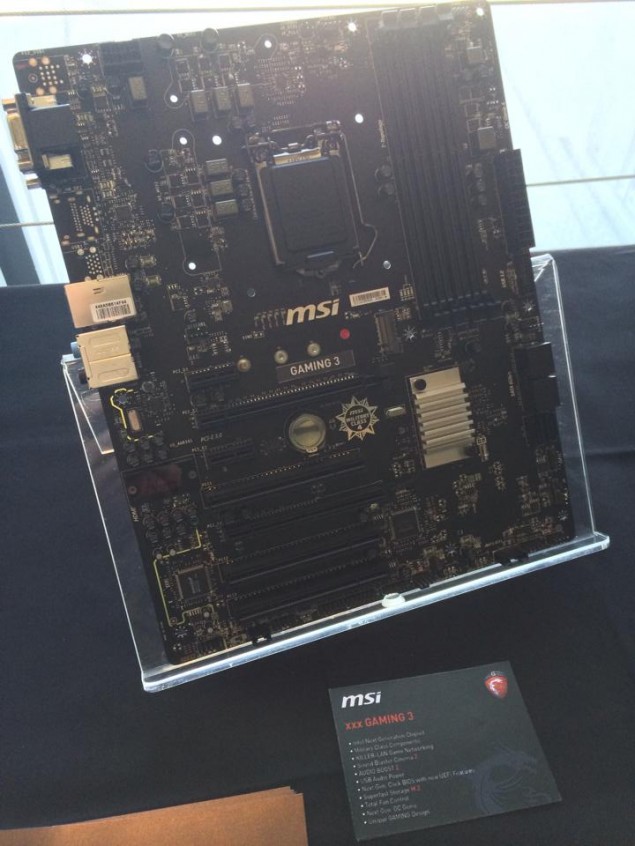 Storage includes three SATA 6 GB/s ports and the board comes without any OC essential features probably due to the target market its aimed at. We are looking at MSI's Audio Boost 2.0 and KillerLAN technologies on the board along with the addition of Military Class IV components.

It has been a month since LAB501.RO managed to get pictures of Gigabyte's upcoming Z97 and H97 chipset based motherboards. The motherboards are also in prototype stages hence the heatsink and layout design are not finalized but Gigabyte did show off some interesting entry and mid tier boards with their Z97 ITX offering being the most interesting. You will want to take a look  at the boards in the pictures below (courtesy of LAB501).

Update: Gigabyte pictures have been removed due to their NDA regarding the next generation 9-Series chipset motherboards.

At CeBIT MSI proudly introduces its 3rd generation of Intel based GAMING motherboards, with support for next generation Intel 22 nm and 14 nm processors. Focusing on the key elements that matter to gamers, MSI made some significant improvements addressing speed, sound & stability.

With the introduction of Audio Boost 2 featuring Creative Sound Blaster Cinema 2, debuting Direct Audio Power, gamers get to experience the next level in sound quality. Gamers can also push their SSDs to the limit with M.2 and SATA-Express, delivering up to 67% performance increase over conventional SATA3 solutions. Additionally, MSI puts its focus on making the GAMING look & feel even more awesome, while building further on its strong foundation with the best specs and features that gamers wish for, such as Killer Game Networking, Audio Boost and USB Audio Power.