With the launch of X399 and AMD Threadripper CPUs just around the corner MSI is preparing for that launch with their new X399 Gaming Pro Carbon AC to power along the 12 or 16 core powerhouse of your choosing.  With a CPU like the Ryzen Threadripper 1950x that is capable of scoring over 3000 points in Cinebench R15 you're going to need to be able to deliver some serious power to do so, and the X399 Gaming Pro Carbon is ready with a massive 13 phase DrMOS power design.  This should allow for better overclocking as well as the heat generated by the massive number of cores, MSI mentioning this makes it even more intriguing how the power consumption and temperatures of Threadripper will fare.

Features also will include:

X399 isn't the only one seeing some love, MSI is bringing new boards to the Mainstream as well with the X370 Gaming M7 ACK and the B350 Tomahawk Plus 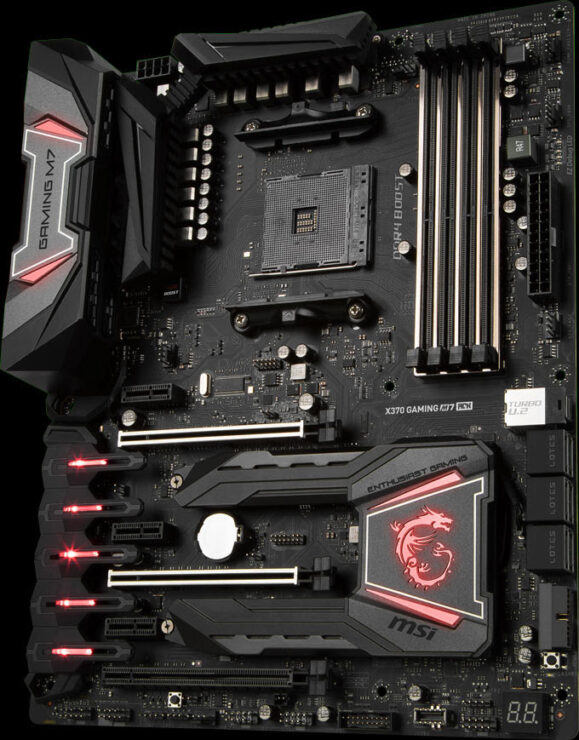 The X370 Gaming M7 ACK is on the way for mainstream enthusiasts with updated features over the last launch cycle including three significant improvements: 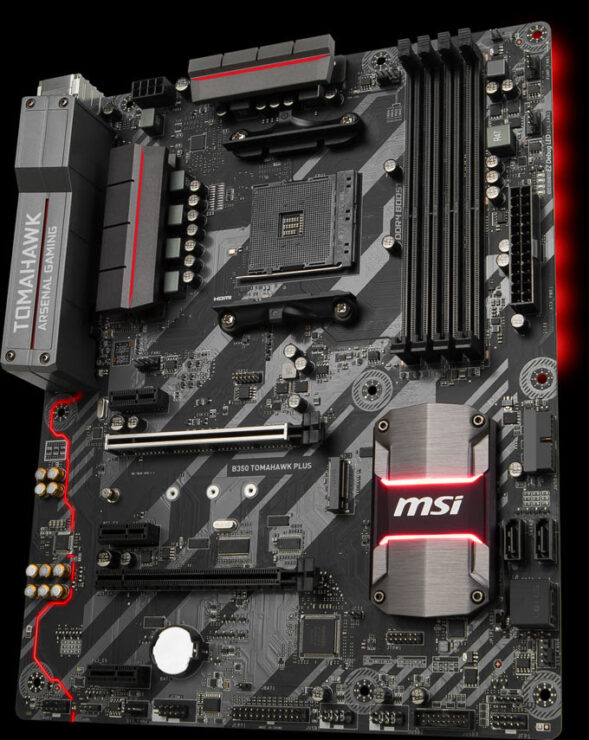 As for the B350 Tomahawk getting a bit of an uplift I can say I'm happy to see this one especially with the launch of Ryzen 3.  Sure the I/O gets a nice cover and some LED love is given to the chipset heatsink, a nice touch, and the red LED only is replaced by RGB Mystic Lighting, it's the overclocking support that gets more interesting.

The MSI B350 Tomahawk Plus gets the new OC Engine 2 where MSI has added an additional clock generator giving users more flexibility and control in BCLK adjustments to reach new levels of memory and CPU core clocks than before.

Let us know what you think of these new motherboards from MSI. I for one am happy to see a continuation of AM4 boards expanding on what was available at launch.