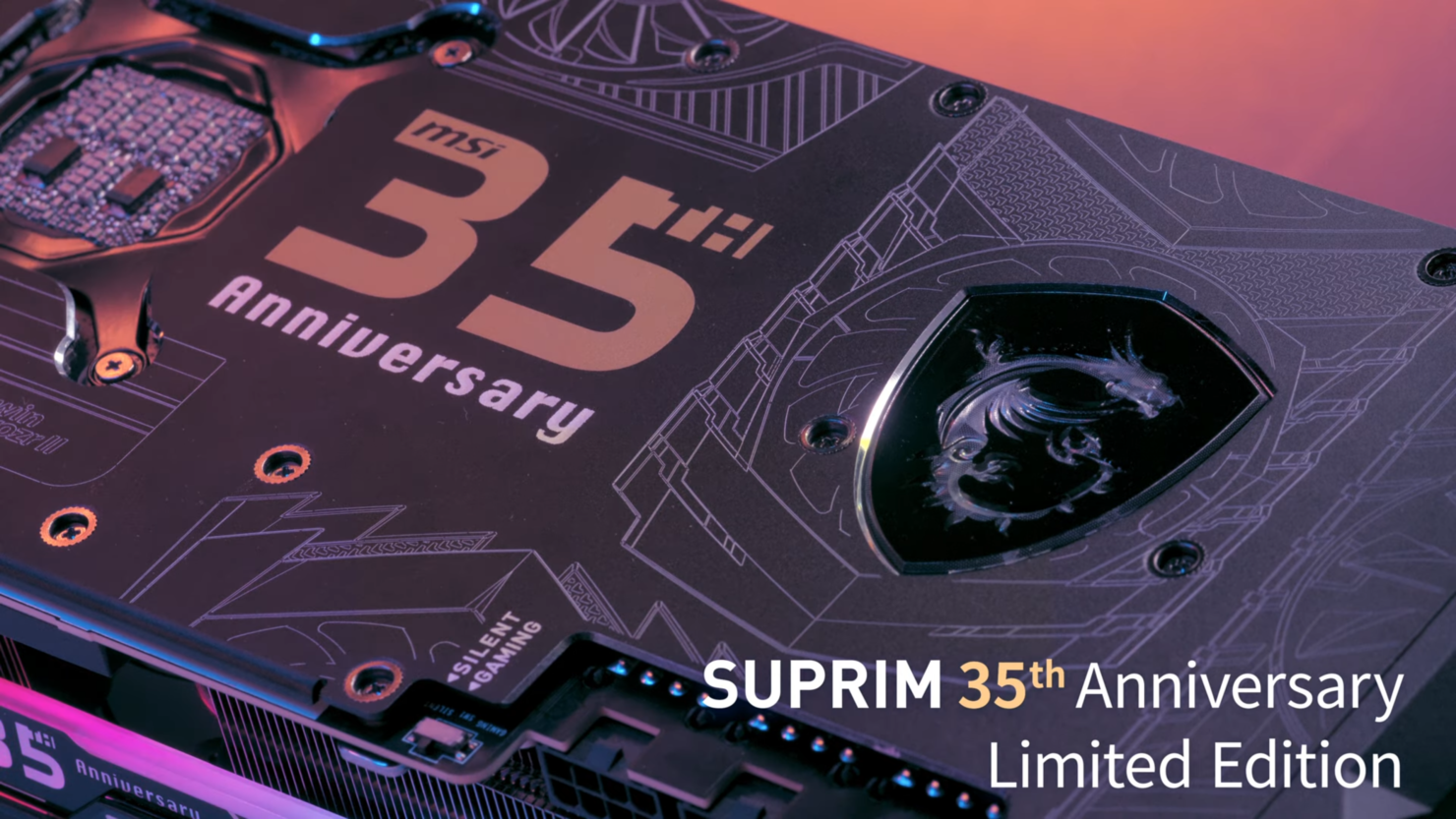 The MSI GeForce RTX 30 SUPRIM 35th Anniversary Edition graphics card is going to be a limited edition product. The graphics card has the same design as the existing SUPRIM series cards but includes engraved sketches of past-generation Twin Frozr graphics cards in the backplate & the shroud which gives it a more premium look. 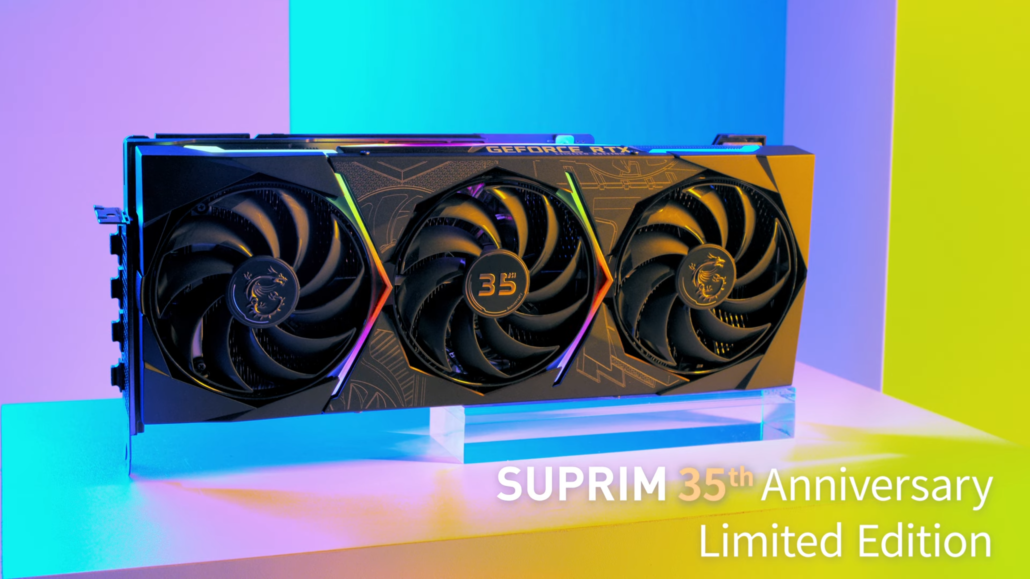 MSI isn't telling which specific variant of the GeForce RTX 30 series lineup this card would be based upon but to celebrate a grand launch such as this, the card should either be an RTX 3080 Ti or the RTX 3090. The card is powered by triple 8-pin connectors, has a dual-bios design, & features great RGB lighting. Following are some details on the MSI SUPRIM X series with Tri Frozr 2S cooling:

MSI has incorporated and refined a couple of things in the new Tri Frozr design for SUPRIM X which is now referred to as Tri Frozr 2S while the Gaming X Trio variants feature the Tri Frozr 2 cooling. First is the TORX fan 4.0 which uses a ring design that connects two fan-blades with each other to increase airflow towards the internal heatsink assembly. These fans are made up of a double ball bearing design which ensures silent functionality in heavy loads. 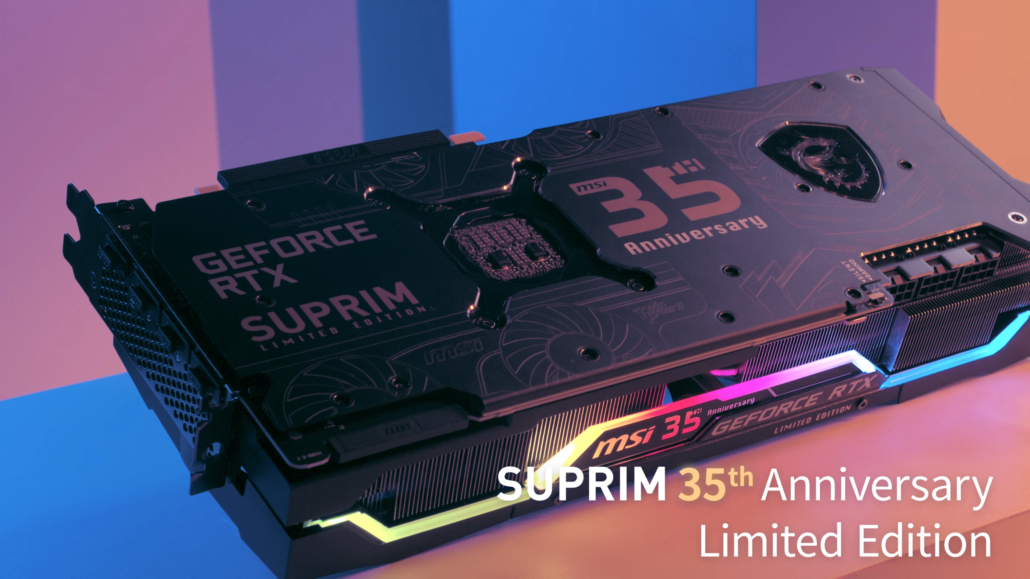 Talking about the heatsink, the massive block is comprised of seven copper squared-shaped heat pipes with a more concentrated design to transfer heat from the copper base to the heatsink more effectively. The base itself is a solid nickel-plated base plate, transferring heat to the heat pipes in a very effective manner. To top it all off, MSI uses their exclusive Thermal Compound X which is said to offer higher thermal interface and heat transfer compared to traditional TIM applications. The 35th Anniversary Edition variant is expected to launch in the coming months.