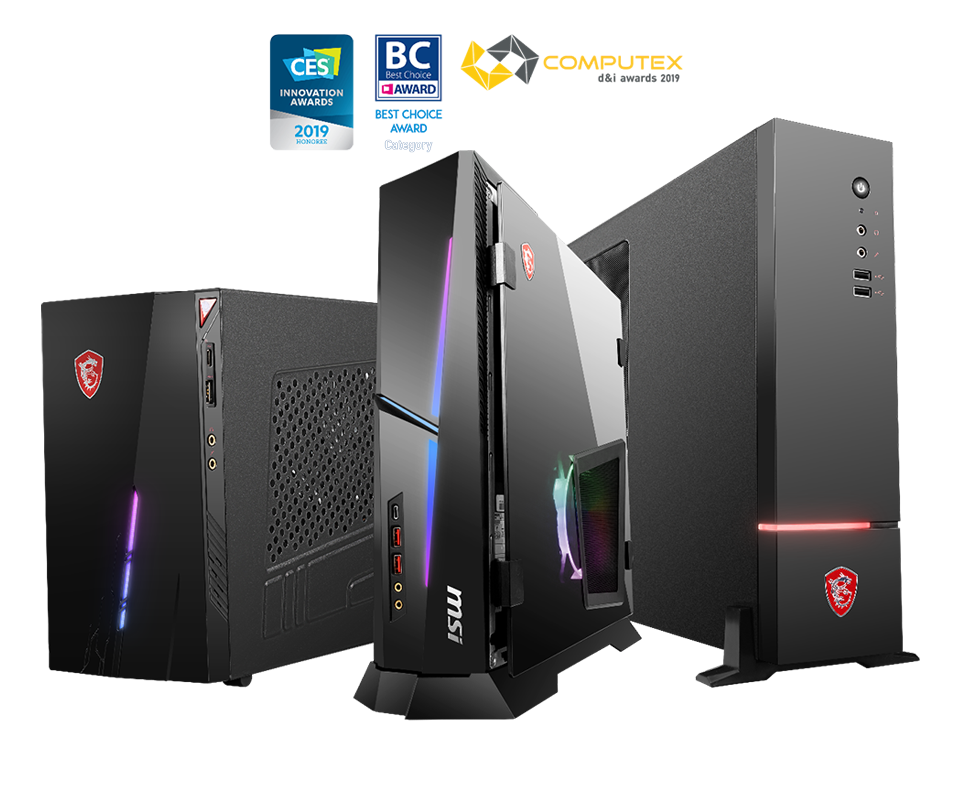 Trident X Plus breaks the established impression of gaming desktops, it is the world's smallest gaming desktop to incorporate Intel® 9th gen Core i9 K CPU and the GeForce RTXTM 2080 Ti graphics card into a 10-liter-chassis. The Trident X Plus has been honored by the reception of three awards: the 2019 CES Innovation Award, the 2019 Best Choice Award in Gaming & Entertainment Category, and the 2019 d&i Award. It has also received countless media reviews, the Trident X Plus has earned Tom’s Hardware editor’s choice review, Hardwareluxx excellent hardware review and more. MSI is proud to be a game changer to defy the laws of gaming desktops and MSI has already changed the game in this market.

To achieve all of this new market potential for users, MSI provides these three product lines - the Trident X series, the Infinite S series, and the Codex series. The Trident X Plus is the highest performance desktop at MSI with a cool design in a compact size. The infinite S is also a high performing 10-liter desktop, but of course, it sticks more to the traditional profile of gaming desktops in terms of appearance – yet it stays compact, it could even fit in some backpacks. Codex S has the best bang for the buck. At an above average price and above average performance, it delivers everything that gamers expect from a gaming desktop. 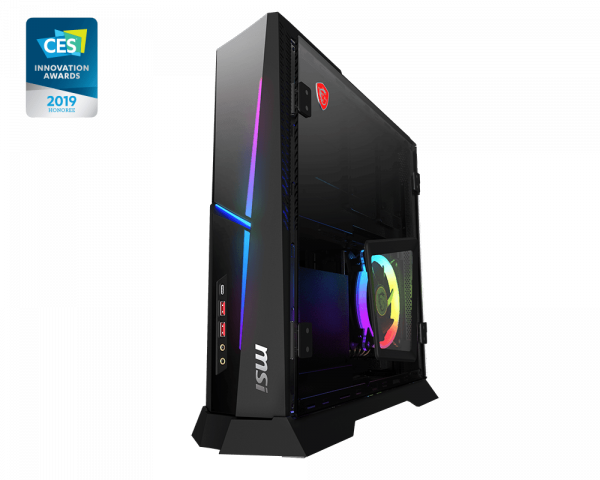 Personally, the star of the show is the Trident line because of the ultra-slim form factor. It also packs the best gaming processor which is the i9-9900K which is quite powerful. Along with an RTX 2080 Ti, this machine is a beast in a small form factor.