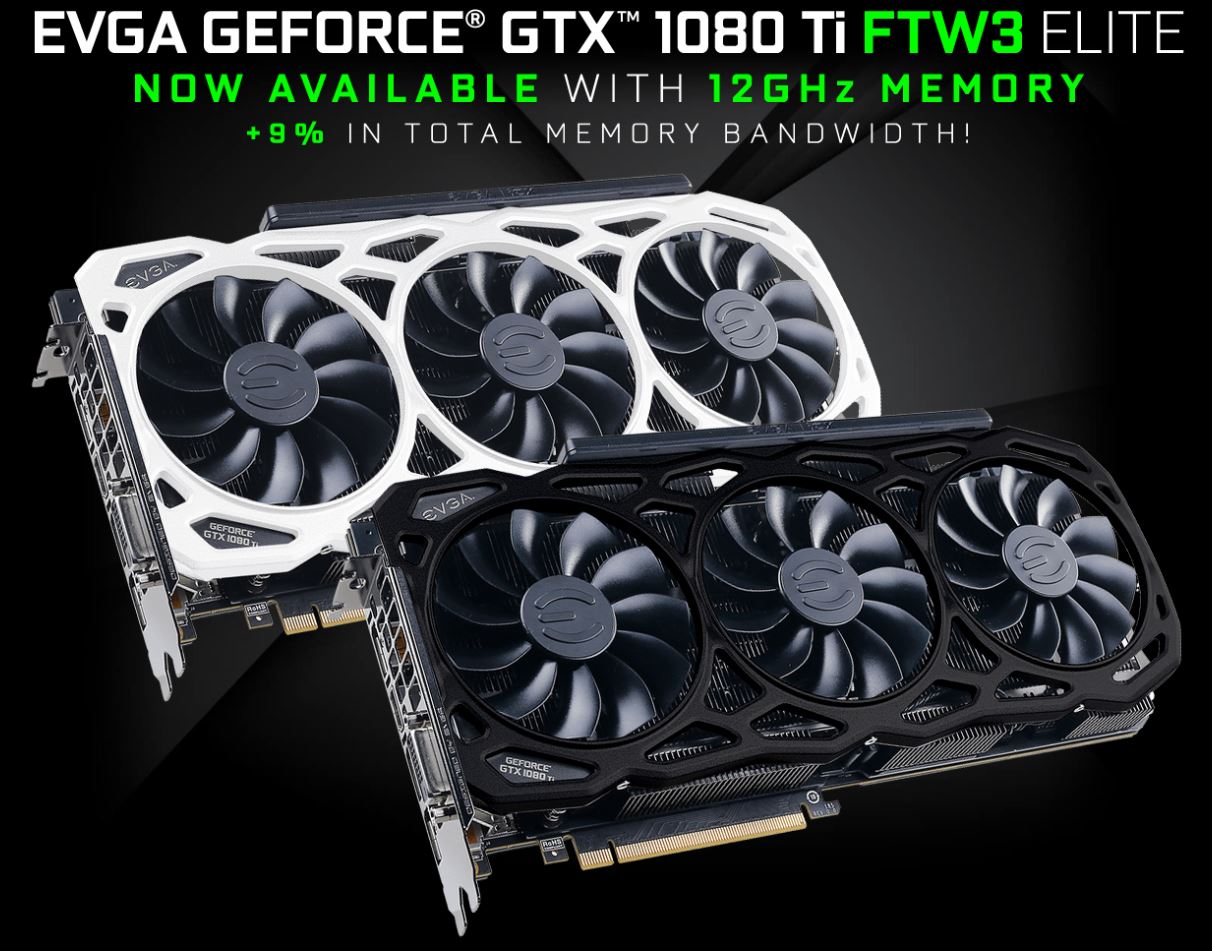 NVIDIA board partners are doing a really fantastic job with the custom GeForce GTX 1080 Ti designs and that needs to be acknowledged. Since its launch, the GTX 1080 Ti has been the undeniable king of the GPU performance throne and that seems to carry on until Volta arrives. Today, we have new cards from MSI and EVGA to detail that look undeniably amazing.

Sometimes, just looking at the difference between the GTX 1080 Ti Founders Edition and various custom models of the same card are mind boggling. While the Founders Edition looks great, the custom models offer higher clock speeds, better PCBs and cooler operation. The models that we are looking at today come from MSI and EVGA. Both of them are upgraded designs from the ones that are currently available. Let's have a look at them.

The first model we are looking at is the MSI GeForce GTX 1080 Ti Gaming X Trio. This giant is a updated version of the Gaming X design in terms of cooling and style. The MSI Gaming X series remained dual fan in terms of cooling solution for quite a large time but this model is the first Gaming X variant to feature a triple fan heatsink. MSI does offer other GeForce GTX 1080 Ti cards with triple fan solutions in their DUKE and Lightning families but this is the first time the Gaming lineup has received similar treatment. 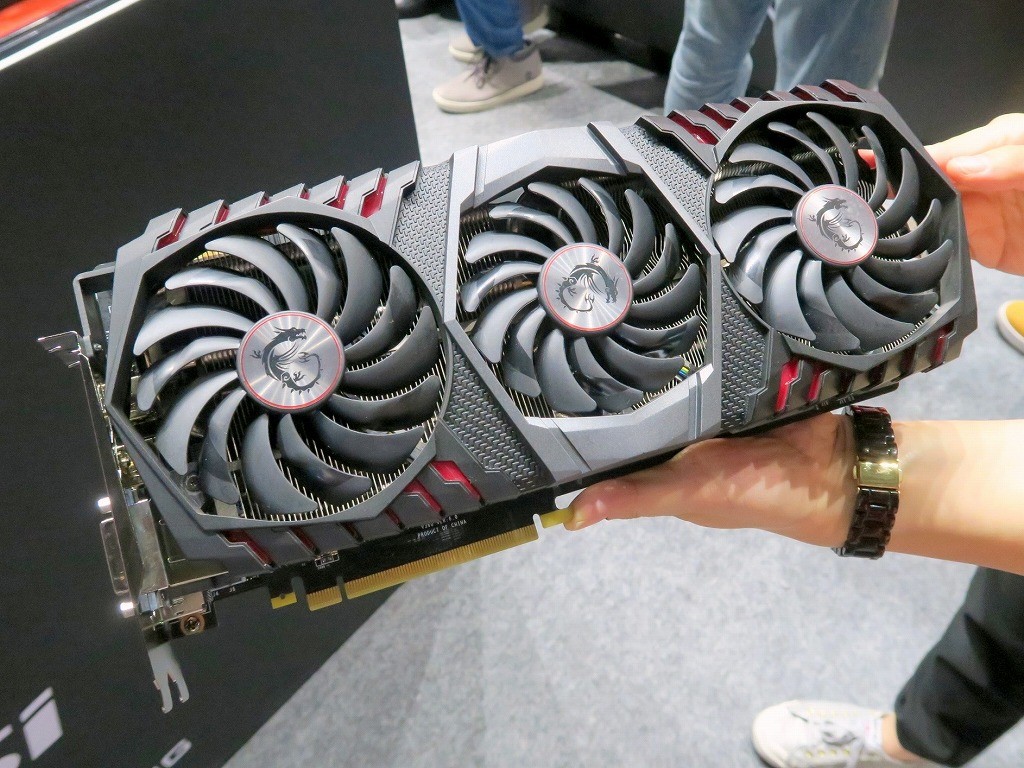 Regardless of the triple TORX 2.0 fan design, the shroud looks very unique and different compared to Lightning and Duke variants. It has the Dragon scale and blade theme on the front and embeds several LED lights, similar to the Gaming X models. The card comes with a nice, brushed aluminum backplate that has several cut outs to dissipate heat, a large Dragon logo and a RGB LED bar that is compliant with MSI's Mystic Light technology. 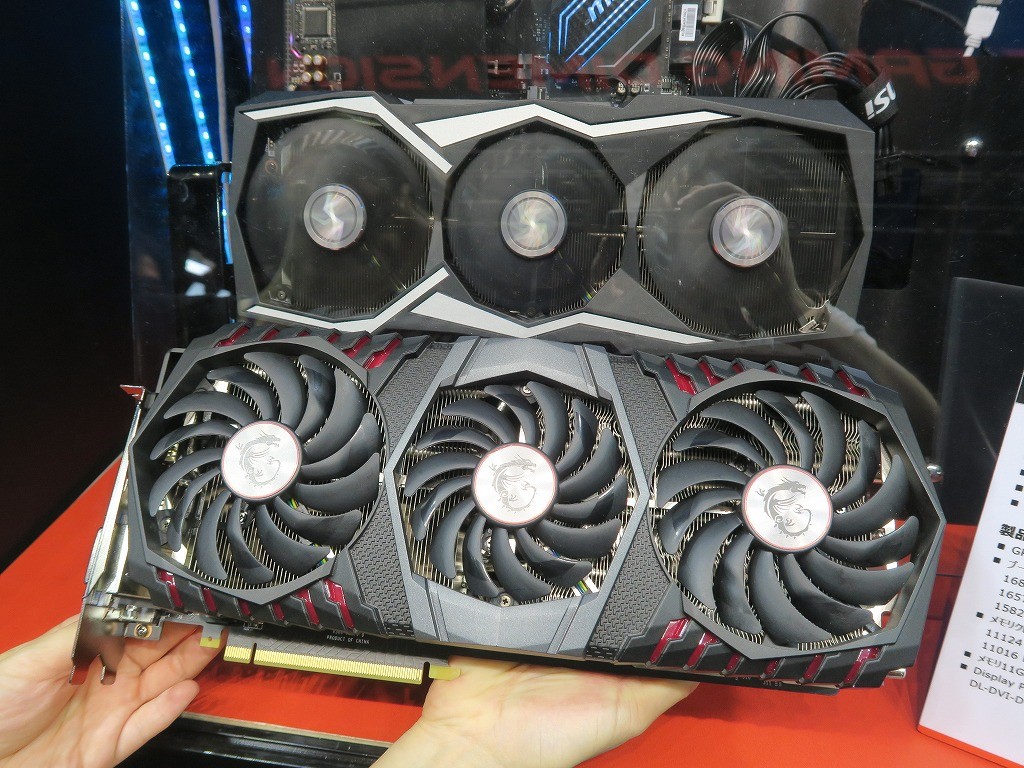 Videocardz reports that the card will be featuring an out of box clock speed of 1569 MHz (Base), 1683 MHz (Boost) and 11124 MHz (memory). While the cooling design is different from other MSI cards, the PCB seems to stick with the same design as the Gaming X model. There are two 8 pin power connectors to deliver juice to this behemoth and display outputs include 2 HDMI, 2 DP and a single DVI port. There's no word on pricing but expect it to hit retail on 12th October.

EVGA on the other hand is taking things to the extreme with their new FTW3 Elite design. Available in two variants that come in either white or black color, the card features the faster GDDR5X VRAM ever to be used on a graphics card. In terms of specifications, the EVGA GeForce GTX 1080 Ti FTW3 Elite comes with the same core as any other GTX 1080 Ti with 3584 CUDA Cores on the GP102 GPU silicon and a 11 GB VRAM that comes with a 352 bit bus interface. 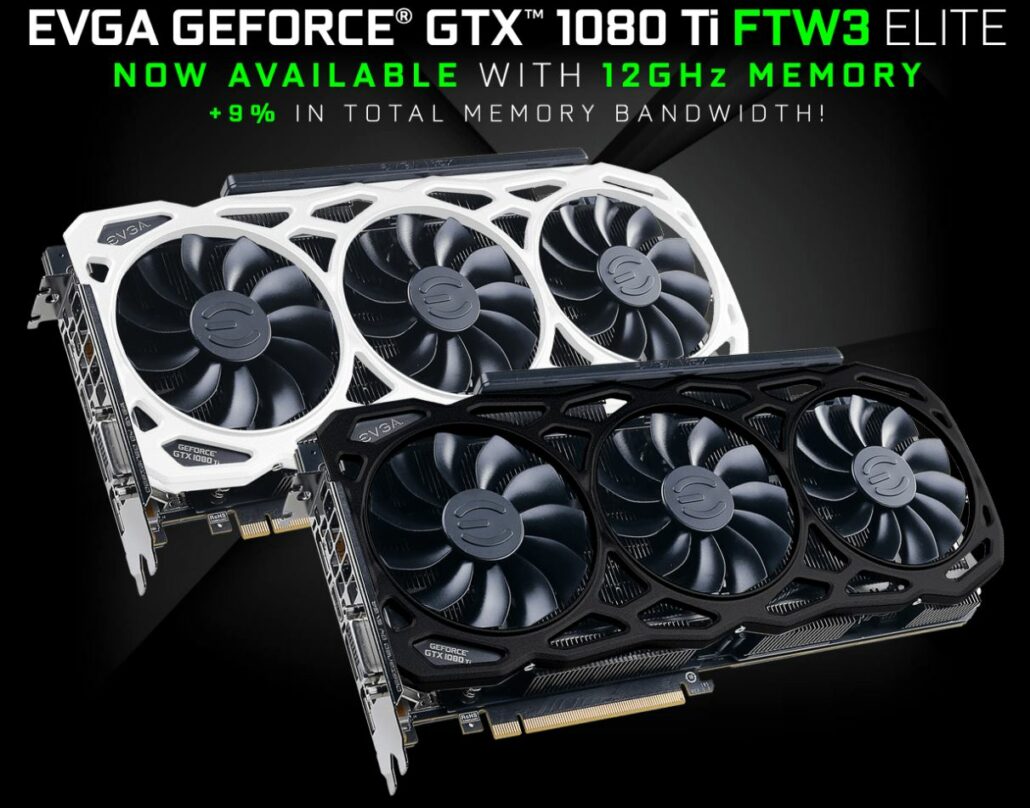 The difference comes in the cooler, PCB design and the clocks. This is a fully custom variant that is enveloped in EVGA's ICX technology which was introduced with NVIDIA's GeForce 10 series cards. Both FTW3 ELITE variants feature a triple fan design that deliver cool air to a large assembly that is housing the entire heatsink for the GPU, VRAM and power phases. In terms of PCB design, we are looking at a 10+2 phase delivery system while power is delivered through dual 8 pin connectors as the card has a max power rating of 280W. 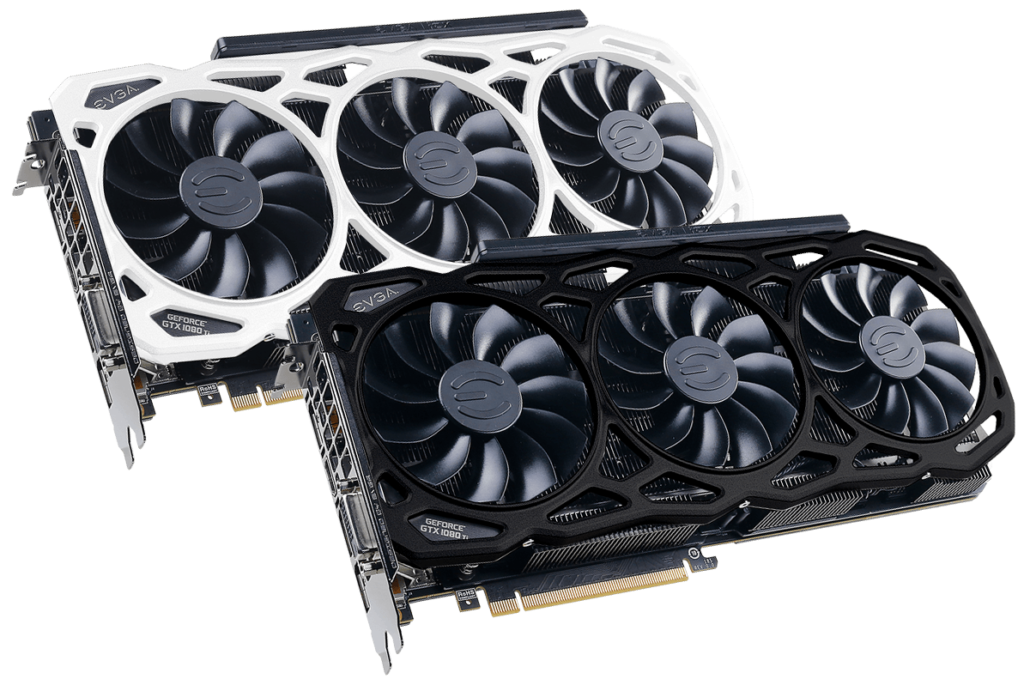