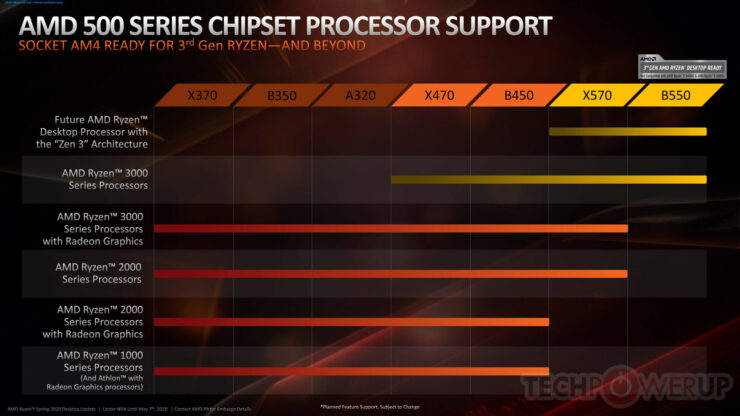 MSI in a recent MSI Insider briefing showed that its 400-series motherboards are planned to support AMD's upcoming 'Zen 3' microarchitecture. This MSI Insider video also showed that 300-series boards aren't expected to support the new microarchitecture. AMD has stated that they will be sticking with the AM4 socket but will be changing the chipset to ensure the maximum performance. Since AMD is changing the chipset, some chipsets may not offer support for older CPUs or older microarchitectures, even if the CPU does fit inside the socket of the motherboard. 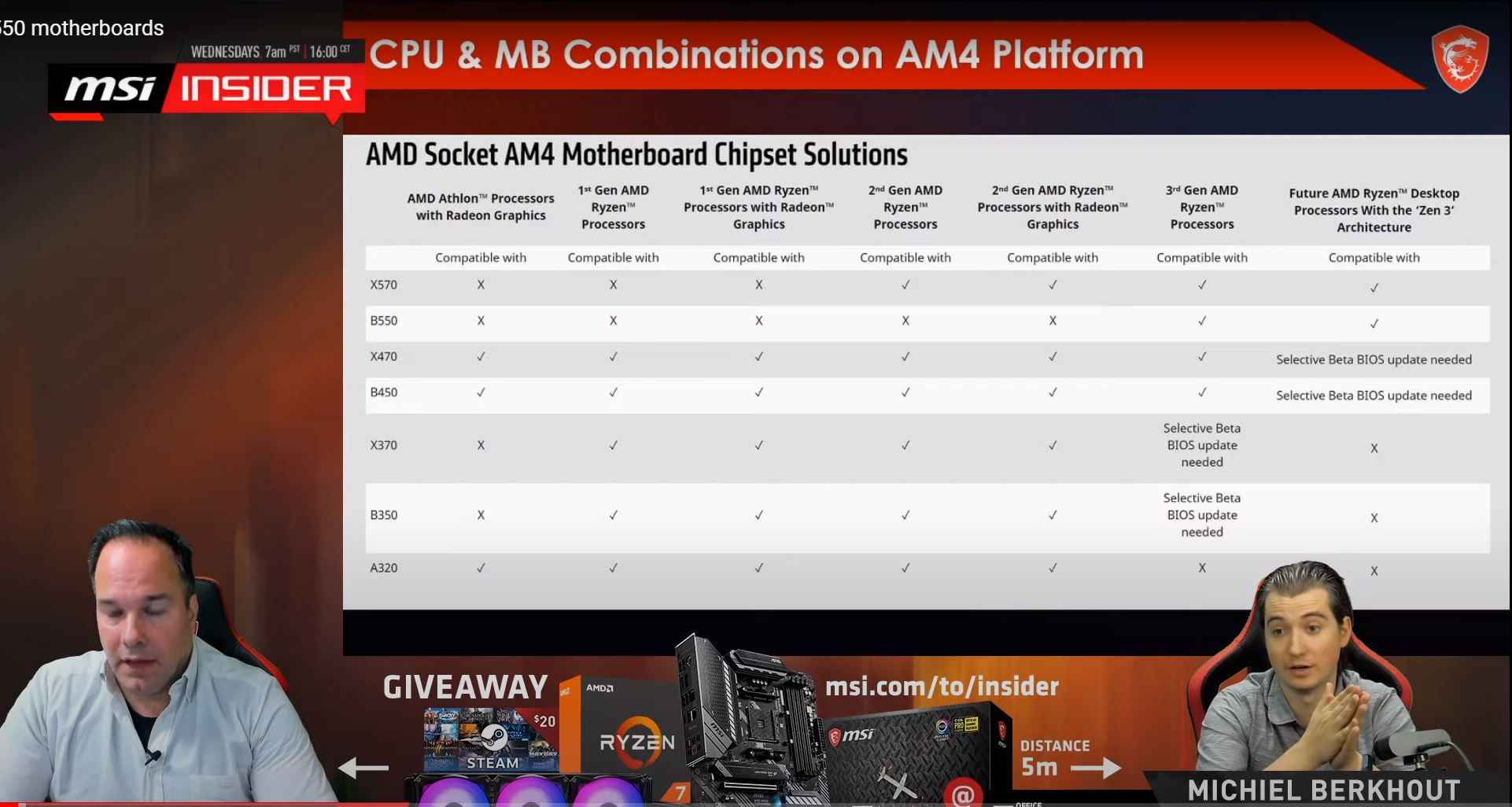 For the maximum compatibility, the 400-series motherboards offer compatibility with everything from the Athlon Processors to the upcoming 'Zen 3'-based processors. Although to gain support for the upcoming 'Zen 3' microarchitecture, users will have to update the BIOS with a Selective Beta Bios Update. As stated by Michiel Berkhout, this update could potentially cause the motherboard to no longer support older processors.

The hosts to the MSI Insider, Eric Van Beurden, and Michiel Berkhout made an interesting point that when users flash their BIOS to offer support for these motherboards may lose support for the older Zen microarchitecture. This means that if a user buys a 'Zen 3' microarchitecture based CPU and flashes his BIOS to allow the motherboard to support that new CPU. The user may not be able to connect an older AMD CPU into that AM4 socket.