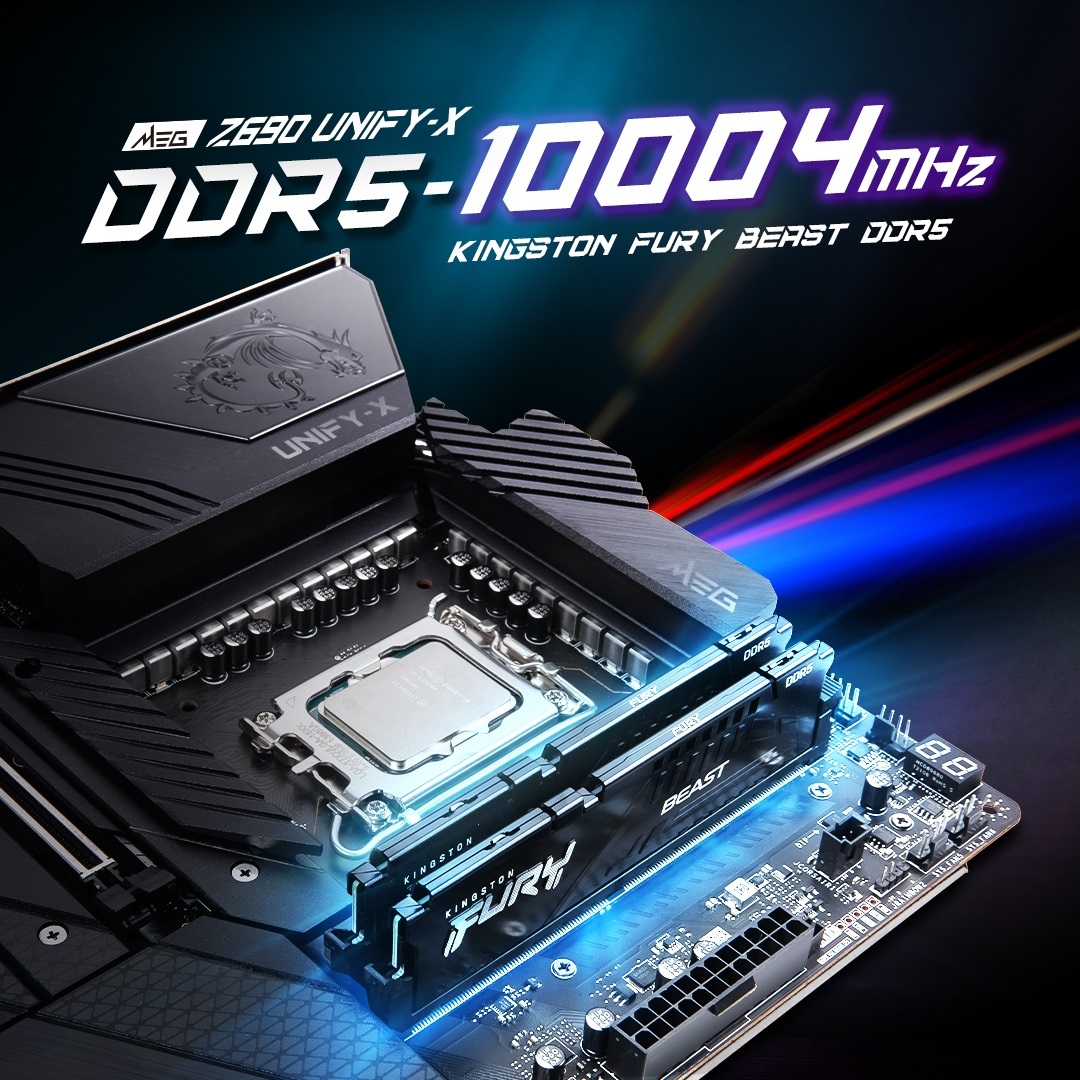 The overclocking record was achieved by Kovan Yang from Taiwan who is part of MSI's OC Team and also Extreme Overclockers of Taiwan. The overclocker used MSI's renowned MEG Z690 Unify-X motherboard which is known for its extreme memory overclocking capabilities and hit some insane speeds on Kingston's Fury Beast DDR5 memory kit. The whole platform was running on Intel's Core i9-12900KS CPU which was downclocked to 400 MHz at 1.253V to sustain the memory overclock.

As for the overclock itself, the Kingston Fury Beast which has been used to break several world records before was pushed to an insane 10004 Mbps speeds, There's a reason why MSI bundles the same kit with its flagship MEG Z690 GODLIKE motherboard, a product that costs almost $2000 US. 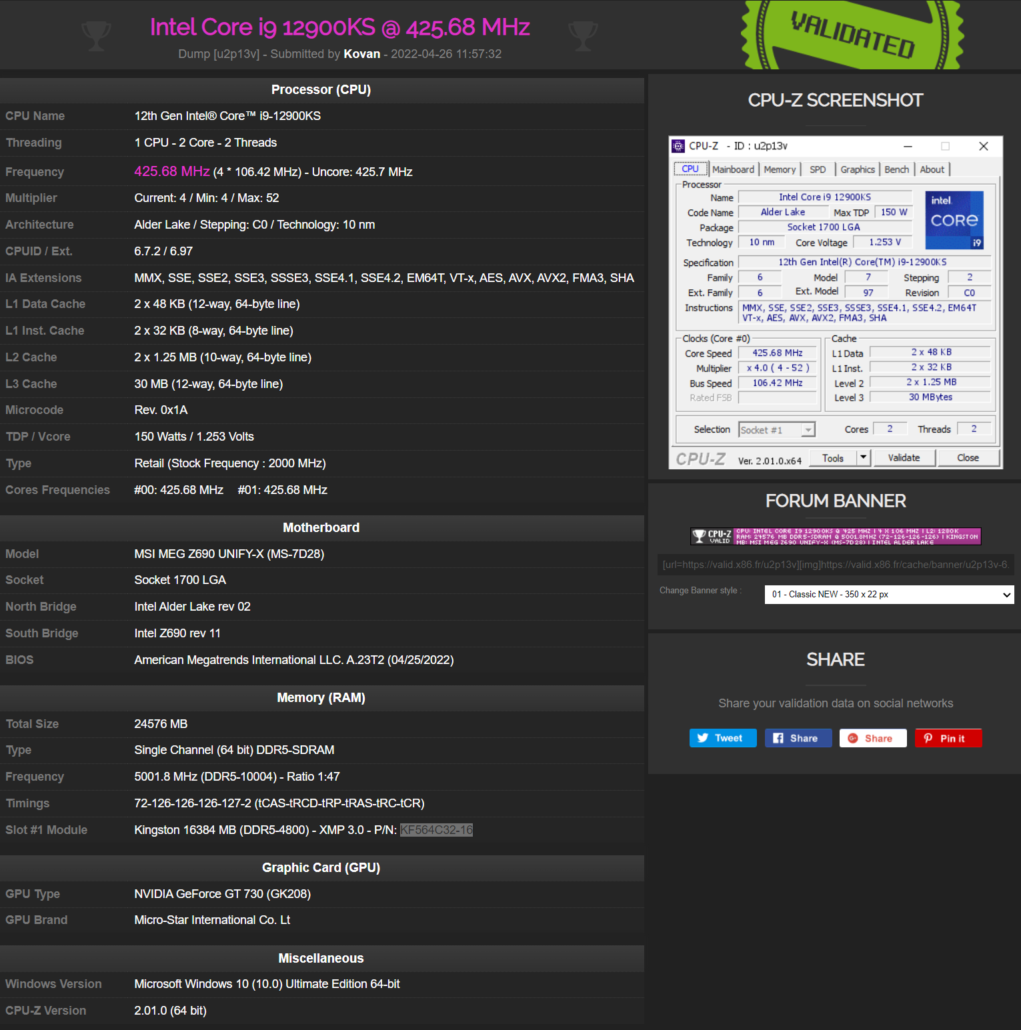 While this is truly impressive, we should remember that DDR5 memory makers have already pointed out that higher 10000-12000 Mbps speeds will be coming sooner or later. TEAMGROUP already stated that DDR5 memory can be pushed to over 2.6V while ADATA confirmed that faster DDR5-12600 memory kits are on the horizon and will come with up to 1.6V & offer enhanced overclocking capabilities. So just be assured that this overclock isn't even the limit of what can be achieved with the new DDR5 standard as we can definitely expect over 15,000 Mbps transfer rates once new Intel and AMD platforms hit the shelves.