Motorstorm 3 which was revealed a few days back has officially been announced by Sony Entertainment name Motorstorm Apocalypse.

The game features endless destruction and is based within a city where you'll find endless destruction in every block. With building collapsing everywhere the game will be more than just a race, Other opponents crashing with you and every corner where hell breaks loose this is one destruction derby. With a game play so intense this is one of the most most intense urban-racing ever. There's also infantry in your path which will alter the outcome of the race.

“Pick your vehicle from one of 13 classes, including supercars, muscle cars, superbikes, and even choppers, then choose one of 40 unique races while looters and military contractors fight for what is left of the city. No track is ever the same as you endure hundreds of explosive real-time dynamic events in the most unpredictable and spectacular races of your life.”

The game will have a single player "story mode" campaign where a player gets to choose from three different characters depending on the difficulty he has to play. That's just not it with a 4 player split-screen and 16 player online the multiplayer experience is going to be way better. The game also comes with a Game Mode Creator where you can create your own custom race types with unique triggered events and rules to upload and share them online. The game is due out 2011, exclusively for PlayStation 3. You can see the pictures below: 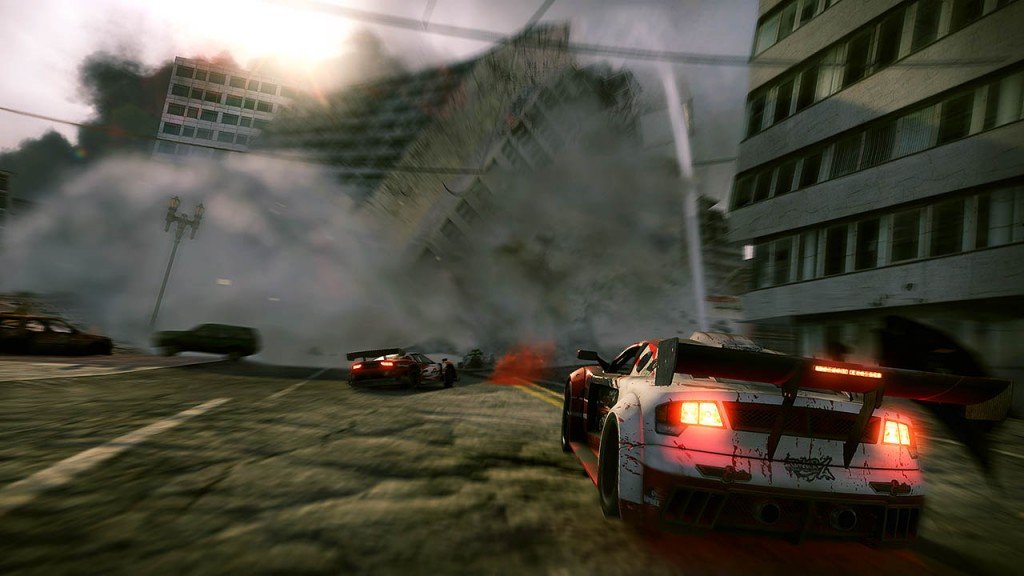 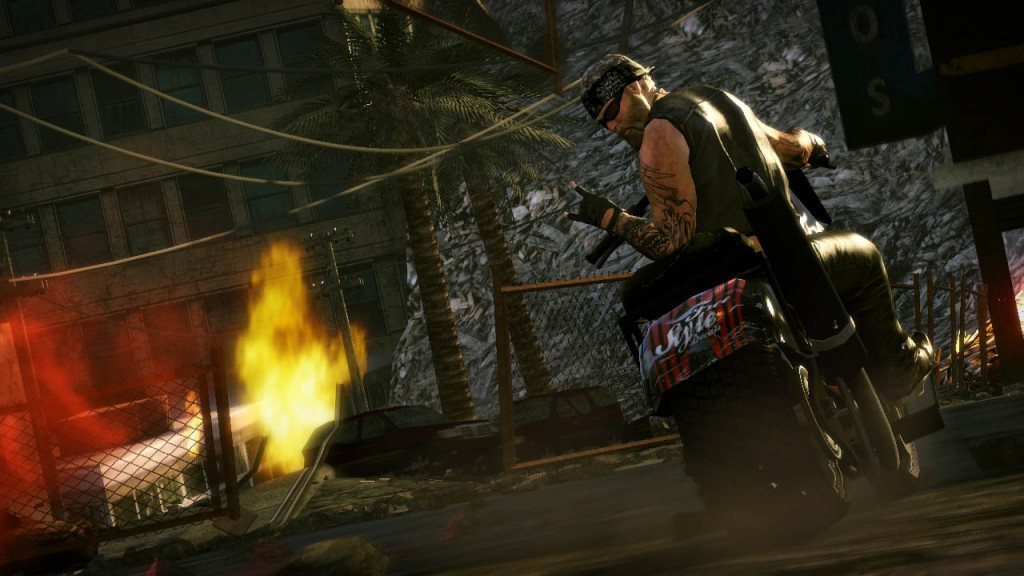 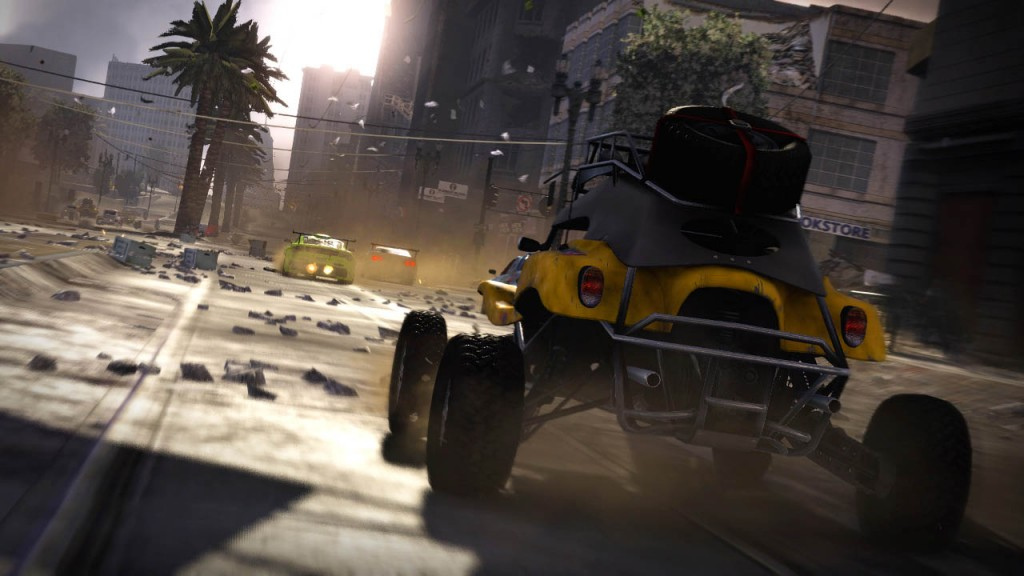 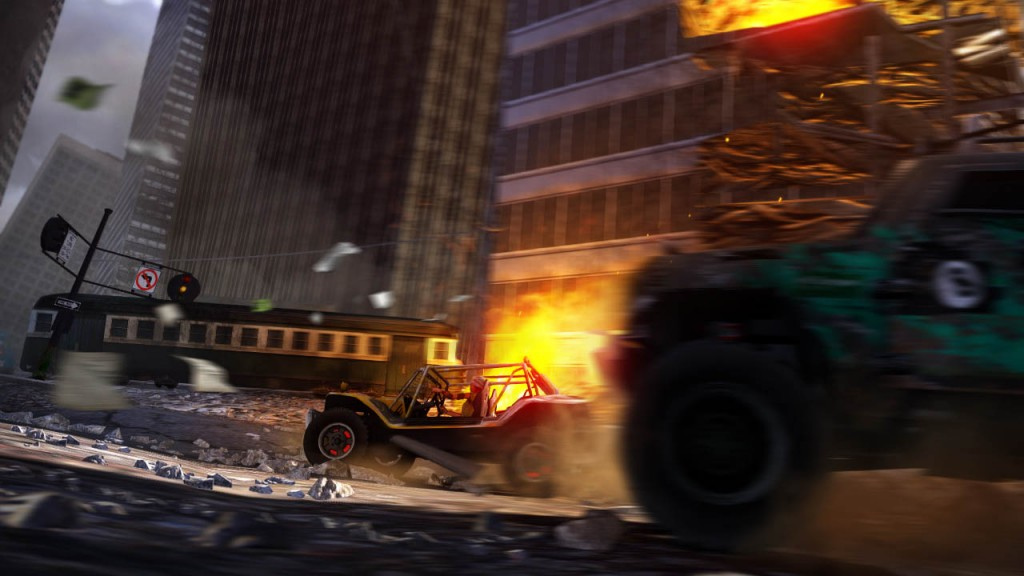 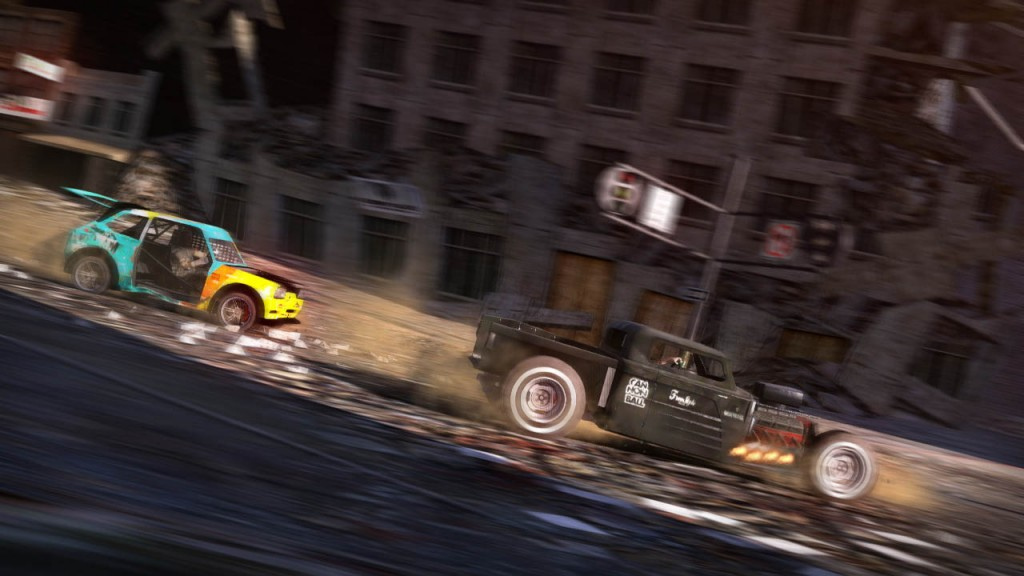