Motorola Making The Next Nexus Smartphone? Seems So – Click Here For More

Google's Nexus program has seen its fair share of doubt. It was put on a hold after LG's announcement that it would not be manufacturing any Nexus devices for the foreseeable future. This led to speculation that the program would be replaced by the Android Silver program. New life was blown into Nexus after Android Police reported what it believed to be a Nexus Tablet in the works. The tablet was HTC's 9'' Volantis, and was said to be the next Nexus device. The tablet is expect to come with Android L. Google's Dave Burke then confirmed that Nexus was indeed alive at an interview given at Google I/O.

Now its Android Police once again who believes that Motorola has a Nexus phone, the alleged Nexus 6 in the works. Motorola's Moto X+1 is the phone that has been causing all the hype recently. A month back there was a huge Moto X+1 leak, which ended up covering pretty much everything about the device. Now Android Police believes that Motorola has another smartphone in the works, codenamed the Motorola 'Shamu'. This may indeed be the next Nexus phone. 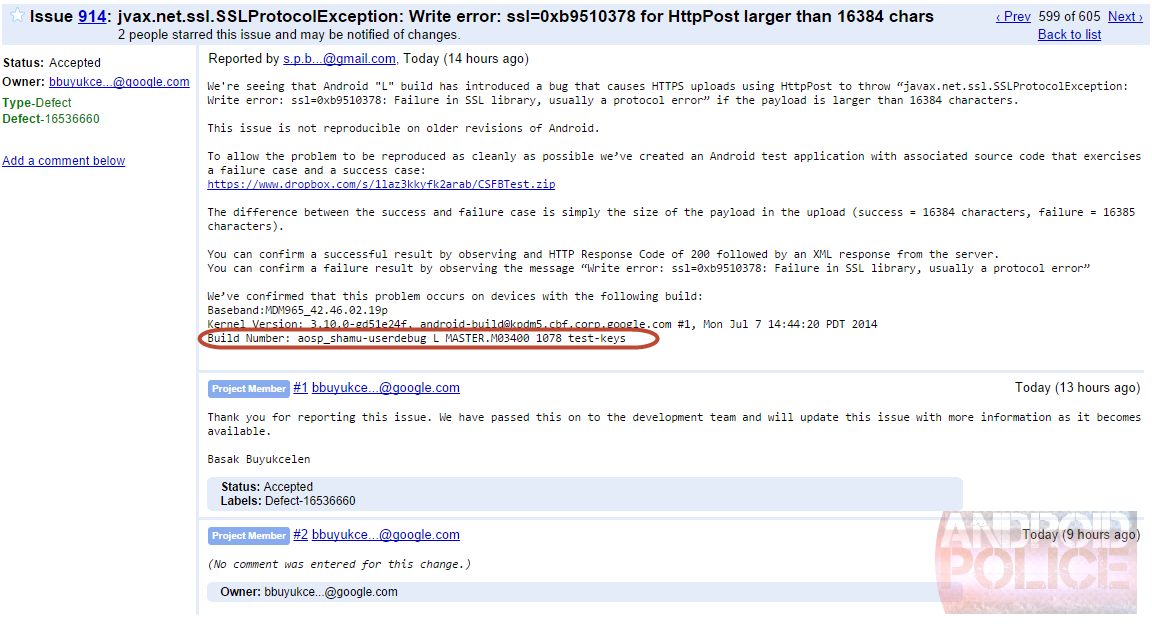 Motorola 'Shamu' Spotted In Google's Issue Tracker Platform As Well - To Be The Nexus 6?

AndroidPolice claims that the information it has is from concrete sources. Unfortunately, unlike the Volantis leak, there are no source images or even a render available for the Motorola Shamu. Android Police claims that Volantis and Shamu are mentioned together by their 'source' for Android L's release. In addition, the Motorola Shamu is currently running a Google-built kernel, something which is common with Nexus devices. Also, Nexus device generally have codenames of sea creatures as well. Go figure. All we can do is wait folks. But one thing's for sure, Nexus isn't dead yet. Not by far.