AT&T has finally launched the much awaited Motorola Backflip phone featuring Android OS. This is the first Motorola Android Phone AT&T is selling and as a matter of fact, this is the first feel of Android the company has after the iPhone.

AT&T does not want to be left out of competition and if not Google, then Motorola it will be for them to stay in the Android OS race. 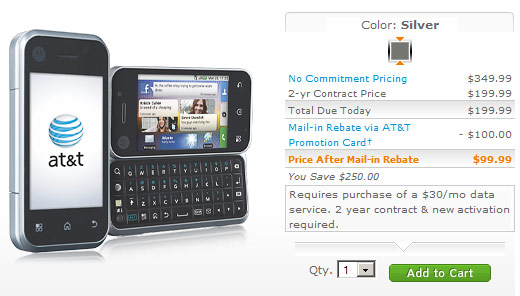 The phone is priced, as announced, $99.99 with 2 year contract with AT&T along with a mail in rebate. The Backflip features Motorola's very own "Blur", a networking tool which combines your social (and some non-social) activities within a single application. It is what Microsoft has somewhat done in their Windows Phone 7 Series.

Head to AT&T site to see more details on the phone.