We've been hearing quite a lot about Motorola's 2015 lineup so far, with the company expected to have several new devices up its sleeve so far. For a company that manufactured last year's Nexus, Motorola has ben silent so far, and its gotten us wondering to what the company could be planning behind all this secrecy. Well, courtesy of leaks and rumors we've still manged to get our hands on some information about a couple of devices, and today, its about the entry level Moto G for 2015.

Aside from flagship smartphones, there's an entire world complete of mid range and entry level devices. And with the Moto G, Motorola seems to be focused towards that segment as well. For a company that's known for its smartphone design, Motorola's Moto G seems to be a reasonable potential offering so far. According to news so far, the device is expected to come with Qualcomm's Snapdragon 410 on board, coupled with 1 GB of RAM and a rear camera of resolution 13 MP. 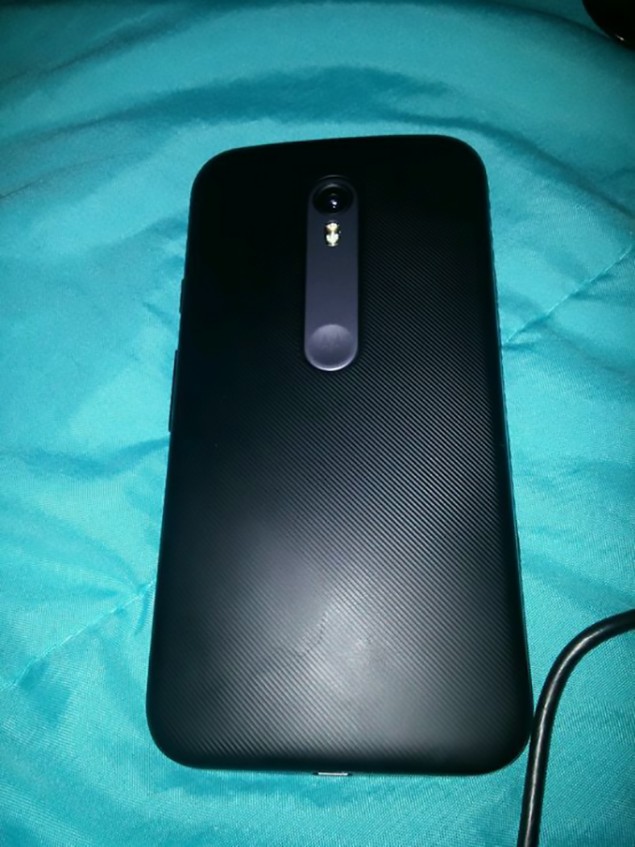 Aside from the performance and media specifications mentioned above, there's still more scoop for Motorola's Moto G. The device has an internal codename of XT1543 and will be coming with a screen size of 5 inches and a resolution of 720p, reasonable for anyone with modest smartphone needs. The device will also be coming with 8 GB of internal storage, which should also be supported by a MicroSD card slot, given today's storage intensive applications. In addition, its plastic back, as can be seen in the images above will be completely removable too, so anyone requiring periodic battery upgrades should be in for some good news as well. That's all that we have for the next Moto G folks. Let us know what you think in the comments section below and we'll keep you updated.