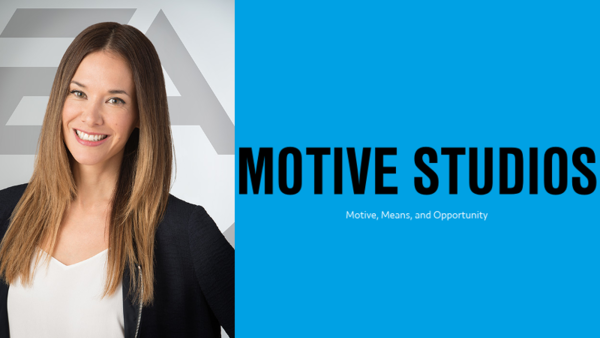 Raymond founded Motive Studios last year, when she left Ubisoft as producer of the first two Assassin's Creed titles. The new studio is based in Montreal, and the studio will be creating a completely new IP. On top of that, Motive will be assisting EA Visceral with their new Star Wars project.

Back in November, EA's CFO Blake Jorgensen, confirmed that Motive will be building an Assassin’s Creed-style action game.

"We’ve never really operated in the largest genre of gaming, and that’s the action genre. That’s the Assassin’s Creed-style games; more open-world, more single-play versus multiplayer. It’s not been an area that we’ve operated in. We recently hired Jade Raymond, who was behind the Assassin’s Creed franchise for Ubisoft and she will be building an action genre for us through a studio we’re building out in Montreal right now. So a lot of excitement around the action genre", Jorgensen said during the UBS Global Technology Conference.

At the moment of writing, Raymond's studio has several job opportunities, including the one mentioned above. Interestingly, while all other job listings mention the support on Visceral's Star Wars title, the listing for a senior VFX artist only mentions that the studio is  "incubating entirely new IP and taking on some amazing projects".

What the Senior VFX Artist will do at Motive:

Research, conceptualize and animate natural and fantastical effects that startle, dazzle and delight gameplayers.  Create VFX assets for in game environments and scripted events.  You have the drive to create effects never before seen in video games, and have a good eye for effective visual representations.

Develop a large range of visual effect art assets, according to the agreed design and within the constraints of the target hardware and software. These art assets include particle systems, meshes, textures, and animations

Partner closely with the Lead Artists and will be responsible for creating spectacular visual effects.

Communicate with programmers and designers as necessary to bring tasks to completion.

Another interesting requirement that is mentioned in the job description, is the creation of "  natural and organic effects", and " fantastical effects animation".

Judging from the job description, we're either looking at explosions, gunfire, energy FX, and scripted events in Visceral's upcoming Star Wars title, or these in-game effects are used for Motive's own upcoming action title.