Mortal Kombat X has just released for the PlayStation 4, Xbox One and PC. Ed Boon, the game's director when asked about the resolution of the game last year he responded that the game runs at 1080p/60fps on a highly modified version of Unreal Engine 3.

The folks over at Gearnuke have put the game under the microscope if the this is actually the case.

Ed Boon did not clarify whether the 1080p/60fps target was true for both consoles. It appears though that Mortal Kombat X does indeed run at a native 1080p resolution on the PlayStation 4.

The Xbox one version though doesn't exactly match it. The vertical resolution is 1080 pixels, the same as the PlayStation 4 version. 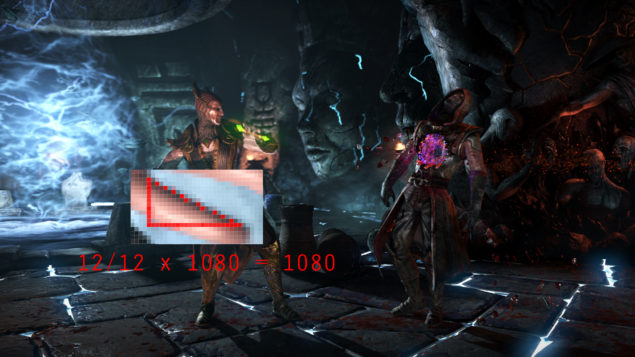 The horizontal resolution however is scaled up from 1360 pixels. The PlayStation 4 renders 1920 pixels which results in a cleaner image quality. 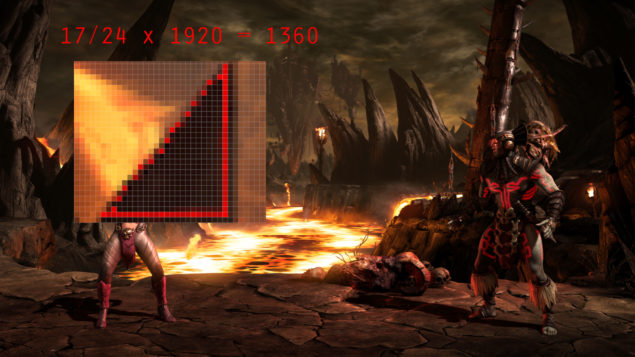 There have been other reports of the same findings as well, and while it is certainly disappointing, it seems to follow a common trend.

Regardless Mortal Kombat X is a great fighter and looks exceptionally good on both consoles, and quite amazing on the PC, especially at 4K.

Mortal Kombat X is available for PlayStation 4, Xbox One and Windows PC. The PlayStation 3 and Xbox 360 versions will be coming later in the Summer. Be sure to check out our previous Mortal Kombat X coverage for a lot more interesting information on the game , here and here.