Monopolies: Are they good for us?

We’ve had some lively debates over the years. Perhaps none more so than the various AMD vs. nVidia and Intel comment wars. This in itself has spawned side discussions in various economic areas, such as whether a monopoly is good or not and how the various elements of industry should coexist (or not). Examples get thrown around and cited with little economics to back them up other than anecdotal armchair economists throwing out comments, which either miss the fundamental points of economic theory, ignore real world scenarios or both. This article delves into the economics of industry with a specific focus on monopolies as relevant to the CPU and GPU sectors.

Monopolies: Are they good for us?

We at Wccftech tend to take an impartial view while reporting news (and rumors!), so for us it’s always interesting to see competing technologies and companies attempt to out-innovate each other regardless of whether that innovation is in GPUs, CPUs, APUs or the latest mobile phones.

It’s true, I’m a finance geek in my spare time as per my profile (actually full time amongst my other endeavors!). But although I studied economics at university, my background in industry is primarily in high frequency, automated derivatives trading rather than the broader economics discussions which take place here on the site. As such, although I have a good grounding in economic theory, for this article I turned to someone better qualified than I. 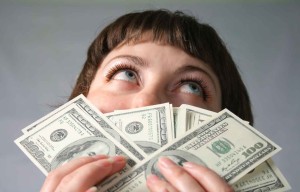 I have managed to secure for an interview a respected international economist with a long career working as an economist and fund manager. He graduated from the London School of Economics and Political Science with a masters in Mathematical Economics & Econometrics. He has worked over the years in the UK, US and Hong Kong in both the public and private sectors, working for the National Economic Development Office (NEDO) and Quango in the UK public sector, as well as several private sector fund management organizations including Mercury Asset Management, Wellington and most recently (prior to retiring), at Morley Fund Management (now Aviva Investors) as both their Chief Economic Strategist and a fund manager running a Japan fund.

Over the years he has been interviewed by Reuters, Bloomberg, CNN, The Wall Street Journal and others. As such, it’s fair to say that the guy knows what he’s doing.

It’s odd for me to interview such a seasoned professional of the finance industry in my capacity as a journalist for Wccftech however, because it’s fair to say that he’d not normally consider giving an interview to a site like ours given his background. It’s also odd for me to interview this person for another reason. He happens to be my dad! Please welcome John Ip to the virtual offices of Wccftech (actually, this interview takes place at his house!).