Monkey King: Hero Is Back Gamescom 2019 Preview – Journey To The Unknown 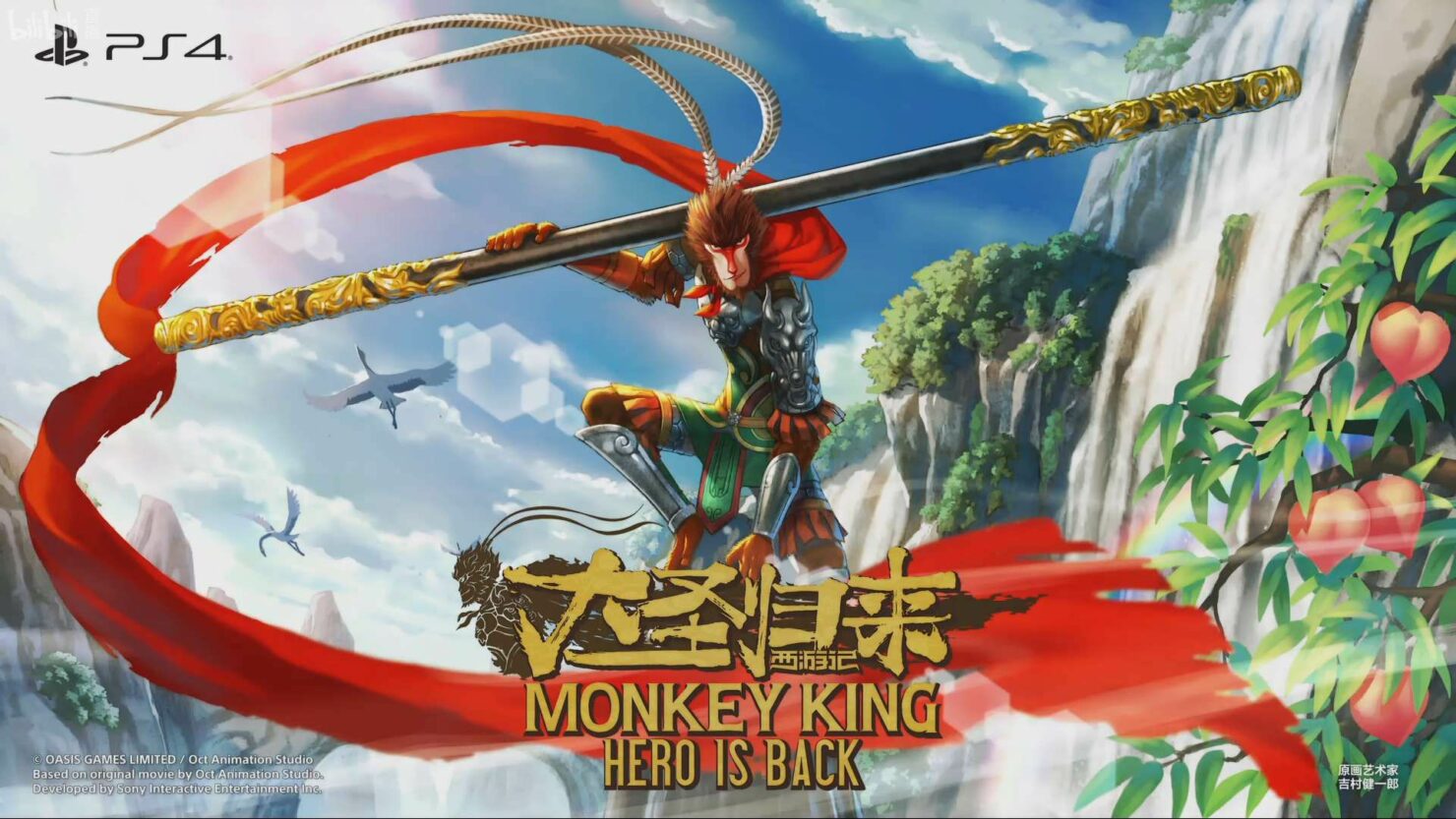 There were some great games hidden away at the THQ Nordic booth in the press area, but unfortunately, I came away unsure if this was one of them. Monkey King: Hero Is Back might not be something you've heard of before, it was certainly new to me, but I could immediately tell that it was an adaptation of the Chinese classic Journey to the West. This really is a legendary tale that has persevered through generations, and anything that brings this tale to a wider audience is only a good thing. Though I'm not sure I'm writing for the audience this is aimed at.

Monkey King: Hero Is Back is actually an adaptation of the smash-hit movie. If you haven't heard of that either, it's because it was a smash hit in China back in 2015, not necessarily the rest of the world. But that hasn't stopped Sony from producing a video game tie-in for the Chinese market, and with THQ Nordic's help, the game is finally being published in North America and Europe, too.

The game follows the story of the movie fairly accurately, but with some brand new scenes and episodes to expand the narrative and give players a deeper knowledge of the characters. I have to confess, the environments looked good, the character models looked sharp, and the game has adopted the stylized 3D visuals of the movie near perfectly, in the same way that Kingdom Hearts III replicated the style of films like Frozen and Tangled. For Monkey King fans, this looks like a great companion for the film. And hey, if you want to get into the film, the protagonist is voiced by Jackie Chan in the English localization, so that's cool. 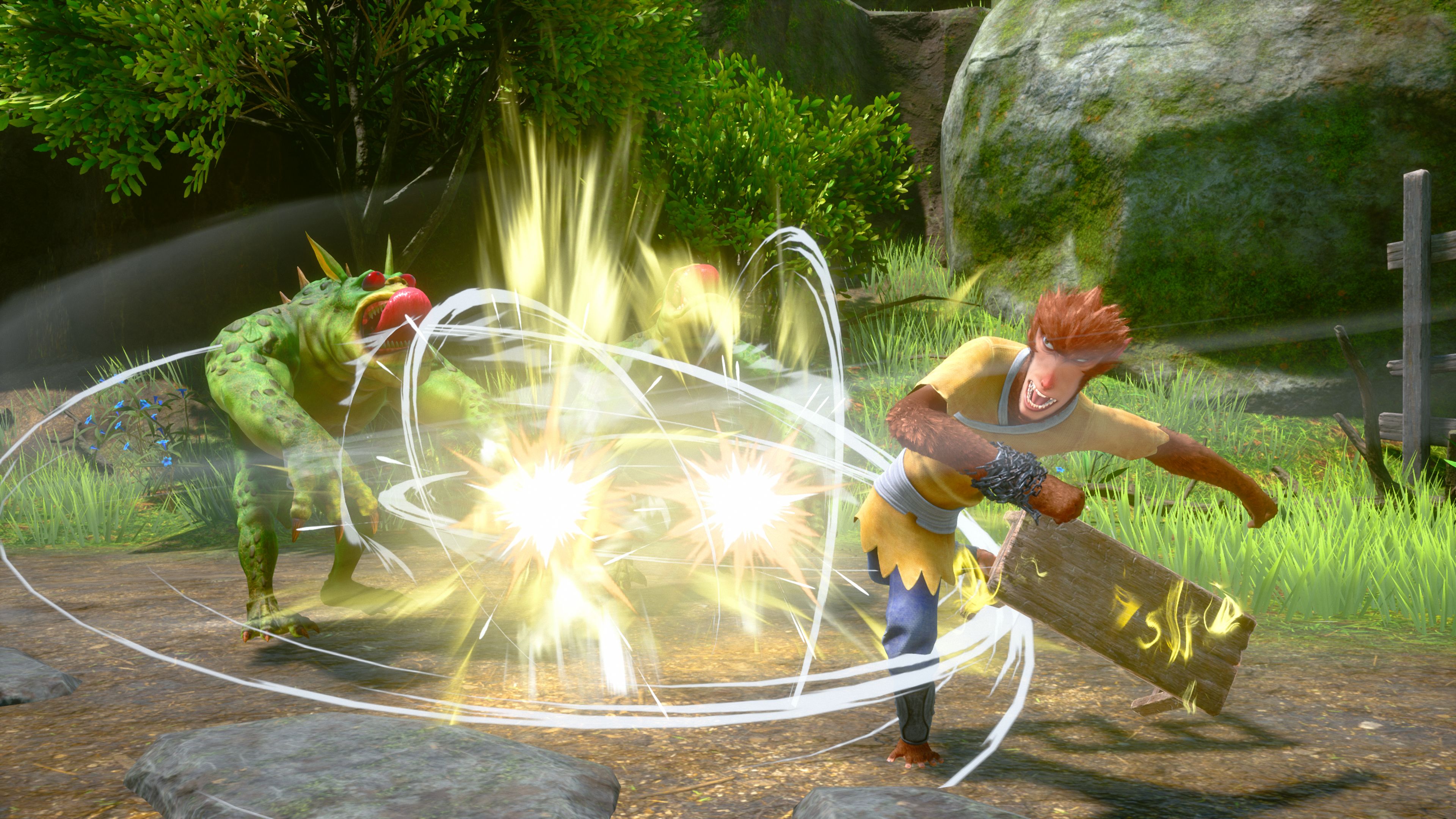 But honestly, while watching gameplay unfold I just felt underwhelmed. Sony might have put their developers and influence behind this, but it still manages to look and feel like a cheap budget movie tie-in. Which it is, of course, but it's hard to see it as anything but a negative point. It's unlikely that the film or franchise has many fans in the Western world, and without that attachment to the series, it's a bit hard to imagine justifying buying a game like this. It isn't like the LEGO games, where some repetitive gameplay is held up by recognizable and loveable characters. Here the cast is going to be pretty alien to a Western audience, and while children might be entertained by the fairly simple gameplay and controls, there are still far better games for them on the market.

Monkey King: Hero Is Back doesn't look awful by any stretch of the imagination. In fact, many of the animations in the game look smooth, and while fighting enemies the Monkey King does flips and impressive martial arts techniques that look smooth in motion. There's even a parry mechanic to deflect and punish enemies if you predict the timings on their attacks - of course, the window for timing is fairly generous.

I know it sounds like I've been mean to Monkey King: Hero Is Back here. In fairness, it looks like a fine, if average, movie tie-in, it just doesn't inspire anything in me. I feel no excitement for it, nor desire to play it. If you happen to be a fan of the movie or have young children, this will be great. But I imagine movie fans in the west are few and far between, and the game doesn't have anything else unique or interesting about it. This certainly isn't a bad game, just an uninteresting one, which just might be worse from a certain point of view.

The game will be released on October 17th for PlayStation 4 and PC.