While surfing the gaming channel on YouTube I came across a very interesting video which I thought to be a hoax at first until I actually saw the video, the video shows what appears to be the main menu of Modern Warfare 3 could this mean that a Modern Warfare 3 Beta leak could be imminent again on JTAG XBOX 360's? While news of this isn't really public yet it's probably best to assume that this is probably a leaked beta or a very well modded theme of Modern Warfare 2 running, while the channel owner claims that he will upload campaign and game play footage lets see if he stays true to his word. 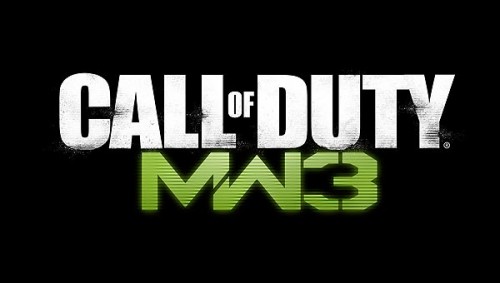 Modern Warfare 3 is one of the biggest competitors against Battlefield 3 for Multiplayer supremacy, where Call of Duty has brand loyalty while Battlefield 3 has stunning graphics, diverse game modes and a larger fan base this time around. It seems that after the leak of Gears of War 3 on JTAG 360's there could be ANOTHER leak of Modern Warfare 3 on the JTAG consoles again.

Modern Warfare 3 is the most wanted title when multiplatform games come into question, you don't have to be a hardcore gamer to know that Modern Warfare 3 will definitely best Battlefield 3 with little to no effort.

While the video doesn't really show anything conclusive aside from the uploader just navigating a menu layout similar to Modern Warfare 2 he does however bear promise of gameplay videos and such if he could get Likes and Subscribers. Although there is still no major news on this leak it should be interesting if this joins the early leak club along with Gears of War 3 to make this year a memorable year of leaks 😀 I mean first Crysis 2, Deus Ex: Human Revolution, Gears of War 3 and Modern Warfare 3 would definitely make this a record year for leaks.

If this is anything like the beta for Gears of War 3 the campaign should be playable right off the bat with few glitches here and there and of course multiplayer and spec ops are out of the question unless you plan on doing spec ops on split screen. Let's wait and see how things develop from here.

UPDATE: Since many people have misunderstood what I originally tried to say, I am making this clear right now that when I said the words "Modern Warfare 3 will definitely best Battlefield 3 with little to no effort." I was talking about the sales of the game itself I am in no way saying that either game is terrible in terms of multiplayer or story or anything, I am more biased towards Battlefield 3 but unfortunately CoD series has something called Brand Loyalty which sadly is what drives people to continue supporting what is becoming an overused brand name. Battlefield 3 will definitely do better sales this time around since EA has added a generous advertising budget of the game and considering how the EA Keynote was at this years E3 I have high hopes for Battlefield 3 actually competing with Modern Warfare 3 🙂 considering how far along the game has come since Bad Company 2. So guys I know about the capabilities of Battlefield 3 but since this was a Modern Warfare 3 post I had to talk more about it rather than Battlefield 3. I hope this clears up any misconception I may have created.

I would also like to add that I am neither confirm nor denying that the leak is authentic or not, So far the leak is still in question and has not been confirmed yet. Neither I nor the site are acknowledging that the game is indeed leaked hence why I added a question mark in the Post title as soon as I get confirmation regarding the authenticity of the video in the form of a follow up video from the channel owner or a tweet from one of the studios working on the game I will update the news accordingly