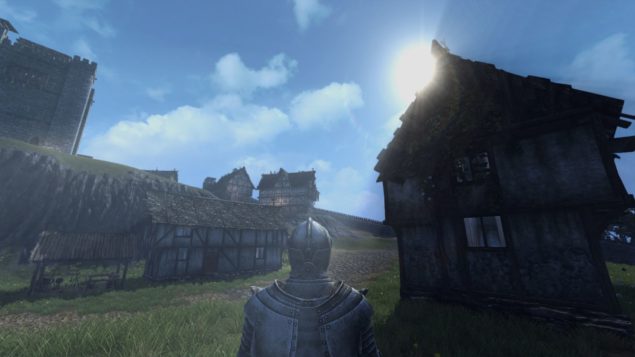 Life is Feudal is already available on Steam, but that doesn't mean Russian developer Bitbox is done with it. In fact, it's just the beginning since the current version is merely a limited version of what Life is Feudal is meant to be.

The game was originally envisioned as a true MMORPG, but due to lack of funding Bitbox decided to release Life is Feudal: Your Own first. The current version allows players to host a private server for up to 64 players in a 3x3 km game world, but the MMORPG (scheduled for release next year) will go far beyond that.

According to the studio, it will feature a playable world of 118 square miles or 306 square kilometers; this is equivalent to five Manhattan islands. The following infographics also mentions some other interesting data, such as Life is Feudal MMORPG containing 2.8 million trees, a figure that could fill 140 New York Central Parks.

It's important to note that the maximum number of concurrent players will also be much higher in this version, going up to 10K for each server. 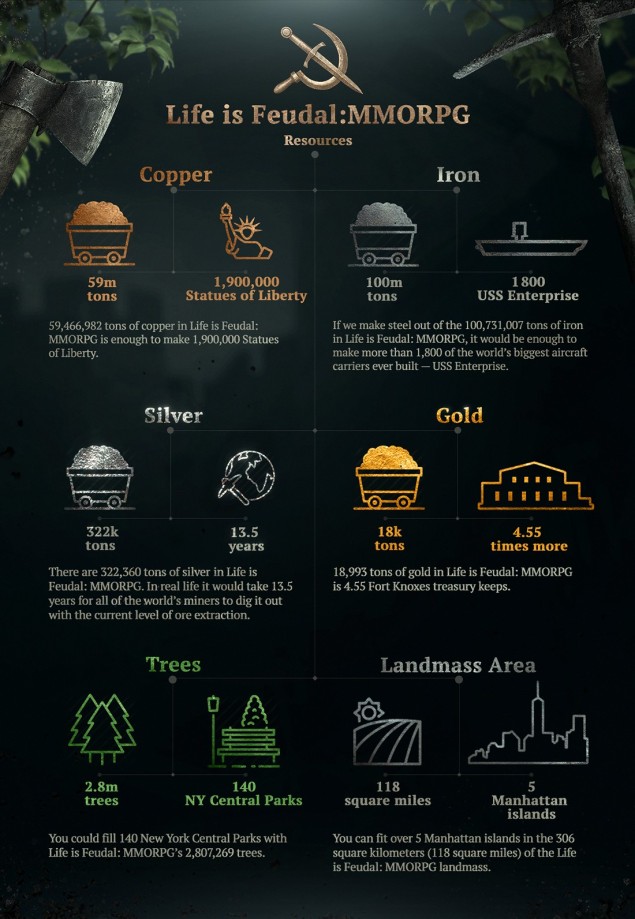 Bitbox also released a new update for Your Own, adding enhanced weather to the game. Snow and rain will now affect even gameplay.

Weather and seasons aren't just for show in Life is Feudal: Your Own. While rainy days are great for tree growth, livestock prefer the warmth of sunshine, and the perfect mix of both weather conditions can double or even triple crop yields.

Who doesn't love a good snowball fight? Of course, snow comes with a few complications of its own. If left to accumulate, snow will not only slow you down on roadways (removing the associated speed bonus), it can eventually smother your fields and destroy your crops.

Check out the video below for a sneak peek.