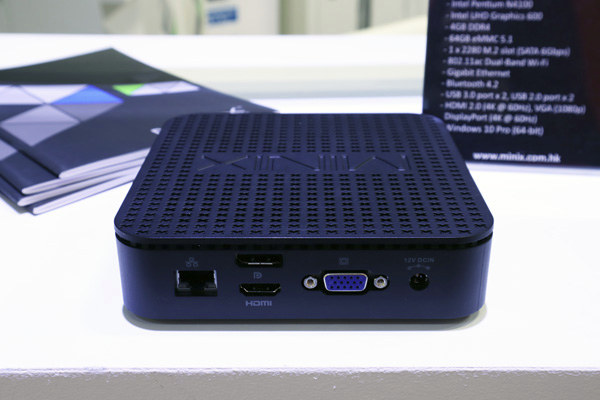 MINIX just released the New NEO G41V-4 fanless mini PC, which supports up to triple displays and expandable storage. The NEO G41V-4 is attempting to replace the smart TVs and other smaller less powerful PCs, most mainstream users will find it quick and responsive, while the more enthusiast-grade users will find it a bit lacking with the limited storage and no sign of a graphics card in the machine. This does limit the mini PC heavily as most AAA games will not run, or run on extremely low settings. The Intel UHD Graphics 600 has only 200MHz speed with a boost clock of 700MHz, while not the fastest (IGP) Integrated Graphics Processor, it will be able to push three monitors at 1080p under light load without an issue.

The NEO G41V-4 specs are a good PC in general, with it's Intel Celeron N4100 quad-core Gemini Lake processor the base clock speed is 1.10 GHz with a boost clock to 2.40 GHz. For normal operation i.e. browsing the web, watching videos, but for a more intensive operation like gaming and/or 3D modeling this processor would start to lag and at very slow. For Ram, the NEO G41V-4  has 4G that is soldered onto the motherboard, so, unfortunately, that is non-upgrade ability, The 64gb eMMC 5.1 that is also soldered on to the motherboard. While the ram and the storage are non-upgrade able there is an M.2 slot hidden below the chassis of the PC. 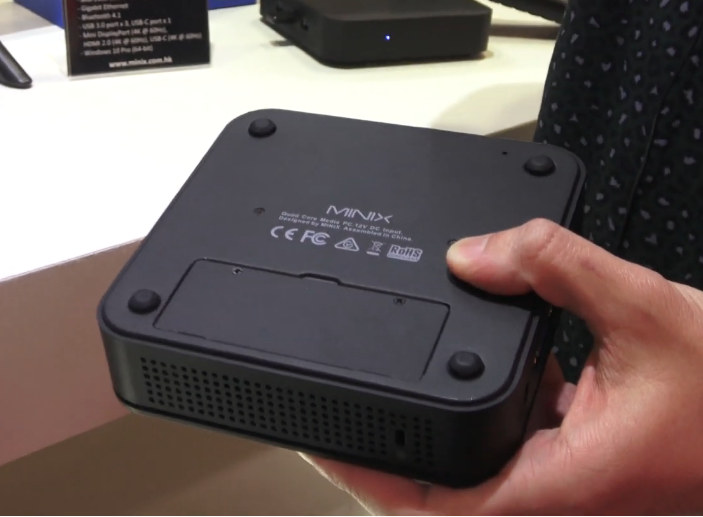 The ports on the NEO G41V-4, which allows the triple display to output to separate displays is, an HDMI 4Kp60, a DisplayPort 4Kp60, and a VGA up to 1080p, on the same side as these ports, there is an Ethernet port that offers up to a Gigabyte per second transfer speed, without the cord, dual-band WiFi 5 802.11ac 2×2 MiMO with antenna is the best way to connect to the internet. Besides, the bottom that houses the M.2 slot, the other side of the PC houses 2 X USB 3.0 ports, 2 X USB 2.0 ports, along with a TF card and 3.5mm headphone jack. 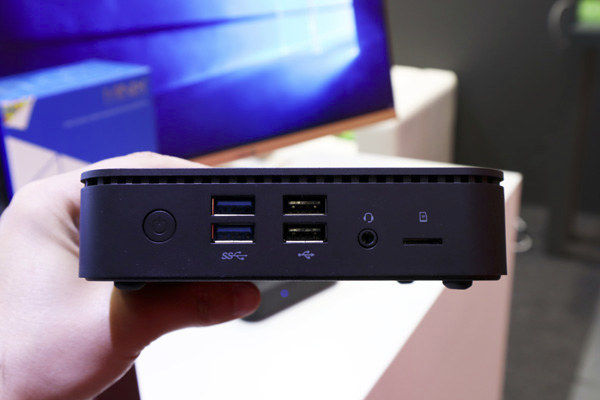