MINISFORUM has been kicking around the ultra-small form factor scene since 2012 bringing innovative designs to compact enthusiasts and office professionals. MINISFORUM will soon be launching their INDIEGOGO campaign for their upcoming X35G and you can sign up for notifications for when it goes live on their website.

But what is the MINISFORUM X35G? Pretty straightforward it's a super small complete computer system that can be used for pretty much anything you want to do with it, except be a AAA gaming machine of course and that's not a bad thing. It comes packed with the 10th Gen COre i3 1005G1 dual core CPU with Hyperthreading configured at a 15w TDP. This makes for a good home computer for those who need to do remote office work, or a even in the office as it can be strapped to the back of a computer monitor and take up no desk space. 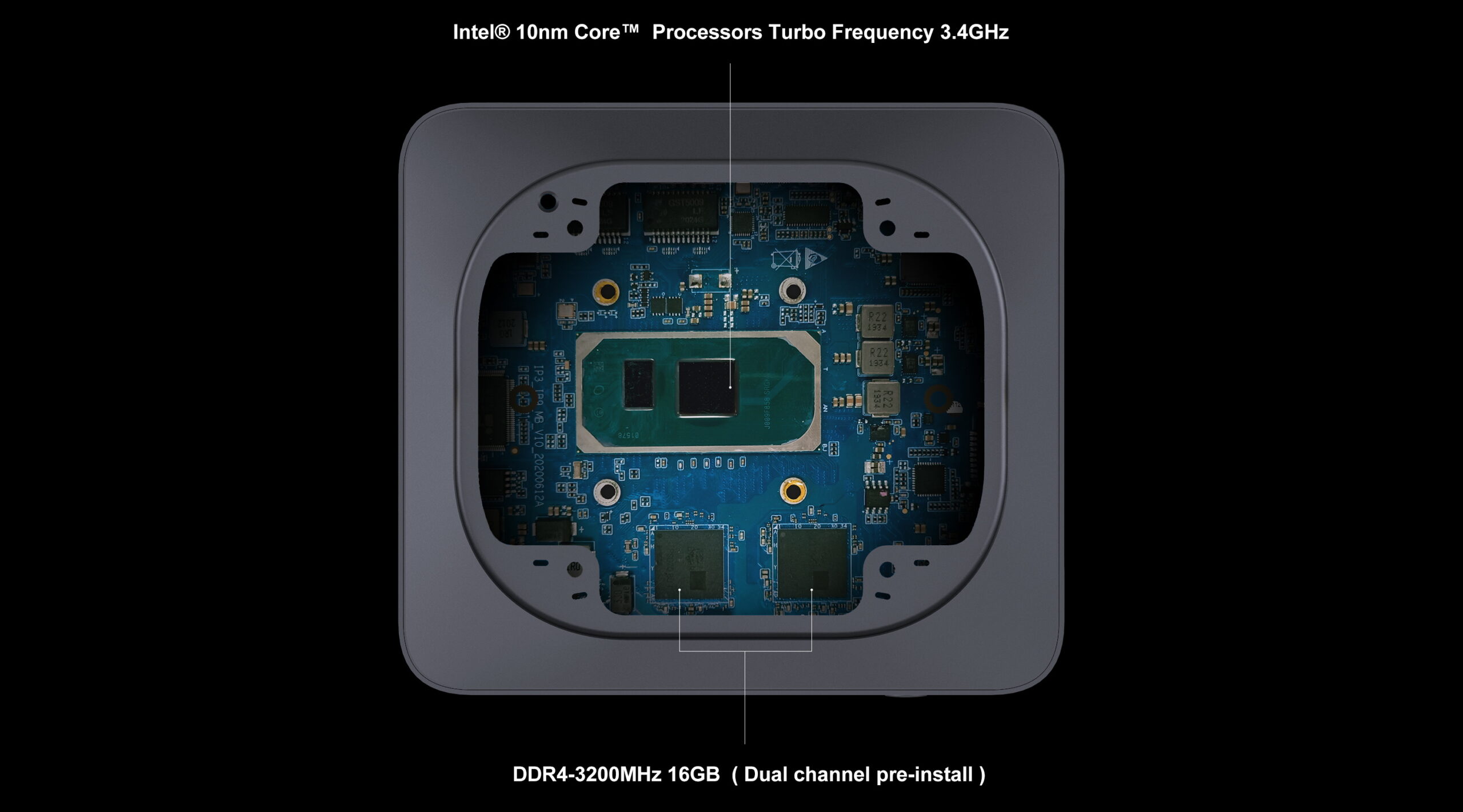 You won't be restrained by memory since the X35G comes with fixed 16GB DDR4 3200. Thunderbolt 3 is present here so you could, in theory setup a nice docking station at home and at an office and just drag the unit back and forth. Maybe one of those docks is an eGPU enclosure with a modest graphics card and you can do some light gaming with this little box without toting cables around since it can be powered through the same port.

Storage wise you'll find it's compatible with Intel's Optane with a single M.2 2280 NVMe slot available as well as a 2.5" drive sled and an M.2 SATA drive. So storage is a bit more robust than usual for something this small.  Intel WiFi6 AX200 will be handling the wireless needs so you'll be getting the latest in WiFi technology.

Outside of strapping an eGPU with no more than an entry-midrange graphics card (think GTX 1650 SUPER or RX 5500XT) the Intel UHD Graphics should be capable of at least some good classic emulator support. Running something like ReDream should allow you to setup the X35G as a solid media center and classic gaming emulator system. Pushing out a 4K image with the included HDMI 2.0 port shouldn't be a problem, but playing back 4K content? That remains to be seen.