MINISFORUM is about to release their H31G to the market at this end of this month and it's quite an interesting take on the ultra-small form factor market. Typically with models that are similar to this in size, you'd be getting a very low wattage CPU only style solution, but here you'll be getting a bit more power than even I expected.  The H31G comes in at a whopping 1.4 liters.

As far as CPU power in this package you'll be able to equip it with up to a 65w 9th Gen Intel Core i7 part, recommended configurations are i5-9400F/i5-9500F/i7-9700F. This allows the tiny 1.4-liter box to house either a 6 or 8 core (sans Hyper-Threading) CPU to be able to handle most daily tasks as well as photo and some video editing with ease. If you've been keeping up you'll notice it's the "F" SKU chips which does mean there's no iGPU included, so no QuickSync but the H31G does have a dedicated GPU. Memory is supported by a pair of SODIMM slots allowing for dual-channel memory at speeds of 2133/2666MHz and capacities up to 64GB if needed.

The graphics side of things is handled by the NVIDIA GeForce GTX 1050Ti 4GB which should handle quite a few of the world's most popular games at 1080p with ease. Games like Fortnite, Apex Legends, Grand Theft Auto V, and Rainbow Six Siege should be quite enjoyable. Cooling for the GTX 1050Ti and the Intel Core CPU is handled by a shared cooling solution that is designed for up to 150w of cooling so in most cases both the CPU and the GPU should be able to run full out without issue.

Storage is exceptionally flexible for the form factor. Typically you'd get either an M.2 or a 2.5" slim bay in something this small. But, storage expansion includes 1xM.2 2280 PCIe SSD slot up to a 2TB PCIe 4x, 1x2.5" SATA HDD/SSD, and an additional M.2 but this one is limited to 2242 SATA so you're gonna have to use one of those oddball ones. But still, 3 storage devices are quite nice. 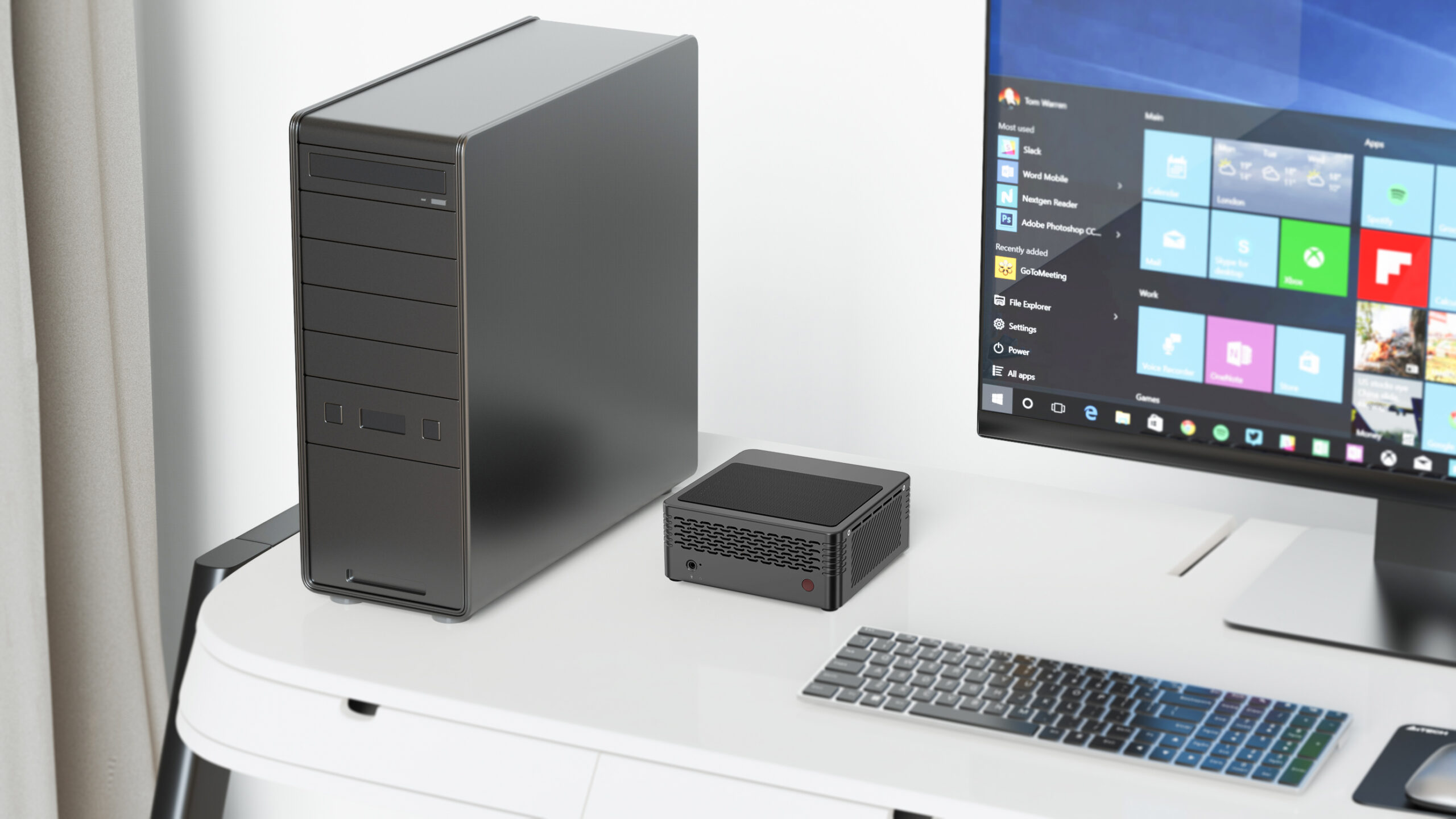 The only real criticism I have so far from the components used in that the GPU could have benefited from being upgraded to the GTX 1650. But, often designs like this lag behind about a generation due to components being allocated to the major brands so the unique designers like MINISFORUM a bit behind, but that's not to say this setup isn't going to be great for a wide variety of uses.