With Far Cry 3 making its mark on consoles and PC at many events earlier this year (especially E3) its no wonder fans are very excited about this magnificent game. But Ubisoft has gone one step ahead of marketing this game and have in fact decided to recreate the world of Far Cry 3 into Minecraft into a perfect 1-1 Scale, this was recently done to World of Warcraft (More specifically created Kalimdor to a 1-1 Scale) But this time this mod isn't being done by a fan and Ubisoft has acquired the talents of Michael Lambert to do the transition of a beautiful jungle world into a world of block heaven. The transition has been given the appropriate title of "Minecryft" 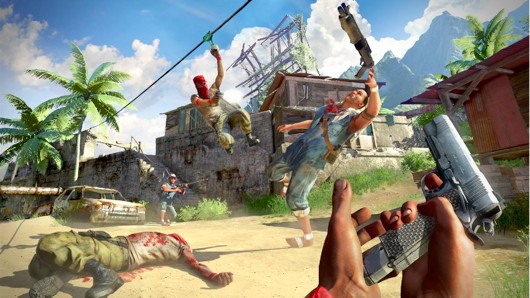 Far Cry 3 is definitely one of the more anticipated games of the Q4 of 2012 and with the year coming to a close it would be a good way to end the year with such a fantastic game. Ubisoft has always been known for their clever marketing campaigns especially with the advertisements they are circulating around the U.S and Canada. But their next marketing stunt won't be available for all to see. Not unless you own the ever so popular Minecraft on PC, Ubisoft revealed that they would be releasing a free mod for Far Cry 3 on Minecraft giving players access to a 1-1 scale of the Far Cry 3 world! And Ubisoft has even taken to the assistance of legendary Minecraft maker (Michael Lambert) who will be making the transition.

The advantage of the mod is that while it's free it will also help give players an edge on the release date of the game so you won't have to be lost in the beautiful yet dangerous Jungles, considering the game will be a 1-1 scale it is safe to assume that Michael will indeed make every nook and cranny precisely where it's meant to be.

The mod will be available on Far Cry 3's website on October 26th! So keep your pick axes ready.