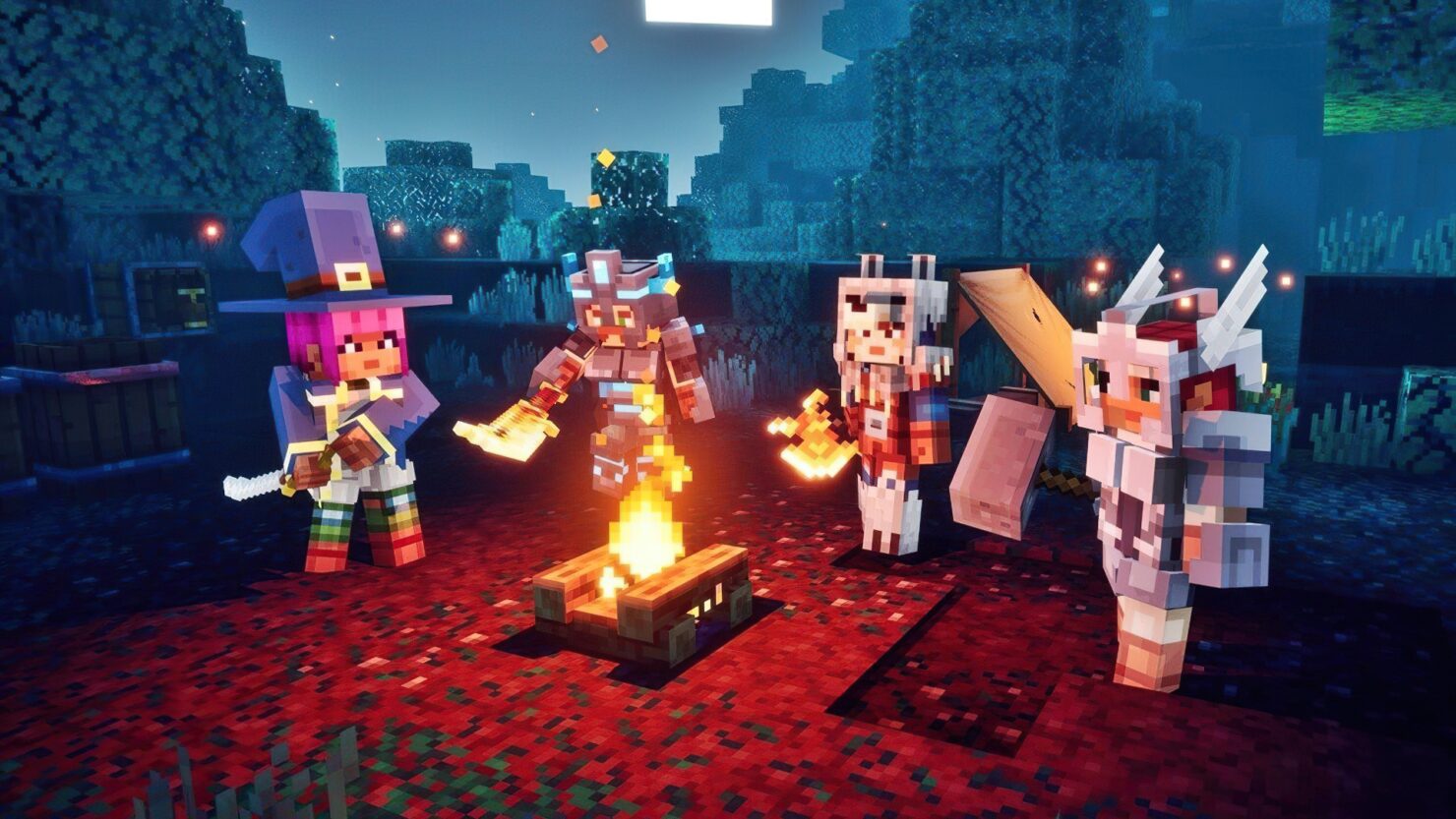 Minecraft Dungeons is adding cross-platform play next week across multiple platforms. Players will be able to jump into games together across PlayStation 4, Xbox One, Nintendo Switch and Windows as of November 17.

The Minecraft Dungeons Twitter account made the announcement official with a quick clip and an announcement for heroes to "join forces" in whatever platform they play on.

Minecraft Dungeons is a dungeon crawler based on the Minecraft universe that allows players to come together in RPG-like settings to slay monsters and collect treasures across randomly-generated open world segments. This hack-and-slash dungeon adventure is played from an isometric perspective. It also includes familiar Minecraft mobs and characters in different roles than they'd usually be found.

The game doesn't include classes, but allows players to use any weapon or armor they want, while presenting the story of villagers who work to defeat the Arch-Illager, while saving other villagers, fighting monsters, and completing quests to earn experience and level up. It's a great way for multiple players to come together and enjoy themselves, almost like a "baby's first Diablo" title. It's a good option for players of all ages.

Heroes, are you listening?!

Cross-platform play arrives on November 17 for Nintendo Switch, PlayStation 4, Windows and Xbox One! It’s almost time to join forces – whatever platform you play on! pic.twitter.com/wDusUWYYOY

We awarded Minecraft Dungeons a 7.6 in our review, calling it a "bright and colorful dungeon crawler." Ultimately, it didn't innovate enough to be too memorable, though it's still an "accessible" and "fun" game in the end.

"It doesn't bring anything new to the genre, and takes away quite a lot of its complexities, leaving us with a simple, accessible, unremarkable yet still fun game."

For anyone who's been waiting to experience the game with friends, now's the best time to do so. With all the hubbub surrounding next-gen consoles right now, it might get you in the mood to play more of vanilla Minecraft as well, and that's always going to be a game best enjoyed with friends.