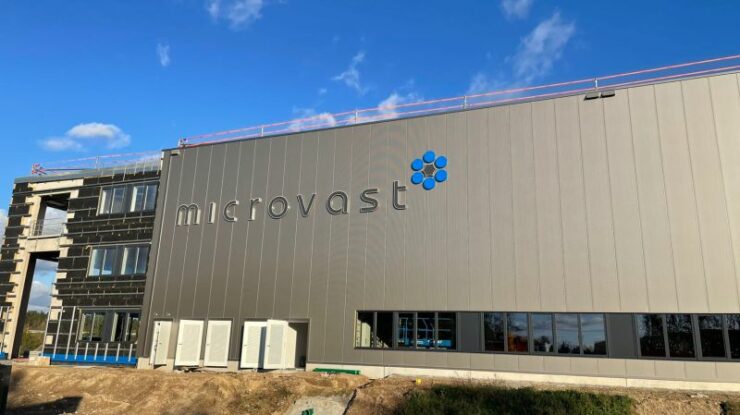 Microvast, a leading provider of next-generation battery technologies for commercial and specialty-use electric vehicles, continues to attract substantial interest from investors as the formalization of its proposed merger with the Special Purpose Acquisition Company (SPAC), Tuscan Holdings Corp. (NASDAQ:THCB), draws ever closer. As an illustration of this phenomenal interest, Tuscan Holdings shares created a new all-time high on the 09th of December, closing at $17.20 per share. While the stock’s gains have moderated since then, the much-anticipated inking of a definitive merger agreement with Microvast is likely to unlock the next substantial upward move in the SPAC’s shares.

Readers should note that a Special Purpose Acquisition Company (SPAC) does not possess any intrinsic value. Rather, this is basically an investment vehicle that utilizes its IPO proceeds to acquire a private company. Accordingly, the general consensus on the street indicates that Tuscan Holding’s definitive merger agreement (DA) with Microvast is likely to materialize within the next few weeks. Bear in mind that the two entities have already signed a Letter of Intent (LOI) to merge.

This brings us to the crux of the matter. Microvast utilizes comprehensive vertical integration that ranges from the battery chemistry aspect (cathode, anode, electrolyte, and separator) to battery packs. The company currently offers three primary products – battery cells, modules, and systems. Its battery cells retail in three different configurations:

Of course, the most appealing feature of Microvast batteries is their combination of fast charging and long cycle life with enhanced safety. As an illustration, Microvast’s battery systems can be fully charged at the 6C rate, corresponding to a 100 percent charge in 10 minutes. This ability to maintain phenomenal fast charging capability has allowed Microvast to win sizable contracts. For instance, in 2019, the company entered into a collaboration with FPT Industrial – the global brand of CNH Industrial – to supply battery modules and enable in-house design and assembly of battery packs for deployment on CNH Industrial’s vehicles. Moreover, the company’s batteries are already installed in over 28,000 vehicles globally. As far as the financials are concerned, Microvast expects to earn a revenue of $100 million in 2020. Of course, investors would be able to glean a more comprehensive financial outlook once Tuscan Holdings files the requisite prospectus with the SEC after signing a definitive merger agreement with Microvast.

Investors should note that Microvast is not the only promising battery play currently in the market. The solid-state battery manufacturer, QuantumScape (NYSE:QS), recently made waves when it revealed that its batteries could charge to 80 percent capacity in 15 minutes. Similarly, Toyota made waves earlier in December when it revealed that its solid-state batteries could charge to full capacity in 10 minutes. While QuantumScape’s commercial product is still some distance away from a formal launch, Toyota expects to bring its product to the market in 2021.

Multiple winners in the battery sphere are likely to emerge with the global transition to electric vehicles in full swing now. Consequently, prudence demands that investors not bet on a single player. Rather, a diversified portfolio of leading battery names can generate substantial gains, given the daunting extent of the electrification challenge that the automotive industry currently faces. In this dynamic paradigm, Microvast presents itself as an attractive conventional li-ion battery play.

Note: This post has been updated to provide more clarity regarding the timeline of the DA.

The writer does not have any exposure to Microvast, Tuscan Holdings, QuantumScape, or Toyota