The world is going digital and so are assistants. Every major smartphone manufacturer in the world currently features its very own digital assistant. Apple with its Siri, Google with its Google Assistant, Amazon with its Alexa and Microsoft with Cortana, the companies have developed their digital assistants in accordance with their products. In addition to this, many of these companies have made their personal assistant available on other platforms as well. For instance, Google's digital assistant is available on iOS as well. This might sound a bit odd but gives more choices in the hand of the user. Now, we are seeing another shift from Cortana - moving to the iPad. So let's dive in to see some more details on the matter.

Cortana Is Now Available On The iPad

As we have mentioned earlier, Microsoft's Cortana digital assistant is coming to another platform. The company has announced today that its Cortana app for iOS has been updated with native iPad support. Previously, the app was only available on the iPhone, which made sense as smartphone take the major portion of digital assistant usage. Nonetheless, having it on the iPad is great and features certain benefits for the users. 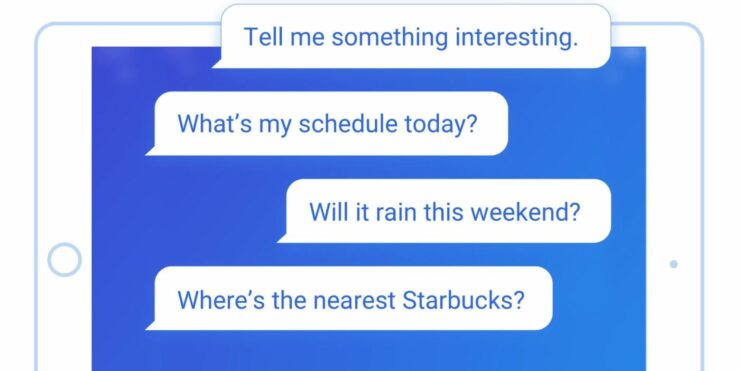 Taking a look at the design of the app, the layout and details look more or less similar to its iPhone counterpart. However, the interface has been optimized for a bigger display of the iPad ranging from 7.9-inch to 12.9-inch. This is definitely a major plus if you're a Microsoft's personal assistant user and own an iPad. It is also noted in the release notes that the app now opens 20 percent faster than before.

So what sort of features does Cortana add on the iPad? Similar to its rivals, Microsoft's personal assistant can set reminders, schedule appointments, provide other relevant information and has the ability to respond to specific questions. It's machine learning techniques would make it work as per your interests.

However, if you like digital assistants on an iOS device, Apple does not allow them to function outside of the app. This makes sense for the company as doing so would limit the usefulness of Siri against its competitors. So you should take note of it.

Cortana is available on the App Store for free, so be sure to check it out. This is all for now, folks. What are your thoughts on Microsoft bringing its digital assistant to the iPad? Share your views with us in the comments.