WinBeta has a new report out claiming that Microsoft is now planning to release a new Surface tablet which is the latest of the Windows RT tablet line up. The new tablet will be a successor to the Surface 2 that was launched in 2013. The Surface 2 was a major improvement from the original Surface and this year’s Surface tab should be significant improvement to the Surface 2. 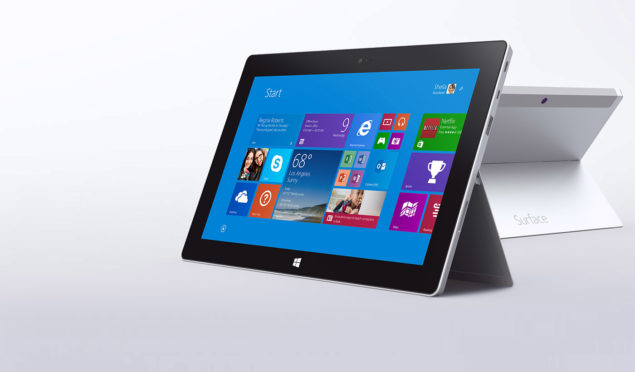 The 'delayed' Surface tablet is now back!

The announcement of the Surface Pro 3 last year without any regular RT version was very strange, the plans for the Surface Mini were in play but they were also canceled just before it was about to launch. WinBeta claims that the announcement for this new version of the tablet will be made at the Microsoft’s Build conference next month and will go for sale soon after the announcement. It will have a full version of the Windows, most likely 8.1 and will be upgradeable to 10 during the summertime. The CPU will be a low specs one, such as the Intel Atom of Core M central processor. This non Pro version of the Surface tablet coming without the Windows RT version clearly states that the RT is now obsolete.

The design of the tablet is also much inquired about and WinBeta says that the Surface 3 will be a fanless device due to the low specs processor. It’s no surprise to hear that the tablet will not be supporting the Windows RT and instead will be featuring the full functional Windows because the company had already deemed the RT as an unsuccessful operating system. Microsoft has finally bid farewell to the RT and are now looking to compete against low priced tablets from several competitors such as Google and Amazon and also high end products from Apple. Let’s hope this new tablet will be an improvement over the Surface 2 and Pro 3.