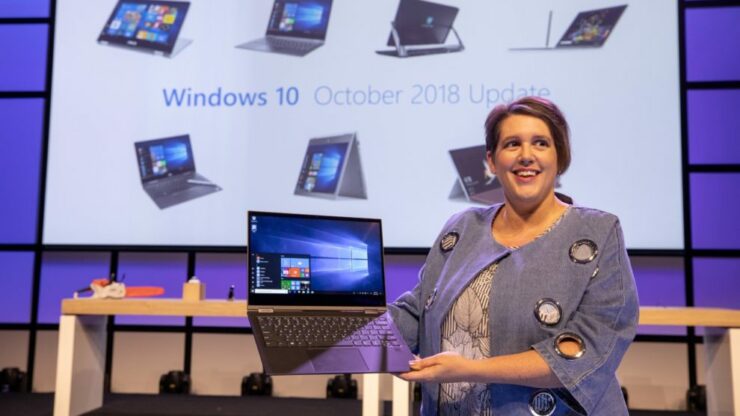 Whoa! That wasn't expected. Unlike the previous Windows 10 updates, Microsoft has totally skipped over the Release Preview ring and made its newest version of Windows 10 available for everyone.

After months of gruelling testing, Microsoft has finally released Windows 10 1809 to the public. Also known as Redstone 5 or the October 2018 Update, the latest feature update brings a number of exciting new features and performance improvements to the users. While the public rollout is expected to take months before everyone can get their hands on the latest Windows 10 version, you can choose to manually install it on your machines right away.

As for the devoted Insiders, they have now moved on to the testing and development process of Windows 10 19H1, which will be the first of the two major upgrades planned for the operating system for 2019. It also appears that the Redmond software maker is letting go of the "Redmond" codename and the future work-in-progress updates will be assigned a number based on the year they are getting released in.

Back to the currently hot news - the release of Windows 10 October 2018 Update. While not many users are excited about this update as they were for the April 2018 Update, the latest version does bring quite a handful of small new features and improvements. These include but are definitely not limited to:

Along with the above changes and improvements, Windows 10 1809 is bringing numerous improvements and adjustments to the Game Bar, Windows Search, Settings, Edge, and Windows Shell. Windows Security, previously Windows Defender Security Center, has also received a Fluent Design overhaul.

Microsoft has opened the floodgates (be warned of the compatibility issues), which means you can update your machines right away. You can also clean install the latest version through the two ways shared in this guide. If you aren't a manual download kind of a person, simply head over to Settings > Update & security > Windows Update to check if Windows 10 1809 is available for your PC.