Microsoft to Kill the Control Panel in Favor of Settings App

Windows 10 users often get frazzled with the existence of two different and somewhat interlinked applications to customize system settings. There is the old and trusted Control Panel and then the newer, but more modern Settings app. Since Windows 8, Microsoft has been pushing its modern interface forward, which gets more refined with the release of Windows 10. In the process of doing so, Microsoft has to let go of some of the older elements that simply make the process complicated.

- How to Activate GodMode and Access 260+ Settings in Windows 10 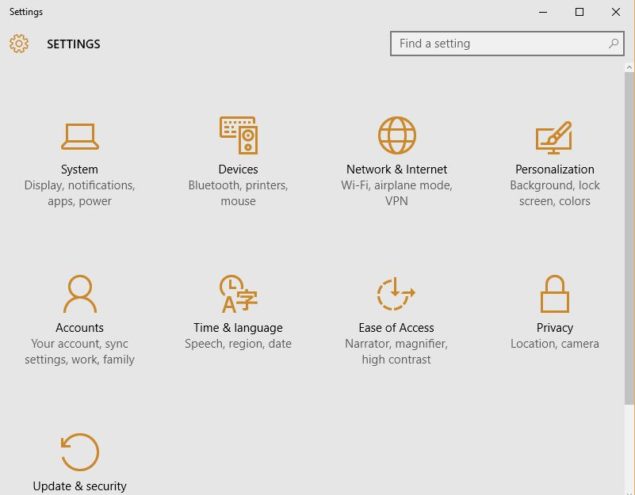 Apparently, Microsoft agrees with users and might just kiss a goodbye to the familiar Control Panel in the future Windows 10 builds. Windows 10 Settings app has become very capable of handling the settings and will be given more charge once the Control Panel is let go of.

Microsoft's senior Program Manager of Windows Insider Program, Brandon LeBlanc, and head of WIP, Gabe Aul, have tweeted in response to a query that the company may soon chop the Control Panel in favor of the Settings app. Currently, when trying to customize the operating system, Windows 10 users have to face a conflicted experience of dealing with two different applications. Acknowledging this confusion, LeBlanc confirmed that the Settings app will eventually supersede the Control Panel.

@billybobjoe2211 @GabeAul Settings will eventually supersede Control Panel. Some stuff not moved over. But haven't had to use CP in months.

With the prospects of Control Panel being removed, there is obviously a very large segment of unhappy Windows users. But Gabe Aul insists that the feedback received has largely asked to get all the Control Panel settings in the new app.

@ttmRX3 Different people have different opinions about this. We get lots of feedback asking to get all CPL settings into Settings app.

With Windows 10 ushering Microsoft to a modern design era, having a Settings app for all the devices will be a uniform solution instead of having two different applications one of which doesn't work with touch-based devices. Let's see when actually Microsoft takes this big leap forward and how users respond to this.

I belong to the group that finds it difficult to get along with newer features when older ones work (almost) perfectly. But, I suppose we would all get used to the Settings app once it's perfected and supports everything that still resides inside the CP. After all, it would bring forward a uniform way of handling system settings throughout the different Windows products. Would you prefer to have only a Settings app for all your customization / settings needs or would you rather have Microsoft keep the familiar Control Panel alive in the coming Windows iterations? Don't forget to share your thoughts with us.