Finally Microsoft got a wake up call, anyone remember the last game released by Microsoft on the PC which WASN'T a horribly coded port (Yes Halo 2 I am talking about you), not only that but one of the greatest RTS games of all time "Age of Empires" ultimately gave up on the PC after Age of Empires and its one expansion pack, and then Microsoft decided that their precious Alan Wake was not PC worthy when they initially claimed it would be a PC exclusive until later on making it a XBOX 360 exclusive. So after killing off a great RTS studio, canceling Alan Wake 2 on the PC and giving us a Horribly coded version of Halo 2 to gouge our eyes out on, what gave Microsoft the wake up call for them to realize that the PC needed more effort? sure they are making peace by giving us Fable 3 and Age of Empires Online (Which will be free)

"There's been a fair bit of criticism aimed at Microsoft that we were spending a lot of our focus on console, and we need to be putting resources behind PC as well," Luehmann said. "Other companies should look to Microsoft for leadership, but I'm not sure they do. It is our job to lead the way on PC. And in some ways we are doing that and in other ways we are not. So we need to step up." "We are putting some real investment and big IPs behind the Windows platform." 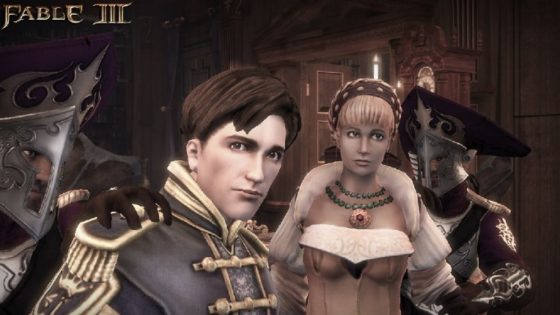 Although I can bet all the change in my pocket that Fable 3 WILL be an XBOX 360 port we can at least hope they take a page from Capcoms porting book and hope fully make it a little better than Halo 2 which was a complete disaster, Not only did the game require Windows Vista the graphics were a bigger catastrophe than Halo: Combat Evolved on the PC. Let's hope that if Microsoft will give us a port they can maybe ask the help of Capcom at least their ports are less prone to problems.