Microsoft has posted a new video, which showcases the new Xbox Store that comes with the New Xbox One Experience on November 12. 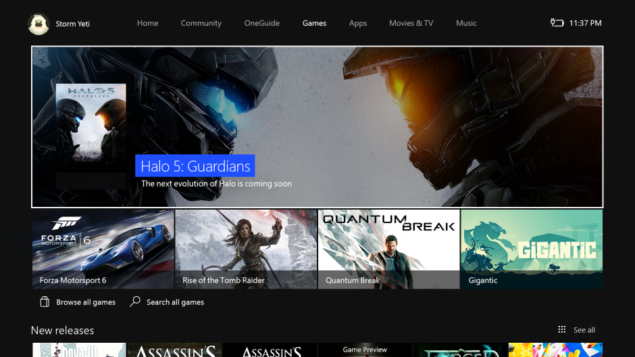 Microsoft posted the new video on their official Xbox Wire. According Microsoft, the new Xbox Store, is much faster and easier to navigate. The new Store menu for each section is streamlined, allowing players to get to add-on content quickly, plus redeem any codes players may have.

Check out the new video below.

On each game’s page within the Store, we’ve reorganized everything to focus on the information that our fans want when making their purchasing decisions. All of the content for all of the games in the Store is front-and-center, from add-on content to videos and bundle items. Browse some more and you’ll be able to see active Twitch broadcasts for a game, popular screenshots and videos that players have created, and – of course – access each title’s Game Hub, so that you can check out the latest updates on your favorite games directly from the game developers, and see which of your friends play the game. You can also compare Gamerscore, Achievements, and other game stats with your friends.

“The New Xbox One Experience will be powered by Windows 10, elevating the gaming experience on Xbox One. Integrating the speed of Windows 10, the New Xbox One Experience will get you to popular gaming features up to 50 percent faster”, said Ybarra on the Xbox Wire Website.  Early speed comparisons however, show a speed increase of more than 50% on most parts.

The November update also marks the launch of backwards compatibility for the Xbox One. At launch players will be able to play over 100 Xbox 360 games on Xbox One with hundreds more in the months to come. The full list of games that will be available this month, will be made available on November 9.