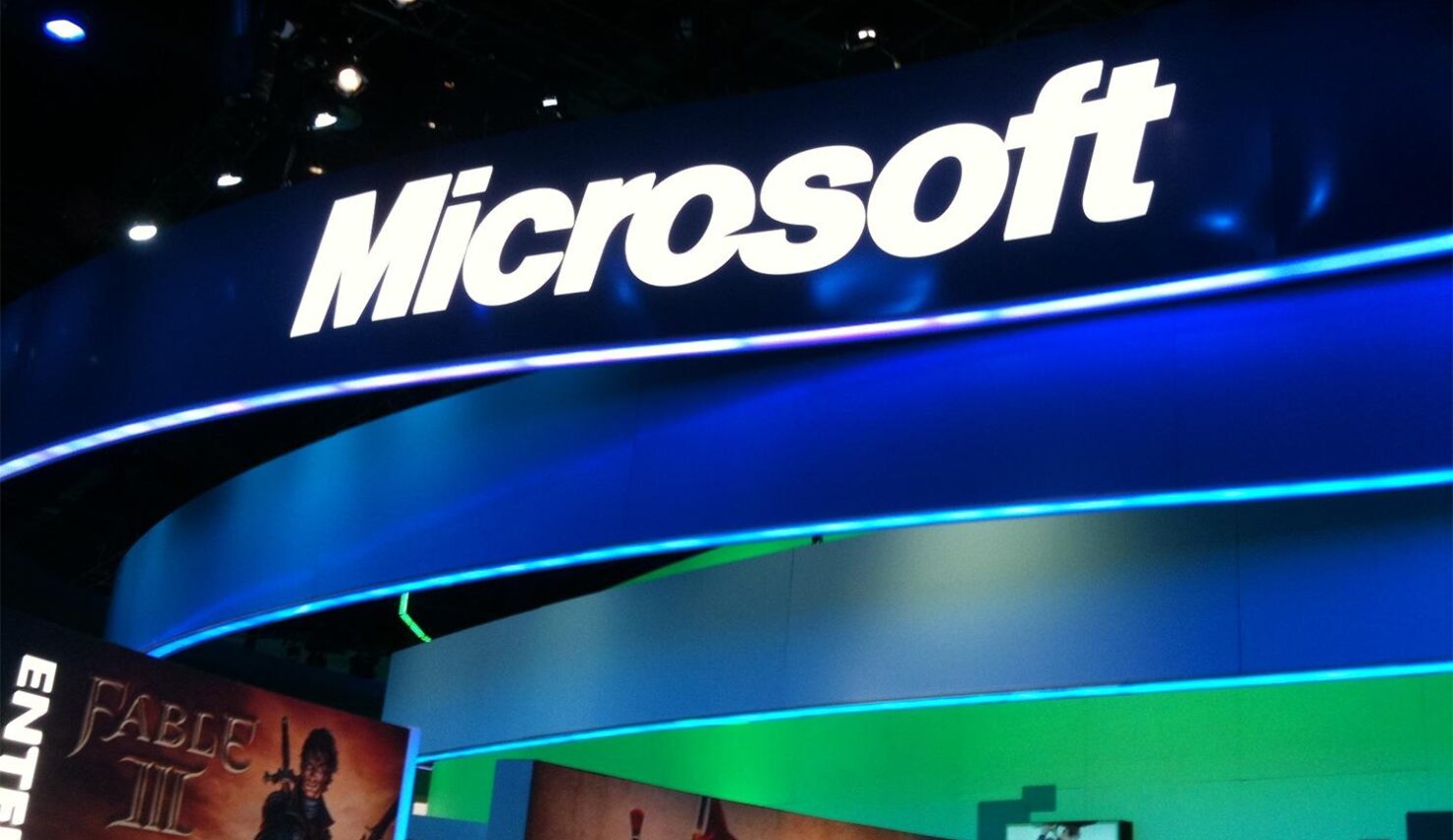 With Microsoft's (NASDAQ: MSFT) FY16 Q4 Earnings out, the company's looking to stabilize matters using cloud computing. After some rather disappointing runs with mobile investments, it's the cloud that has caught Nadella's attention. Redmond's been eager to cite the run rate for its commercial cloud services, which saw a couple of good wins recently, but overall, they fail to make up for earlier losses and growth slowdown.

As Microsoft starts to struggle in the personal computing segment, the company's been looking at other growth options for quite some time now. Windows Mobile was one such attempt, but its impact still continues to affect the company's financials. With Q2 results being out after market close, it looks like partnerships with Amazon, Boeing and GE are finally starting to pay off for the software and gaming giant.

While Wall Street in general rejoiced when Microsoft (NASDAQ: MSFT) reported Earnings Per Share of $0.69, the company is still recovering from the far reaching financial impact of Windows Mobile. 'Phone' still accounts for a 71% decrease in revenues, so looks like we won't be getting to hear any more talk about Windows Mobile in the future. Aside from EPS and its subsequent impact on share price, overall outlook for the company seems to be moderately optimistic.

8.8% decline in revenue (year over year)

Year-on-Year revenues for the company fell to $8.5 Billion, from $9.4 Billion last year, marking for a 8.8% decline. The drop came directly as a result of a $14 Billion drop in sales of products, a segment which also includes 'More Personal Computing' which deals with the company's mobile devices. However, server based revenues, which includes Azure, saw an increase of 7% to $6.7 Billion. In fact, its been Azure that's been very popular among a lot of corporations out there, and is the primary reason outlook on the company remains optimistic. 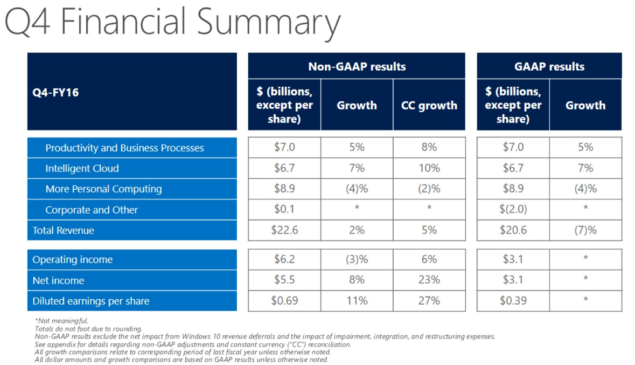 Microsoft (NASDAQ: MSFT)'s made some major hits with Azure lately, especially as Boeing and General Electric both announced their decisions to use the company's cloud for their data servicing needs. Even though this gain sounds small on paper, the long term potential of Redmond finally expanding to cloud based data analytics shouldn't be underestimated in any regard. In fact, these have led CEO Satya Nadella to believe that the company will be able to achieve $20 Billion by 2018.

With Redmond, Boeing will be able to consolidate its massive pool of data on a single platform. This, in turn will allow the company to carry formulate much more effective models and eventually contribute towards improving processes and services. For General Electric, the integration of Azure with its Predix will be another inroad into cloud computing as a complete platform for industrial scenarios; a factor that was also reflected with Microsoft's announcement of its acquisition of network LinkedIn last month.

Moving towards mobility, the company's Surface lineup still manages to outdo itself. Both the Surface Pro and the Surface Book contribute to a 9% increase in revenues. So even though Windows Mobile might not have been up to the mark, Redmond's effective integration of design, portability and performance on its portable computing lineup continue to pay off. Its all about the cloud for Microsoft as this FY16 comes to an end, especially as another strong growth segment being Office 365.

Office 365 commercial, Office consumer products and Office Cloud services all grew 73% over the year indicating that Microsoft's finally started to take steps in the right direction. While the Surface lineup might be popular, the company's strength has always been software. With Azure and Office 365 we expect more stable moves in this direction. Still, the company's cost of revenue for services also continues to increase. The company's also piled up short and long term debt, both of which have increased by $7.9 and $12.9 Billion respectively.

MSFT Corp. (NASDAQ: MSFT) was trading at $53.09 on June 19th, down 1.6% from the previous trading day. Thomson Reuters put mean EPS for Microsoft at 58 cents, with the four week prior high and low estimates being 63 and 55 cents respectively.