Anyone who doesn't know about Star Wars either by the games or movies is either not human or is the most clueless person in the galaxy. Microsoft is showing its love for Star Wars by making a special Edition XBOX 360 to celebrate the release of Star Wars Kinect coming to the XBOX 360 soon. The new XBOX 360 is the Slim model of XBOX 360, it comes with a 320GB HDD and a Kinect sensor but that isn't the only appealing part of the console. The body of the console itself is perhaps its biggest selling point!. 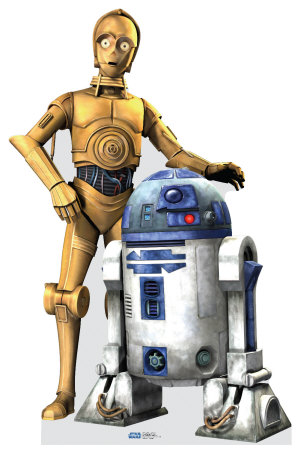 And here they thought they wouldn't be remembered after the Star Wars movies ended. Oh how wrong they were, Thanks to Microsoft they can now be remembered in the hearts of many for many years to come.

What do you get if you put C-3PO and R2-D2 through a trash compactor and recycled their spoils? You would get a XBOX 360 made by the body of R2-D2 and a golden controller for added bling (Well at least someone finally found a good use for 3PO) Now if only they made the box out of gungan skin they would help provide a more welcome environment to the Star Wars world but you will have to settle for the console and remote for now.

With a golden colored remote how can you NOT buy this XBOX 360? I mean it comes with Kinect, 320GB HDD, its the new Slim model and the 360 even does R2-D2 trademarks beeps for powering on and off, ejecting / inserting a disc etc so if you need any more reason to buy this then look no further. Microsoft is no stranger to making customized consoles, they have done it with other major titles such as Forza, Halo and Modern Wafare 2 so this is just another one for the record books but this console model is by far my favorite.

The console is scheduled for a Christmas 2011 launch and if you buy Star Wars Kinect with the package you can get the WHOLE deal for a jaw dropping price of USD $449.99 which is a PRETTY unbeatable price considering the HDD Size, Kinect and the look of the console.