Microsoft has promised to bring new first-party titles to PC games library. The games support for Windows by Microsoft has been inevitably near to the ground for the last several years taking the company was too busy with its dedicated gaming consoles, but the company plans to evoke the game development for PC.

Everyone has their eyes on the next generation consoles in this revolutionary time in the gaming industry. Microsoft is also a dedicated gaming console manufacturer and it is jumping into the next-gen with Xbox one that is only a couple of weeks away from its launch. Despite this, Microsoft has taken out some time to extend the first-party games library of PC, the platform that is entirely powered by Microsoft but still gets very little of its attention in the games sector.

Microsoft's attention to the development of PC games started dwindling since the Xbox 360 stepped into the spotlight and the support almost stopped gradually. Microsoft Studios VP, Phil Spencer admitted this to Shacknews in an event previewing Xbox One. He said, "I think it's fair to say that we've lost our way a bit in supporting Windows games," meantime revealing that Microsoft still care about PC, he said, "But we're back."

"Windows is incredibly important. The 'One Microsoft' mantra that's come out had us looking at all the devices that Microsoft builds and truly becoming a first-party gaming studio across all devices." Phil said.

Confirming that Microsoft is working on first-party PC games and that this time the game projects are huge, he said, "You'll see us doing more stuff on Windows. We probably have more individual projects on Windows than we've had in ten years at Microsoft Studios."

Casual games keep coming along, but gamers that only consider PC as the machine that can play it all for them need core games. Players have been waiting for first-party core PC games by Microsoft but they never got something big to talk about, this is hopefully soon going to change as Phil said, "At the launch of Windows 8, we had about 30 games in the Windows Store. A lot of those you'd consider lightweight or casual games... But we've covered all of that property now. Now we're starting to look at bigger and core gamer things. I'm excited by that." 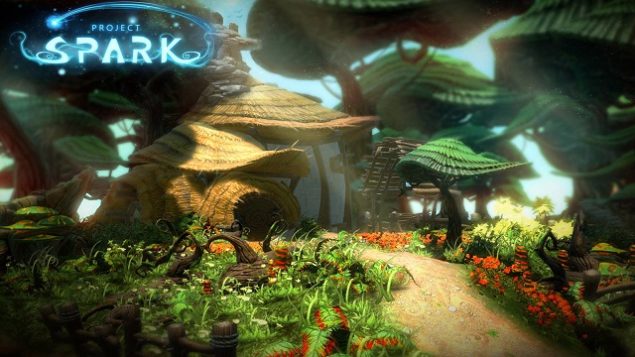 It would be great if Microsoft starts supporting PC again by focusing on Windows games. Guess it has already started, Microsoft is releasing Titanfall and Project Spark on PC. Players would enjoy cross-platform gaming on Microsoft’s platforms with Project Spark. Microsoft can gain a lot of advantage in the next-gen fight by keeping the PC up to its standard.