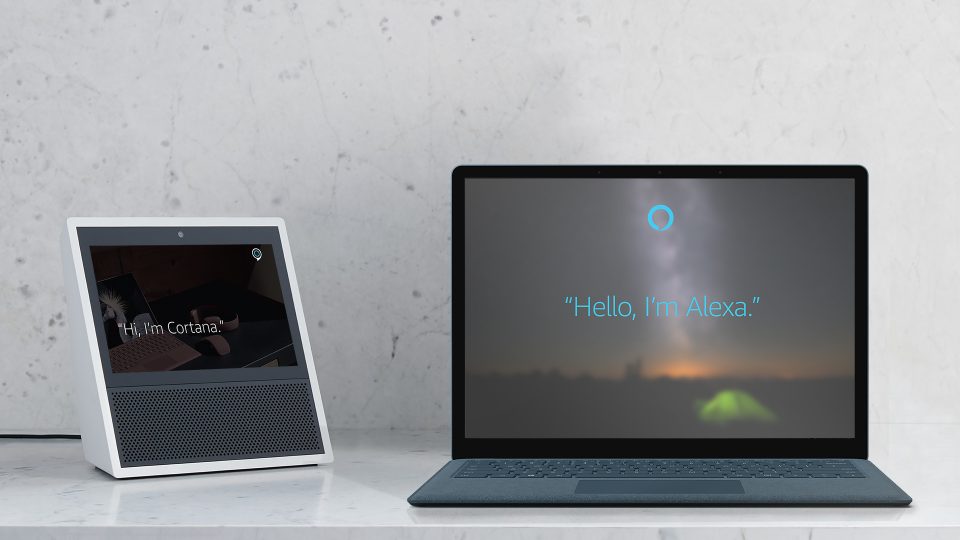 Microsoft and Amazon have announced their partnership to bring their host digital assistants closer. The two companies have announced that Alexa and Cortana will soon be able to talk to each other. This means that whatever devices these digital assistants are on, they will be able to summon the other in a jiffy. For instance, you will be able to tell the Amazon Echo, ''Alexa, open Cortana,'' and same goes for Windows 10 devices as you say, ''Cortana, open Alexa.'' So let's dive in to see some more details on the subject.

Alexa And Cortana Comes Together In Amazon/Microsoft Partnership

It does not seem fancy just yet, but since each digital assistant has its own set of features which it excels at, summoning up your desired one will enhance utility. For instance, if you want to make use of the Outlook Calendar or check your emails, you can ask Alexa to open Cortana for you because it will do it better than the prior. Same goes for users who are interested in ordering stuff online. You can simply ask Cortana to open Alexa for you which will navigate you to Amazon.com. According to Microsoft's press release, the interoperability will be available to users later this year.

Alexa customers will be able to access Cortana's unique features like booking a meeting or accessing work calendars, reminding you to pick up flowers on your way home, or reading your work email – all using just your voice. Similarly, Cortana customers can ask Alexa to control their smart home devices, shop on Amazon.com, interact with many of the more than 20,000 skills built by third-party developers, and much more.

As reported by the New York Times, Amazon captures nearly 70 percent market share of the smart speakers. Moreover, the numbers are said to increase as Alexa will be incorporated in the Sonos speakers later this year. In addition to this, with credits to Windows 10, Cortana features about 145 million active users. However, even though their numbers are huge, the two digital assistants still lack far behind Apple and Google.

This is definitely a wise step taken by the two companies. For one, it will benefit the end user as it generates more possibilities and enhances the functionality of a digital assistant beyond its boundary. Apart from this, the move will save both digital assistants as overall usage will be increased.

This is it for now, folks. What do you think about Amazon and Microsoft's partnership to bring their digital assistants closer to work together? Share your views in the comments.