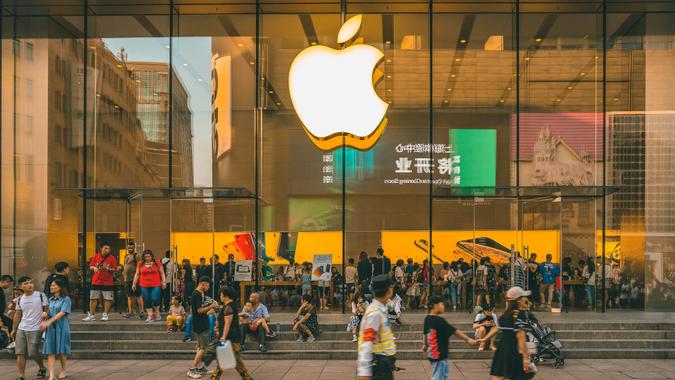 Michael Burry will always be remembered as the fund manager who correctly spotted and then profited massively from the blowup in collateralized debt obligations (CDOs) that led to the financial crisis of 2007-2008. Well, the star of the “Big Short” movie is now out with a fresh bet against Apple.

As per the Form 13F filed by Burry’s Scion Asset Management with the SEC, the famed investor has bet against Apple via put options corresponding to 206,000 shares. Crucially, with a market value of over $35 million as of the 31st of March 2022, this is Burry’s biggest bet for the first quarter of 2022.

Of course, this development comes as Apple shares have been hammered by a double-whammy of sorts, with Federal Reserve’s incessantly hawkish monetary policy continuing to hammer equities and aggravated by China’s zero-COVID lockdowns that have disrupted supply chains and reduced consumer demand in the world’s second-largest economy.

In fact, just today, Nikkei Asia has reported that China’s big three smartphone manufacturers – Xiaomi, Vivo, and Oppo – have collectively reduced smartphone orders by 20 percent for FY 2022. This news is also having a spillover effect on Apple, with the tech giant currently down around 4 percent in the regular trading session. The publication noted:

"Xiaomi, China's biggest smartphone maker and No. 3 globally, has told suppliers that it will lower its full-year forecast to around 160 million to 180 million units from its previous target of 200 million."

Of course, Burry’s bet against Apple might have little to do with the company’s intrinsic strength and more to do with the deteriorating macroeconomic environment. As US consumers find themselves hemmed by a historic inflationary impulse, the room for discretionary spending, including splurges on Apple’s iPhones, is decreasing rapidly. As an illustration, look no further than Target and Walmart. Both of these stocks are currently down substantially after providing atrocious guidance.

Apple shares are down over 21 percent since the start of the year, having crashed into a bear market last week. As a consequence, Apple is no longer the company with the highest market capitalization in the world, with that title now resting with the Saudi oil giant Aramco.