Metro: Last Light isn't due for another year or so but that doesn't stop the game from making its appearance at E3 along with more details and game play videos but for now a gameplay trailer has made its way on to YouTube which shows some new game play of the game and I have to say that if you thought the last game brought your system to it's knees then you better be packing some serious muscle under your case this time around if you want to play this game maxed out. 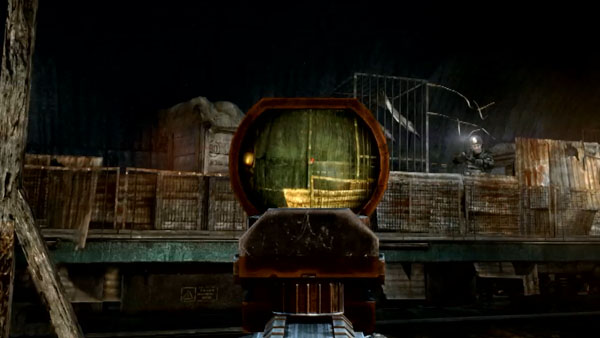 Metro: 2033 was a game that managed to bring the mightiest of systems down on their knees to the point where even gamers with hexa core PC's and SLI setups couldn't run this game above 60FPS on their desired settings of 1080p and even lower with 3D Enabled but now it seems that Metro: Last Light has raised the graphical level of what is possible and has made sure that the current generation hardware will once again be at the mercy of this game.

Perhaps the most impressive aspect of the game play trailer is the lighting, I am very surprised that how this game is able to look like it can be run on the average desktop but in fact requires a ton of muscle just to be seen in its full beauty. None the less all will be revealed at this years E3 and hopefully when we hear something about an official list of system specifications which will help gamers be better prepared for this game.