Meet the Unique Bosses of Lollipop Chainsaw; Leave Your Jaw at the Door

So Lollipop Chainsaw is a unique zombie action adventure game starring Juliet Starling who is a female Frank West / Chuck Greene but doesn't shy away from zombies without a strong arsenal of make shift weapons. Equipped with her own "unique" arsenal of weapons including a skimpy cheerleader outfit, pom poms and a chainsaw she isn't one to need duct tape or a work bench anytime soon. But with unique weapons come unique bosses, meet the various bosses you will have to face down and defeat, but these aren't your modern western developer bosses. These bosses have gotten the touch of "only in Japan", to see what I mean just watch the whole trailer. 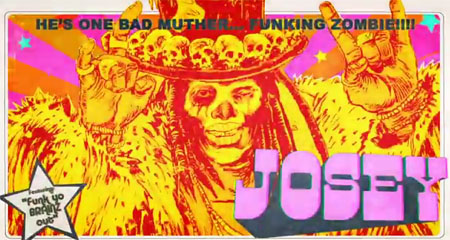 One of the many "unique" bosses you will have to deal with.

Lollipop Chainsaw comes from the brilliant mind of Suda 51, the same people who gave us Shadows of the Damned" Which I might say is a simply outstanding game but their latest project Lollipop Chainsaw proves to be more colorful, explosive with excitement and have over the top boss fights like never before. While the following trailer might make your jaw drop to the floor because of the amazing design of each boss I assure you that the game will definitely work out for the better.

While the boss battles are certainly the most imaginative I have seen in a long while I have no doubt that this will only help Lollipop Chainsaw be a smashing success (this and the fact that she is a cheerleader who has pom poms, a skimpy cheerleading outfit and a bad ass chainsaw to complete her image) and you have the ultimate female protagonist in a Japanese title.

So tell me, which boss surprised you the most?