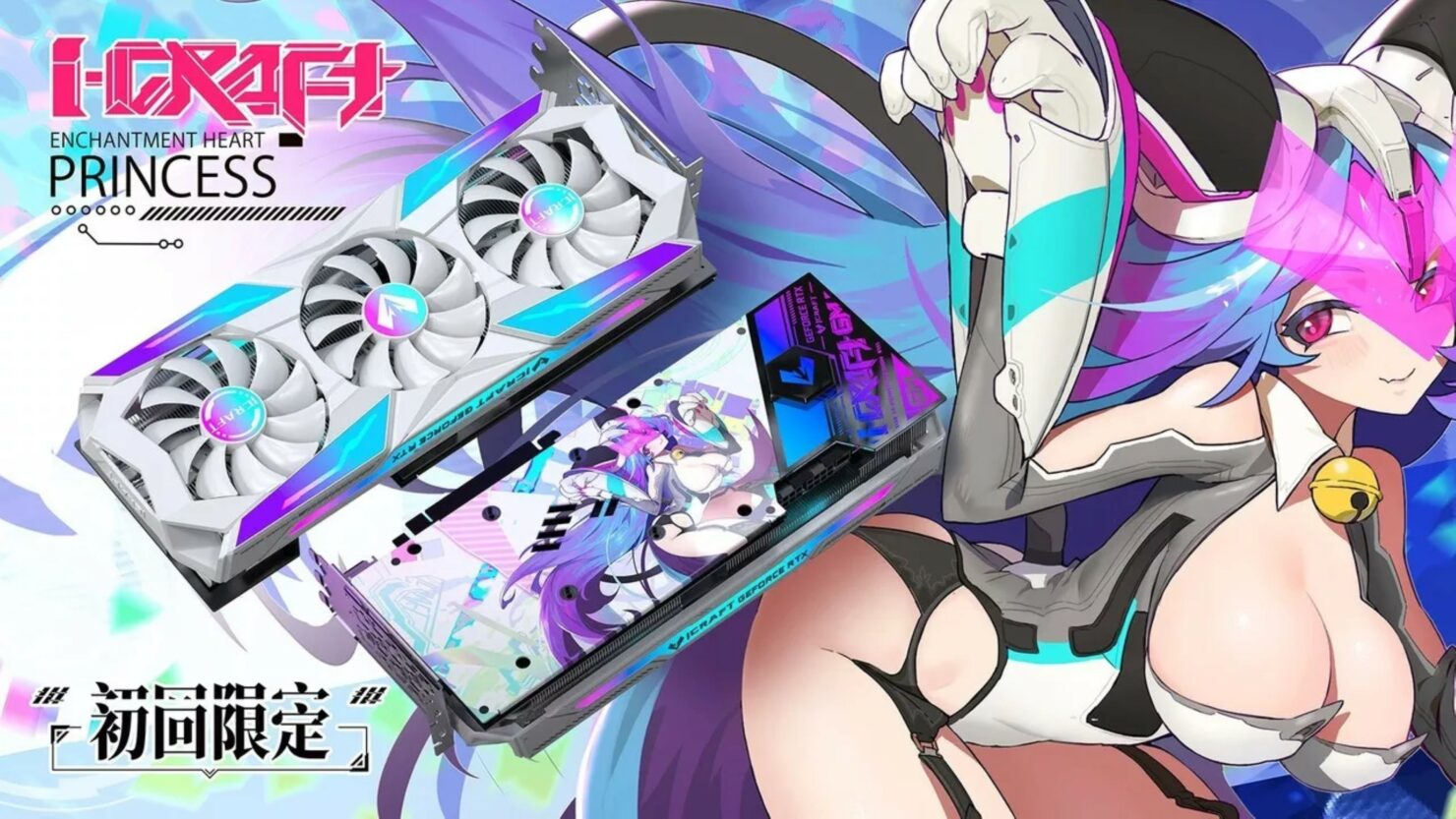 The first two graphics cards to talk about are the Maxsun GeForce RTX 3080 iCraft OC and the RTX 3080 iCraft GM OC. Both of these graphics cards feature a very solid design. The iCraft variant has the standard and factory overclocked variants. The card features a large triple-fan cooler with a 2.7 slot design. The fans are comprised of 11 fan blades which directly cool the massive aluminum heatsink that rests over the PCB components and features 6 copper heatpipes running through it.

The backplate comes with a solid metal design with a dual-tone finish which includes matte black and brushed aluminum colors. The sides and backplate are illuminated with RGB LEDs which give out a spectacular light show.

The standard variant features a boost clock speed of 1710 MHz while the factory overclocked card comes with a 1740 MHz clock speed bump. TGP for both cards is maintained at 320W and requires a dual 8-pin connector setup to boot. You get the standard 3 DP and 1 HDMI display output config. Both cards feature Maxsun's custom PCB design which conforms to their S.I.P technology. The RTX 3080 iCraft OC will retail at a price of around 5499 Chinese Yuan or around $830 US, as reported by Videocardz (via DIY.ZOL / Momomo_US)

The GeForce RTX 3080 iCraft GM OC is a more premium model that makes use of ARGB LEDs and comes with a more stylish backplate that looks absolutely fantastic on the card. You retain lighting on the backplate, sides, and the front of the card but ARGB makes it just a whole lot better if you want your PC to bling and stand out from the rest in the aesthetics department.

Lastly, we have the Anime inspired design for the GeForce RTX 3080 iCraft GM OC which features the "Enchantment Heart Princess" anime-inspired design. Since these cards are mostly aimed at the APAC region, you won't be able to get hands on these cards unless you pay extra for shipping. The cards feature the anime character on the packaging and on the backplate of the card itself. The standard GM OC variant will retail for 5999 Chinese Yuan or $900 US while the anime variant will cost you around $1000 US (6499 Chinese Yuan).

According to Maxsun Malaysia, the anime variant is also available in GeForce RTX 3070 flavors but expect a $100-$150 US premium on those cards too. The RTX 3070 will be available in standard OC and GM iCraft series variants.